Low-carbon mobility for mega cities: What different policies mean for urban emissions in China and India 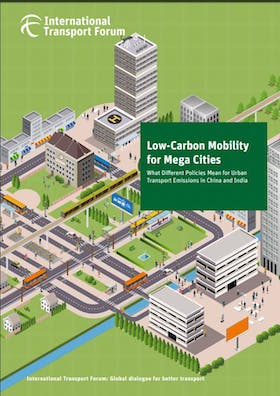 The rapid economic development of China and India has gone hand in hand with significant increases in the number of motor vehicles on the streets, notably in vities.

In India, the number of passenger motor vehicles grew from 16 million in 1990 to 131 million in 2014. Only 16 per cent of these are cars – a share that will dramatically increase in the coming decades.

This publication presents results from a series of policy scenarios that examine how different urban transport policies will affect motorisation rates in ten major Chinese and Indian cities through 2030 and 2050.

The outcomes were derived using data from ten specific cities, but the insights gained can also benefit other urban areas within and beyond China and India that face similar challenges in developing efficient and sustainable urban transport.