How can Renewable Energy Technology be Extensively adopted in Developing Nations 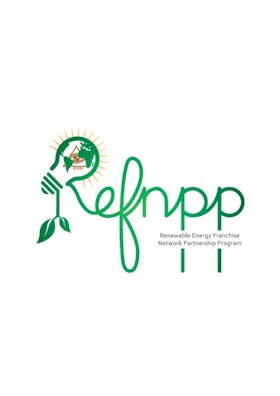 This is an excerpt of an Article contributed to Energy Manager April-July 2011 Issue by Mr Langton Makoni.

The current energy supplies provided in most developing nations is unsustainable to the populace and promotes emissions which cause local, regional, and global environmental problems. Projections indicate that energy demand within developing nations will continue to increase dramatically. Although fifty years of market exposure have proven Renewable Energy technologies to be unequivocally reliable and durable, the commercial Renewable Energy industry especially within Developing Nations is still in its infancy, and the electricity markets in developing parts of the world remain almost completely untapped.

With the advent of Climate Change, Pollution, and Energy insecurity European Governments stepped up efforts in restructuring their Energy Infrastructure. To date, 20 countries within the European Union bloc have adopted initiatives such as Feed-In-Tariffs (FiT) for renewable energy generation. For over a decade, nearly 100% of all Solar Power generation, 85% of all Wind Power generation, 68% of all Bio Power generation projects within the EU states have been installed through the FiT program. Prior to 1997, the total Wind Power installed in Europe was 5 GW. Over a course of 12 years, some 60 GW wind capacity has been installed with FiT’s. As of November 2010, over 900 MW of Solar Power were developed through FiTs. In Europe FiT’s policy mechanism has been by far the most cost-effective initiative that has both encouraged and accelerated the adoption of renewable energy generation.

An energy paradigm shift which invites innovative and inventive ideas is a recipe which needs to be explored in an attempt to extensively adopt Renewable Energy Technologies within developing nations. By absorbing and adopting the best ideas and technologies from first world countries much can be done to revive the energy sector. A Renewable Energy Technology Adoption Recipe is an integration of manufacturers of various technologies, energy service providers, industry associations, private and public organizations with a prime goal to facilitate the extensive transfer of RET’s. The recipe encourages policy change (tax and duty exemptions on green products, employ feed in tariffs) and functions as a project developer (rural electrification), facilitator of funding, promoter of green initiatives and demand for green technology products within different regions/countries in developing nations.

Renewable Energy Technology Adoption Recipe Components: The components are an part of the adoption recipe and will be a coördinated effort to assess which renewable energy technology makes utmost sense for a particular geographic area and for what purpose. The collaborative unit will essentially function as a to stimulate of renewable energy demand and supply, providing comprehensive communication education towards users, and work in synergy with governments in developing new innovative ideas to tackle their energy related problems.

Manufacturer Component: Are the producers of green technology products with a strong desire to grow and strengthen demand of their products within a market. Their active role would essentially drive the creation of a renewable energy infrastructure were various technologies ( i.e Bio-Power to Wind-Power) are introduced into the energy market mix.

Energy Service Provider Component: are the local suppliers of energy, they are also central to the creation of an energy infrastructure that is effective and efficient. They realize the correlation between adopting renewable energy technology and meeting local energy demands. Their role would be to embrace renewable energy technologies and develop strategies that coincide with creating a sustainable energy future which is harvested, converted, distributed and utilized in a way that meets local demands.

Industry Associations Component: their role is to provide advice and support to governments and energy service providers. They assist them in structuring their energy infrastructure, development of clean development projects and guiding them towards instituting policies to promote renewable energy utilization. Government Component: realize the enormous potential renewable energy has in the improvement of social economic quality of lives of its citizens. In recognizing that importance, they are proactive in providing a conducive environment for which renewable energy technology can be adopted with ease. Their role would be instituting policies favorable towards growth and development of renewable energy technologies, providing incentives to early adopters, partnering with financial institutions, and promoting the development of local projects.

Financial Institutions Component: are the drivers of adoption recipe. An innovative approach which invites international funders not just from non-profit organizations is necessary to allow for the commercialization of renewable energy technologies in developing nations. One technique is the fund guarantee system for construction of renewable energy projects. Financial institutions would essentially work collaboratively with both governments and energy service providers through combining expertise provided for by industry associations on the feasibility of the projects. This would greatly ease up the challenges being faced in their bid to energy infrastructure.

Private Organizations Component: include local entrepreneurs whom are to execute small-scale renewable energy-based projects in urban and rural areas of developing countries utilizing on the knowledge, expertise and research provided to them by renowned players. Utilizing on Renewable Energy Technologies to tackle the current challenges developing nations face by far brings in enormous potential towards socio-economic development and climate change to Developing Nations. The adoption recipe essentially irons out much of the challenges being faced today in the adoption of renewable energy. However, it can only be created by a synergistic approach of the various components discussed above to form a system.

Let’s work together towards building a foundation that will see the masses being emancipated from decade’s long energy starvation and contributing significantly to current climate challenge we face.