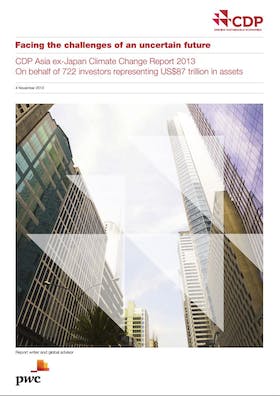 This report analyzes the 2013 responses from the Asia ex-Japan 400 sample. The Asia ex-Japan 400 sample consists of the 100 largest companies by market capitalization in China, 100 largest in India, 30 largest from Korea and 170 largest from Hong Kong and South East Asian region. These are considered to be the companies of greatest interest to investors and represent a sample which can be meaningfully compared to each other in terms of size and significance to the region’s economy. This year 37% (147) of companies from Asia ex-Japan responded to CDP - a 16% increase from 2012.