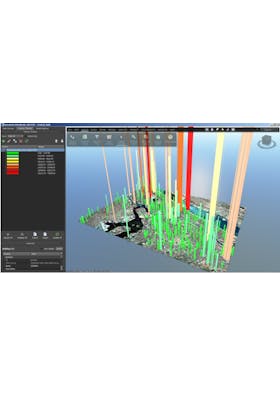 In December of 2013 Autodesk was honored with a #1 spot in the world’s first science-based ranking of corporate greenhouse gas (GHG) targets by Climate Counts .

The recognition was a result of Autodesk’s Corporate Finance Approach to Climate-Stabilizing Targets (“C-FACT”) methodology, which it adopted for its own operations, but also made publicly available in 2010 to spur other corporations to set (GHG) targets grounded in climate science.

Autodesk, with support from global accounting firm Deloitte, is now releasing a version of the methodology tailored for cities, which represent the majority of global GHGs and are actively setting targets to reduce the emissions from within their borders. With support from Deloitte, as with the original C-FACT for corporations, the city version is a free, flexible, verifiable and transparent approach to greenhouse gas target-setting, that, most importantly, is grounded in climate science.

As with the original C-FACT for corporations, the C-FACT methodology offers city leaders a step-by-step method for calculating GHG reduction targets that are in line with scientific climate stabilization targets from the Intergovernmental Panel on Climate Change (IPCC), and in proportion to cities’ relative GDP growth.

It seeks to offer a fair, verifiable, and flexible methodology that uniquely combines intensity and absolute targets for cities of varying sizes, GHG footprints, and growth prospects. It allows cities to align their targets with the reduction pathways recommended by the scientific community for stabilizing the climate, but also in proportion to their cities’ relative contribution to the economy. In other words, it is aggressive only to the degree needed to attain climate stabilization, not more, not less.

C-FACT adheres to the following principles:

Fairness: Acknowledges that city commitments should be proportional to their value to the economy and not to the city’s existing size and footprint. This principle helps to avoid unequal treatment of cities of varying sizes, GHG footprints, and growth prospects.

We call on city leaders around the world to step into the global and national political leadership void by setting science-based climate targets, and hope that this C-FACT tool makes that easy and cost-effective.

For more information, and to download the C-FACT tool for cities (as well as the original C-FACT for corporations), visit Autodesk’s Sustainability Solutions website, or contact us at Sustainability.Solutions.Team@autodesk.com.