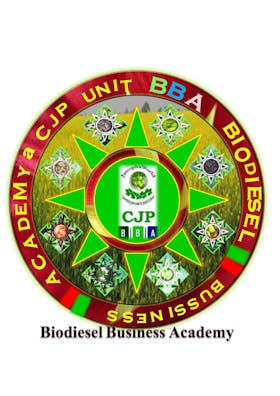 A Bean Called Castor Can Cut Carbon & Fuel the Future

Castor is an important non-edible oilseed crop of the family Euphorbiaceae with great utilitarian value in industry, agriculture and pharmaceutical sectors. The presence of hydroxyl group and double bonds in ricinoleic acid (D-12-hydroxyoctadec-cis-9-enoic acid) imparts unique chemical and physical properties for castor oil which makes castor oil a vital industrial raw material and stabilizes the oil against oxidation. The Center for Jatropha Promotion & Biodiesel (CJP) has identified, developed and cultivated as many as 15 non-food oil crops. With years of continuing research, experiments and trials has provided an adage to find and develop sustainable second-generation biodiesel feedstock with low cost input technology. In the search for more environmentally friendly fuels, the use of castor oil as “Biodiesel and Biojet fuel” has proven to have technical and ecological benefits, and stands as an opportunity for agricultural development in arid and impoverished areas throughout the tropics and sub tropics globally. Besides reducing life-cycle emissions because of its high oil content (50%), relatively high crop yield and less competition with food crops. Life cycle analysis of biodiesel produced from castor showed that the greenhouse gases emissions were reduced by 90% when compared to petroleum diesel. Given the widespread presence and ease of cultivation of the castor oil plant it could be cultivated in conjunction with subsistence agriculture programs as a potential oilseed feedstock for biodiesel CJP has honour to establish this untapped resource as alternative source for Bio- Diesel industry of future. More at  http://www.jatrophabiodiesel.org/castor/index.php

Castor (Ricinus communis L.) is an important non-edible oil crop of the spurge (Euphorbiaceae) family and is believed to have originated in Abyssinia. It is widely distributed throughout the tropics and subtropics, and is well adapted to the temperate regions of the world. Castor is grown on a total area of 1.4 m ha with an average production of 1.3m tonnes, and productivity of 950 kg/ha (FAOSTAT 2008) (Table 1). The major castor producing countries in the World are India, Brazil, USSR, China and Thailand, while the major importing countries are the USA, China, USSR, the EEC and Japan. India, with an annual production of 10.5 lakh tonnes, is the leading producer of castor in the world. At current levels of production, the country accounts for 56% of area and nearly 69% of the world’s output of castor. Castor oil and its derivatives, besides being used in medicine, are used in a wide range of sectors including agriculture, textile industry, paper industry, high quality lubricants, plastics engineering, rubber and pharmaceuticals (Ogunniyi, 2006). Consequently, there has been a steady increase in the demand of castor oil and its products in the world market due to their renewable nature, biodegradability and eco-friendliness.

In the recent past, castor has assumed priority as it is an undemanding non-edible oilseed crop which can thrive well in a variety of climatic, rainfall and soil conditions besides being renewable and completely biodegradable and is easily adaptable for tropical, sub-tropical and temperate regions. It avoids the competition on land use for food and animal fodder. The crop is toxic and not browsed by cattle. Castor also holds promise in augmenting and buffering the variation in the tree oilseeds productivity both as sole crop, intercrop or perennial shrub. Castor is naturalized and cultivated in all temperate countries of the world. Castor has the advantage of the availability of world class technologies and varieties and hybrids suited for different climatic conditions. Castor has the potential to yield 350-650 kg of oil per hectare under rainfed cultivation and 800-1200 kg oil per hectare under irrigated conditions. Castor has the potential to yield up to 4-5 tonnes per hectare to obtain a maximum of 2000 kg/ha of oil. Estimated CO2 absorption level of castor bean plants is 34.6 tonnes per hectare with 2 growing cycles/year. The use of castor oil as biodiesel has proven to have technical and ecological benefits and provides opportunities for agricultural development in marginal and sub-marginal lands.

Castor as a Biodiesel Crop

Extensive cultivation of the varieties and hybrids under high inputs, without proper scientific management and crop rotation, has made them vulnerable to a number of biotic and abiotic stresses. The productive plantation of Castor Plant needs to be scientifically managed for better growth and production. The growth and yield of the plant could be improved through effective management practices. The enhanced cultivation technology and improved inputs developed by CJP may provide about 2-7 k liters of biodiesel in conjunction with couple crop agriculture without displacing food crop and without utilizing prime food land in terms of sustainable farming techniques

The key factors that can influence the oil yield of Castor Plant are:

CJP carefully manages Castor Plant cultivation, with advanced crop practices suitable to local soil, weather, pest, and disease conditions to ensure the high amount of oil as we have developed enhanced technology with regards to:-

The key factors governing profitability of large scale production are:

CJP’s Researchers have developed standardized techniques for growing Castor Plant on large scale. CJP ensures Organic Castor plantation right from the land preparation, crop management to production of end product. CJP Castor oil Farms are under the vigilant supervision of agronomists, who make sure that the latest and best breed of Castor Plant, is being planted. However, we keep a close watch on the research results of Castor Plant breeding by studying thousands of Castor Plant variants, identifying and collecting the best sources of high-quality. This not only removed the uncertainty from the yield, it also provides multiple harvests within a few months. Accordingly, the enhanced variety of castor with regards to seed yield and oil yield and the enhanced castor Cultivation techniques may ensure proper and profitable production of the OIL CROP providing early fruition and flowering. We have released “Castor Cultivation Technology” at an affordable Price.

Castor as a biofuel crop

The fluctuating oil prices, depleting fossil fuel reserves, increasing concerns of global warming and potential economic opportunity demands for renewable sources of fuel. The feedstocks used for biodiesel include edible oil but the debate on food vrs fuel indicates the need for introduction of alternative feedstocks which meet the criterion of  1) sustainability – not complete with food crops for land or water resources, not promote deforestation, the total life cycle GHG emissions should be low compared to fossil fuels, 2) renewable and continuous availability – reliable supply with potential for large-scale production, and 3) economically feasible - competitive compared to prices of vegetable oils and fossil fuels..  In the recent past, castor has attracted the attention of the researchers at USA and Brazil because of its high oil content (50%) and relatively high crop yield which can produce upto 140 gallons of castor oil per acre and provides a safe opportunity for biodiesel production without the risk of displacing food crops. Castor is a summer-grown crop that fits well in Mississippi and other parts of the Southern United States. Estimated CO2 absorption level of castor bean plants is 34.6 tonnes per hectare with 2 growing cycles/year. Life cycle analysis of biodiesel produced from castor showed that the greenhouse gases emissions were reduced by 90% when compared to petroleum diesel.  The fuel specific properties of castor are presented in Table 2. Castor oil is the only oil soluble in alcohol and does not require the consequent energy requirement in transesterification as for other vegetable oils. Castor oil has a good shelf life when compared to other vegetable oils and it does not turn rancid when subjected to excessive heat. The oil is four times more stable than olive oil. The high viscosity, high water content, higher compressibility than other vegetable oils, reduction of about 10% of hydroxyl and acid values if stored for about 90 days and the premium price of castor oil are the major issues limiting the use of straight castor oil as a fuel for internal combustion engines (Scholz and da Silva, 2008). However, the limit values of viscosity, density and cetane number can be met through transesterification followed by dilution or blending with conventional diesel fuel and other vegetable oils (www.castoroil.in).

While efforts are underway for development of very low toxic castor, experiments are being undertaken for production of genetically engineered ricin in heterologous systems which have implications in biodefense, treatment of AIDS, cancer immunotherapy besides use in disease-model systems such as those involving apoptosis. Production of pharmaceutically important compounds in plants is an area of interest that is rapidly expanding during the past two decades.

The Castor biodiesel meets all the three criteria any environmentally sustainable fuel must meet. These are social, technical and as the biodiesel industry grows, honing a cost-effective and diverse feedstock supply stands out as a top challenge. There is a need to diversify the sources and methods used to generate biofuel products to achieve food security, energy security and sustainable development and carbon savings. Biodiesel producers are looking for alternative feedstocks which are non- agricultural and non-food crops. And castor bean (Ricinus communis) has the ability to substitute the requirement of low cost feedstock with the potential for high oil seed production and the added benefit of an ability to grow on marginal land. These properties support the suitability of this plant for large scale vegetable oil production needed for a sustainable biodiesel industry. Ricinus communis will yield at Maturity as high as +1000 kl oil with proper nutrition, and irrigation. This is truly an exceptional amount of oil from an agricultural crop.

The financial highlights outlined above have the potential to be exceeded by +50% because of incorporate of companion crop.

Estimates of yields, prices and cost vary greatly, making it difficult for potential growers to make informed investment decisions about growing the crop. The lack of agronomic data about castor growing makes it impossible to make investment decision on castor growing with the confidence and certainty associated with a decision to grow the crop. We identify the Key elements in growing castor and their effects examined and provide accurate information about the crop for potential castor investors and growers after performing feasibility study.

CJP can help clients identify the needs, opportunities and solutions of their local, regional and national markets. By identifying these needs and providing management direction, CJP can help in creating a perfect business plan in order to develop and manage an effective and successful biodiesel facility. The most critical component of any business plan is the pro forma, an educated view or projection of what the performance of a company is capable of, given a specific set of assumptions and conditions. CJP has been involved in identifying these needs for specific projects for a number of years and can help develop a realistic and obtainable:

These projections will be valuable in determining feasibility of the project, securing financing, attracting investment and guiding management so that the company can reach its full potential.

Vast scope exists for exploitation of castor as a bioenergy crop although there are still some technological challenges to overcome. A combination of conventional breeding methods with biotechnological techniques provides newer routes for designing oils for biofuel purpose. CJP provides a set of Castor Energy Project Services to develop and deign your successful castor biodiesel Project.