To fight climate change, we have to make cooling a hot topic

Technology has made life in the tropics safer, healthier and more comfortable. But our addiction to polluting, energy-guzzling cooling is causing an environmental crisis. How can cooling become a hot topic for policymakers?

A lack of understanding of the threat that air conditioning systems pose to the environment is masking a crisis created by these so-called “carbon bombs in a box.”

Governments, businesses and consumers must be made aware of the potential for more sustainable, energy efficient cooling to slow global warming and reduce humanity’s carbon footprint, experts said at a conference on the topic in Bangkok last week, hosted by Kigali Cooling Efficiency Program (K-CEP) in partnership with UN Environment and Eco-Business.

Speakers at the inaugural Asean Cooling Summit pointed out that air-conditioning and refrigeration are responsible for 7 per cent of global carbon emissions - double that of the aviation and maritime industries combined. By 2040, cooling could account for up to 40 per cent of Southeast Asia’s energy demand.

Cooling appliances such as refrigerators and air conditioners use fluorinated gases (f-gases) such as hydrofluorocarbons (HFCs) to keep temperatures low. F-gases are greenhouse gases thousands of times more heat-trapping than carbon dioxide. They are produced during the manufacturing process, leak if appliances are improperly maintained and are released into the atmosphere at the end of the appliance’s life.

Today, there are 9 million air conditioning units in circulation, a figure that will grow to 1.5 billion by 2030 and 2.5 billion by 2050 as the world heats up due to climate change and populations in the warmer Global South grow more affluent, said Dan Hamza-Goodacre, executive director of the K-CEP. K-CEP is a programme that supports the implementation of the Kigali Amendment to the Montreal Protocol, which lays out targets for the phase-out of HFCs.

“This is great news if you sell air conditioners, but for the environment it is a problem. The market is dominated by inefficient, polluting systems and most governments allow the market to continue like this through weak regulations,” he commented in his opening address to a 100-strong crowd of political, business and civil society leaders.

Hamza-Goodacre added that inefficient, environmentally harmful cooling exacts a cost in terms of money, health, and harm to the environment that is not factored into cost-benefit analyses for market regulation.

“When governments make decisions about whether to improve (energy efficiency) standards for air conditioners, they must account for the full societal, economic, environmental costs and benefits, not simply what the industry says about price and profit in the short run,” he remarked.

Other participants at the summit noted that there is a general lack of awareness of the issue of cooling, in contrast to the excitement surrounding renewable energy, when it comes to how the energy sector can correct the course of climate change.

Delegates were overall optimistic about the possibility of taking action on cooling. Shilpa Patel, K-CEP’s head of finance window, said that the timing was right to push for more market regulation and control in cooling.

“This seems to be a moment in time, with the Kigali Amendment, as well as Singapore’s interest in cooling and chairmanship of the Association of South East Asian Nations (Asean), for cooling to become part of the Asean agenda. How do we capitalise on it?” she challenged.

Through the full day of discussions, participants raised a number of solutions to get the topic of sustainable cooling onto the policymaking agenda.

Enforcing compulsory minimum standards for energy performance and sustainability in cooling appliances was an oft-cited solution at the summit. “Voluntary standards will only get you so far,” said Patel, who cited Thailand as an example of a country with a green public procurement policy in place. “Governments can drive higher energy efficiencies through bulk procurement and higher standards.”

He noted that countries across Asia are at different levels of infrastructure development and regulation, and suggested that multilateral organisations could take a lead in implementing minimum standards for energy efficiency. “Why not take advantage of a single group like Asean, to help put basic regulations in place and find resources to implement them.”

Jessica Cheam, managing editor of Eco-Business, said that Singapore’s chairmanship of Asean this year is an opportunity to get cooling on the regional political agenda. Singapore has declared 2018 the Year of Climate Action, and has pledged to work with its neighbours to reduce the region’s energy intensity by 20 per space cent from 2005 levels by 2020, and increase the percentage of renewable energy in the Asean energy mix from 9.7 per cent to 23 per cent by 2025.

2. Incentivise a shift to better cooling

Consumers play an important role in getting sustainable cooling off the ground, delegates at the summit said. Sommai Phon-Amnuaisuk, vice president, Asia-Pacific of the non-profit International Institute of Energy Conservation said citizens in countries such as Thailand and even Myanmar have access to financing for air conditioning, but “these financial products do not differentiate between high and low efficiency air conditioners.”

“Maybe we can create a mechanism that would encourage consumers to pick more climate friendly and energy efficient air conditioners instead,” he said.

Money is not the only form of incentives said Anh-Hà de Foucauld, technical director of French energy giant Engie. In order to obtain green building certification, building owners or operators in France must prove that they have reduced their carbon footprint. As a result, some choose to link to district cooling systems for a more environmentally friendly cooling system.

The health benefits and monetary savings of sustainable cooling would resonate better with governments, businesses and consumers than talking about the negative effects of business-as-usual, delegates suggested.

Shubhashis Dey, programme manager, energy efficiency from the Shakti Sustainable Energy Foundation said messaging around cooling could emphasise how inefficient cooling would impact national development. For example, the lack of thermal comfort in hotter weather could create health issues and impact a country’s economy or job creation in the fields of energy efficiency and cooling.

“For politicians, we have to move the conversation from climate and efficiency to what they are talking to their voters about: health, livelihoods, and employment,” he said.

Likewise, Matthias Gelber, founder of the Negawatt Revolution campaign, said he has tried to make energy conservation fun for children by telling them to make a deal with their parents: the child can keep half of whatever savings are made from not using air conditioning as pocket money.

4. Deal with cultural issues around cooling

Culture was found to be another barrier to better cooling in Asia Pacific.

An Eco-Business whitepaper launched at the summit, Freezing in the tropics - Asean’s air-con conundrum, found that people in Vietnam and Indonesia were the most likely to see air conditioning as a status symbol. In addition, the excessive cooling of public spaces as is common in countries like Singapore “sends the wrong message that controlling efficiency is not a major priority”, read the paper.

Said K-CEP’s Patel: “There are cultural issues that work contrary to energy conservation. One attitude is: I am rich enough and can afford to super cool my house.”

She highlighted that cooling in India, for instance, is seen as necessary only for four months a year, making it difficult to calculate paybacks to manufacturers. “This requires a tailored financial solution that we haven’t found.” 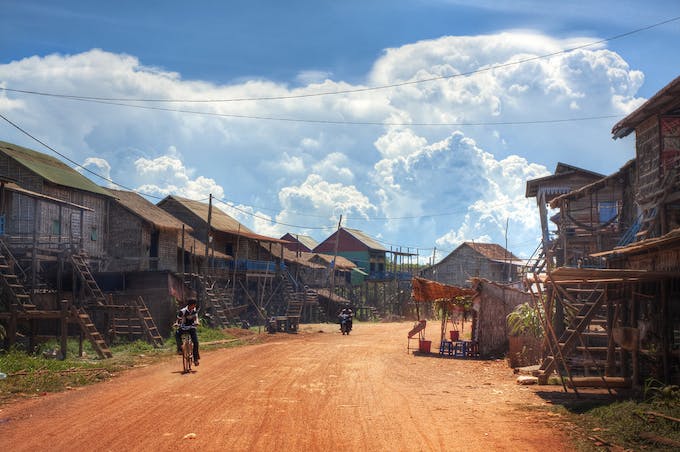 5. Do we even need all that cooling?

Some delegates questioned the rationale of installing cooling technology at all, especially in cases where it is not necessary.

“Why have we moved to buildings that require air conditioning, that are hot like sweatshops, when people used to build kampung houses that were climate-appropriate and cool without air conditioning?” asked Gelber, who lives in the Philippines.

He encouraged a shift back to more traditional forms of architecture from the region, which used elevated floors and natural ventilation to keep houses cool and avoid the need for air conditioning.