Sustainability and technology: An 'extraordinary economic opportunity' for cities

Adelaide is a small city with big dreams. Ahead of the Renewable Cities Australia forum, its Lord Mayor Martin Haese shares his plans for establishing Adelaide as the sustainability capital of the world.

Tucked away in a scenic stretch of Australia’s southern coastline and home to about 1.3 million people, Adelaide is, on first glance, a small and unassuming place. But its Lord Mayor, Martin Haese, has some very big dreams for the city.

“We want to establish Adelaide as the sustainability capital of the world,” Haese tells Eco-Business in a recent interview. “We also want to be world-leading in terms of our data speed and security, as well our bandwidth capacity.”

For Haese, who will be delivering a keynote address at the upcoming Renewable Cities Australia forum in Sydney, these two goals are the result of a deep conviction that the nexus of sustainability and technology is where future economic opportunities lie.

“Adelaide has been very focused on sustainability for a decade,” says Haese, who has been Lord Mayor since 2014. The city’s commitment to sustainability stems from not only a need to adapt to climate change, use resources wisely and protect its natural ecosystems, but also a desire to establish an international reputation as a green city.

“There’s an environmental imperative, but also an extraordinary economic opportunity for cities that lead in climate mitigation and adaption measures, and marry them with technology”. 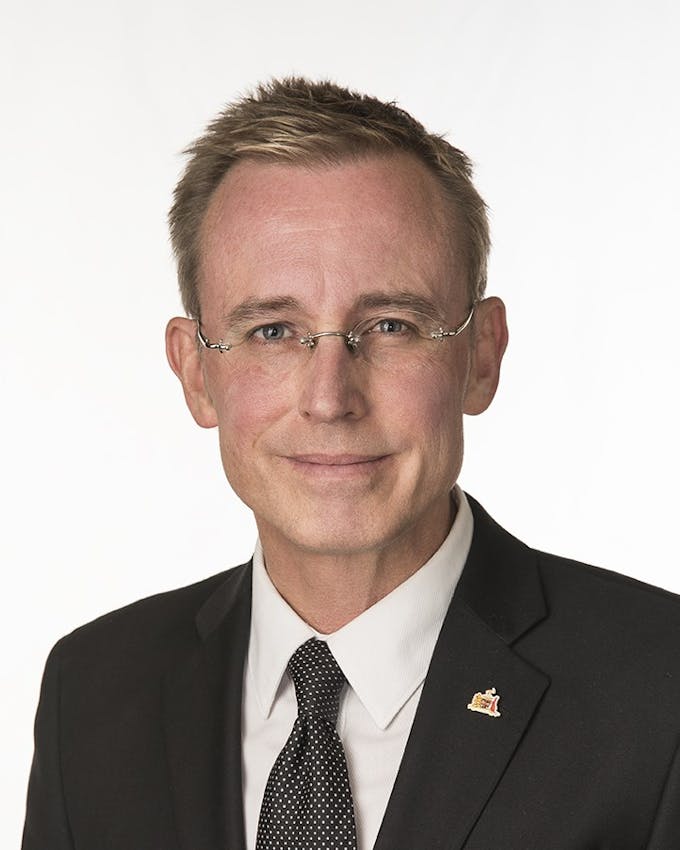 To fulfil his vision for Adelaide, Haese has set aggressive environmental and technological targets for the city.

Where sustainability is concerned, he wants Adelaide to be the world’s first carbon neutral city by 2020, a goal that would be made possible by slashing the city’s emissions by half by 2020, and offsetting the rest through carbon credits.

Specific measures the city plans to implement include improving the energy efficiency of its buildings and infrastructure; encouraging the use of zero-emissions transport such as bicycles, and striving for 100 per cent renewable energy use.

To date, the city has made good progress, shares Haese. About 30 per cent of households in Adelaide use rooftop solar power, and in South Australia more broadly, about half of all energy comes from renewable sources.

On the technology front, Haese is racing ahead of Australia’s notoriously slow internet connectivity with an initiative called ’Ten Gigabit City’. This is a plan to fit Adelaide’s central business district with a 10 gigabyte-per-second fibre-optic internet network, which is 100 times faster than the controversial National Broadband Network (NBN) that is being rolled out across the country.

“Smart solution providers around Australia and the world will come to Adelaide, because we are putting in smart infrastructure and fast data,” Haese adds. “There’s no other capital city in Australia that is even talking about doing so at this level”.

Some other tech-driven initiatives that Adelaide has rolled out in recent years include a plan to have some 40 electric vehicle charging points in public areas like streets and carparks by next June, and legislation that allows trials of driverless vehicles on its roads, an Australian first.

At the upcoming Renewable Cities Australia forum, themed “plan, innovate, lead”, Haese plans to share several case studies that illustrate how Adelaide is achieving its sustainability and technology goals, and how these efforts drive what is perhaps the most important imperative of all: economic development.

There’s an environmental imperative, but also an extraordinary economic opportunity for cities that lead in climate mitigation and adaption measures, and marry them with technology.

The ‘what’s in it for me’ factor

Whether it is job creation, cost savings, or attracting new investment, Haese is a staunch believer that communicating the “what’s in it for me” factor is crucial for the success of sustainability efforts.

To a large extent, this is something Adelaide’s city council has already done, shares Haese. In 2015, for instance, Adelaide met several sustainability targets, including a 15 per cent reduction in energy use compared to 2009; no net increase in carbon emissions over the same timeframe; and staying well within its targets to reduce the amount of electricity purchased.

Because of these efforts, the city council saved A$800,000 in energy costs.

“We can now communicate this to our residents and businesses,” says Haese. “We can say that by doing this, we are saving you and our city money.”

Another initiative that Haese, driven by the belief that it’s essential to make a commercial case for getting businesses and homeowners to invest in sustainability, introduced in 2015 is the Sustainability Incentives Scheme.

Citing this as one of the initiatives he is most proud of, Haese explains that the scheme offers grants ranging from A$250 to A$5,000 for measures such as setting up electric car or bicycle charging points; installing rooftop solar panels, and upgrading a building’s lighting to energy-efficient LED lights.

“For every dollar we spend on this scheme, there is a measurable return on investment of A$12,” says Haese. “This initiative has been quite transformational in terms of bringing the community along with us.”

The community buy-in this scheme has generated could also be the key to overcoming one of the biggest challenges that politicians face in achieving their goals: short-term political cycles. When business and commercial communities truly take ownership of sustainability initiatives, “politicians will have no other choice than to sustain them,” says Haese.

“With 30 per cent of rooftops in Adelaide fitted with solar panels, and an abundance of sunshine and wind in South Australia, we have established a captive market for battery storage technologies,” Haese explains.

In addition to a burgeoning market for residential storage, companies are also eyeing commercial-grade battery construction, shares Haese. This is because the South Australian government recently committed A$550 million to measures to improve grid stability, including a utility-scale energy storage facility.

Ultimately, there’s a huge amount of investment, as well as maintenance and construction jobs headed for Adelaide and South Australia, says Haese. “Once we provide more evidence of job creation and cost reduction, we will have wide-scale acceptance,” he adds.

Of course, there will be pitfalls along the way, and South Australia knows this all too well. The state recently found itself at the heart of a heated debate with the federal government about whether the reliance on intermittent sources of power was to blame for state-wide blackouts last summer.

“We must deliver grid stability for everybody, that’s an absolute necessity,” acknowledges Haese. But with measures such as the A$550 million investment in fixing these issues, South Australia is probably ahead of other states in addressing the challenge, he shares.

“I would also say that what South Australia has experienced recently is akin to flight turbulence,” says Haese, explaining that flights don’t usually turn back when they experience turbulence; they simply implement measures to mitigate it.

And indeed, beyond these short-term hiccups, Haese’s ten-year outlook for his city is full of optimism.

He shares: “Our universities will be booming, with a world-leading research and development curriculum around sustainability and technology; our business conferencing sector, which is already worth A$200 million today will double as more people flock to Adelaide to learn about what we are doing; and ecotourism will also thrive”.

“Every city on the planet is grappling with sustainability, climate change mitigation, and new technology,” he shares. “Tackling these challenges is not only an environmental necessity, but an unparalleled economic opportunity.”

The Renewable Cities Australia forum will be held in Sydney’s International Convention Centre from 14 to 15 June 2017. It will be co-located with the Australian Energy Storage Conference and Exhibition. Click here to find out more and register for the event.