The trashing of rivers in his home town has inspired Muchtazar to become a student of the circular economy.

Born and raised in Desa Palasah, a small village in West Java, Muchtazar has long been interested in finding solutions to Indonesia’s growing waste problem. “I would see people burn their waste every morning, or simply throw it in the river,” he said. “I have always known that it was not the right thing to do, and I want to change people’s behaviour.”

Muchtazar is conscious of Indonesia’s contribution to the global plastic pollution crisis—the archipelago of 270 million people is the world’s second biggest marine polluter—and he’s also aware of complexity of tackling the problem. Indonesia’s waste management infrastructure is underdeveloped and overstretched, and environmental awareness is low in a country where most people are more worried about putting food on the table.

He’s also cognisant of the role that plastic has played during the Covid-19 outbreak. “We should remember that during the pandemic, plastic packaging has enabled us to deliver food and medicines safely with minimum energy required for transportation and manufacturing,” he said. “Plastic is one of the most efficient materials in the world. It isn’t easy to imagine how 7 billion people could live without plastic.”

But he noted that the virus has been brutal for Indonesia’s already strained waste sector; 63,000 recycling workers have been laid off, 3 million informal waste pickers have lost their livelihoods, and plastic pollution has got worse; single-use plastic has been seen as a way to reduce viral transmission, he said.

Plastic pollution impacts biodiversity and hurts our fisheries, but people don’t see the direct impact of someone throwing rubbish into the street.

The development of a circular economy is key to sustaining Indonesia’s economic, social, and environmental future, said Muchtazar, who is a keen student of systems that cut waste and reuse resources.

Having studied environmental engineering at Bandung Institute of Technology, he graduated in 2014 and has since worked for a cement, energy, and consumer goods company. In 2018, he was selected for the Asian Circular Economy Leadership Academy, a programme run by the United Nations Environment Programme and Chulalongkorn University, and the following year he started a master’s degree in environmental science at the University of Indonesia.

In this interview with Eco-Business, Muchtazar talks about how his course could be improved to prepare him for the job market, the challenges of building a circular economy in Indonesia, and the job of his dreams.

How could your environmental science course be improved?

In general, I believe that education systems should teach solutions to real world problems. In many developing countries, a lot of the educational materials have been developed in the West, and so many of the case studies and scenarios taught are not relevant to the local context. I think we need to develop more of our own curriculum so that what we learn can more easily be applied after we graduate.

For example, there is not enough literature to explain how waste banks work [waste banks are community-led systems for managing waste that reward people for separating and depositing their waste at the banks; there are about 8,000 of them in Indonesia], and there is not enough research being done on their effectiveness.

I would like to work for a company that has a positive impact on society and the environment besides achieving business goals. I want to be a sustainability expert, and one day become Indonesia’s environment minister.

What’s your sense of the job prospects for sustainability professionals in Indonesia?

Job opportunities in the sustainability field are still limited. Companies will embrace sustainability when there’s demand for it from consumers. But most people in Indonesia are still lower-middle income, and are focused on fulfilling their daily needs. Once people’s daily needs are taken care of, more people will push companies to think harder about sustainability.

How aware are people in Indonesia of the country’s waste problem?

A study published in 2018 found that 72 per cent of Indonesians—which is about 170 million people—do not care about, or pay attention to, waste management issues. Plastic pollution impacts biodiversity and hurts our fisheries, but people don’t see the direct impact of someone throwing rubbish into the street.

Even if they are aware, they don’t know what to do about it, or don’t see the point. Few people separate their trash into organic and inorganic waste, as in many cities in Indonesia, garbage trucks throw it all in together and then landfill it. There’s limited infrastructure and the people working in the sector are overstretched, under pressure to collect and clear the trash as quickly as possible. 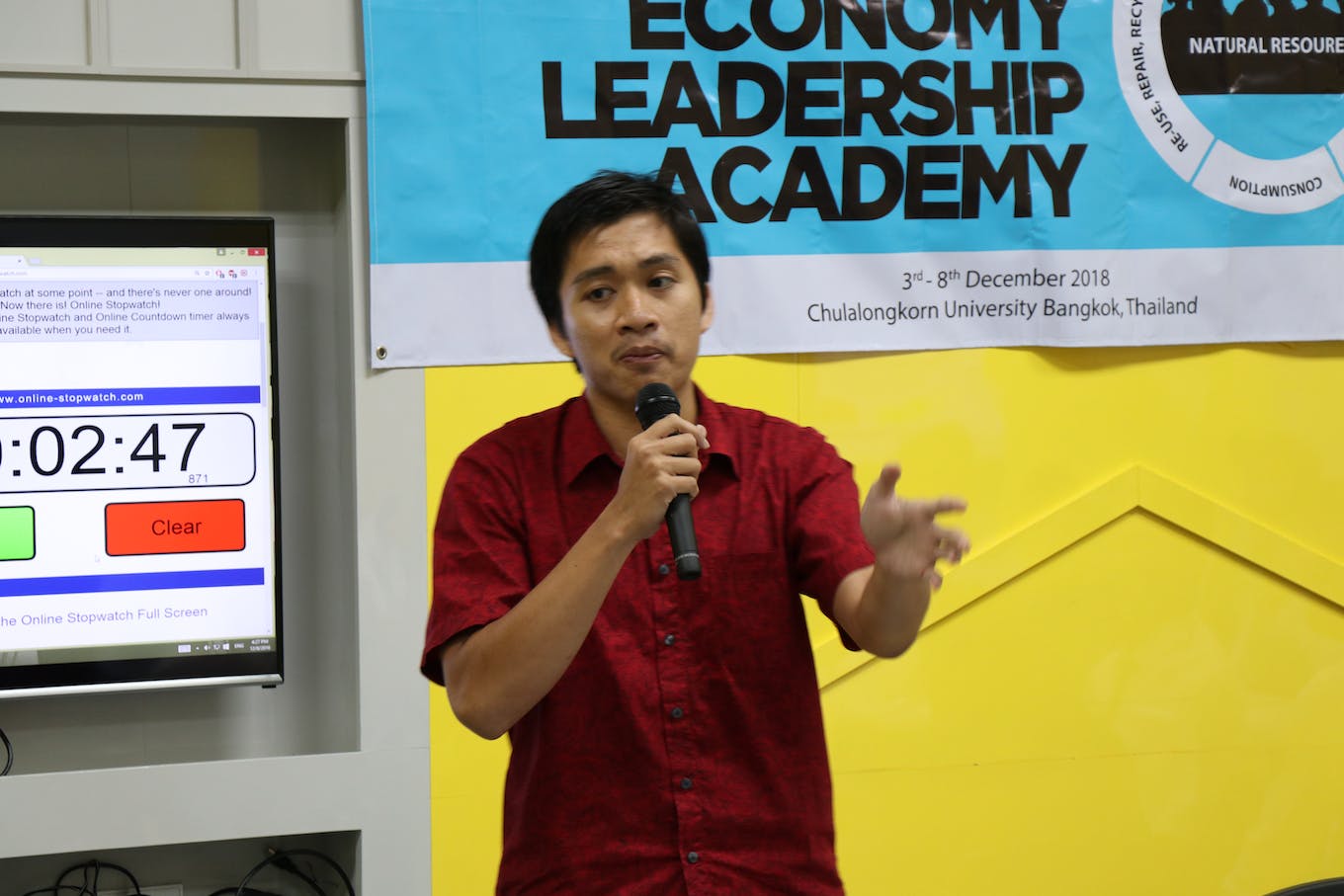 That said, in Indonesia we don’t consume much. We use less plastic per person than Malaysia, Thailand or Singapore, and five times less per person than the United States. Meanwhile, there has been progress in raising environment awareness. The work of Jenna Jambeck [an environmental engineer from the University of Georgia whose studies on plastic entering the ocean have helped to galvanise the global movement to end plastic pollution], and NGO campaigns have inspired the government and private sector to do more. However, the pandemic has slowed progress somewhat, as the focus has shifted to health and hygiene and away from protecting the environment.

What needs to happen to improve the circular economy in Indonesia?

First, more needs to be invested in waste management infrastructure. In Indonesia not much is spent on waste management services—just US$40 per tonne compared to the global average of about US$100-US$150 per tonne. Second, we need better enforcement to stop littering. It is illegal to burn trash and throw garbage in the river, but the laws are not well enforced. But I’m hopeful that things will improve in the coming years. The government has a plan to reduce plastic leakage into our coastal waters by 70 per cent by 2025.

How hopeful are you for the future?

I am very optimistic. Over the last decade, education in Indonesia has improved, people are spending more time in school, and environmental awareness is increasing. The government is taking environmental issues more seriously, and has made commitments to tackle problems such as plastic pollution. There are many environmental challenges, particularly as the population is growing. But to fulfill people’s needs, we have to develop sustainably. If we can’t protect nature, we can’t live on the earth.

The former environmental control officer for a coal plant and mine has been tasked to help the Indonesian pulp and paper maker meet its sustainability commitments, which include achieving net-zero emissions by 2030.
APRIL appoints Susan Slabbert as interim sustainability head for rayon fibre business

Among 300 firms, there are 44 different job titles for the same sustainability head function. According to the study by Dow Jones, the corporate world's approach to sustainability is muddled and clear reporting lines are lacking.
Global business survey finds 'little consistency' in how sustainability leadership roles are organised

The role switch within the real estate services firm marks a return to Singapore for Fogarty, who will relocate from United Kingdom.
David Fogarty to lead CBRE's Southeast Asia sustainability team