Climate-vulnerable countries like the Philippines and Indonesia must brace themselves for more extreme weather, according to a landmark UN report. But experts say these countries also have the opportunity to mitigate the harmful emissions of bigger nations.

Southeast Asia will experience worsening dry and hot weather that will lead to severe droughts and heatwaves as global temperatures rise, according to a lead author of the United Nation’s Intergovernmental Panel on Climate Change (IPCC) special report on ocean and the ice caps, released this week.

“More extreme El Niño and La Niña events are likely to intensify with drier and wetter weather in Southeast Asia, even with relatively lower levels of future global warming,” climate scientist Lourdes Tibig told Eco-Business at the sidelines of the Philippine launch of the IPCC report on Thursday.

Tibig, a member of the Philippine Climate Change Commission’s National Panel of technical experts, said countries bordering the Pacific Ocean like the Philippines and Indonesia are usually the worst affected by El Niño and La Niña phenomena due to their geographical location and lack of access to resources to adapt to extreme weather.

El Niño is a climate pattern of unusual warming of surface waters in the eastern tropical Pacific Ocean. El Niño is the “warm phase” of a larger phenomenon called the El Nino-Southern Oscillation (ENSO). La Niña, the “cool phase” of ENSO, is a period of unusual cooling of the region’s surface waters.

More extreme El Niño and La Niña events are likely to intensify with drier and wetter weather in Southeast Asia, even with relatively lower levels of future global warming.

Tibig cited examples of how the most severe El Niño periods had affected Southeast Asia over the last 50 years, for instance causing drought in the Philippines with crop damage worth US$325 million. 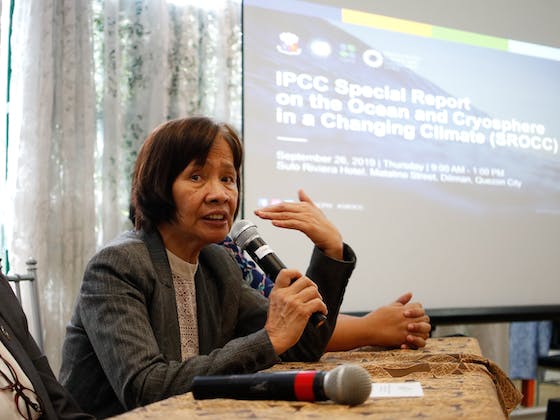 Lourdes Tibig speaking at the Philippines launch of the IPCC oceans report. Image: AC Dimatatac/Institute for Climate and Sustainable Cities

In the IPCC report, El Niño was highlighted as exacerbating the 2015 forest fires in Indonesia, when harmful haze from burning peatlands affected the air and agricultural yields across large parts of Southeast Asia.

More than 100 scientists from 36 countries worked on the landmark study entitled the Special Report on the Ocean and Cryosphere in a Changing Climate. It is the latest of three special reports from the IPCC following last year’s sobering study that concluded that the world has until 2030 to keep global warming below 1.5 degrees Celsius, and August’s research on climate impacts on land.

A ‘debt-for-nature-swap’ to curb emissions in developing Southeast Asia?

While poorer countries in the world’s third most populous geographical region do not emit as much carbon as wealthier nations, they suffer the most from global warming.

But they have the opportunity to mitigate climate change by making use of debt for nature swaps, climate scientist Dr Laura David said at the forum in Manila.

David said Southeast Asia can follow how Brazil was able to capitalise on the Amazon’s ecosystem services in the 1990s when a portion of the South American nation’s foreign debt was paid off in exchange for investments in conserving its rainforests.

The Philippines and the rest of the region could apply debt for nature swaps for mangrove protection and reforestation, since such trees are known to be able to capture four times more carbon than rainforests. 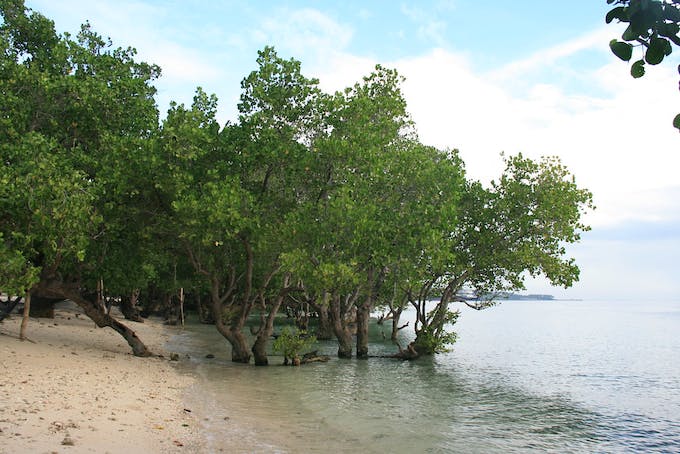 “China’s carbon production is not slowing down and their carbon deficit is increasing. They could pay the Philippines to protect and plant mangroves to sequester carbon to lessen their deficit,” said David, who is also a member of Philippine Climate Change Commission.

David added that Indonesia, Thailand and Malaysia have natural ecosystems that are also suitable for debt for nature swaps, but since they are higher carbon producers than the Philippines, the conservation efforts might initially be deployed to curb their own carbon deficits and not necessarily used for trade.

She said: “This is a win-win situation for the region. Mangrove reforestation is also an adaptation against erosion, storm surge and food security since mangroves provide food for fish by acting as a habitat and nursery of numerous edible fish and invertebrates.”