To win its war on waste, Singapore needs to invest in a network of machines and plants across the island to better manage discarded food, plastics and electronics, say experts. 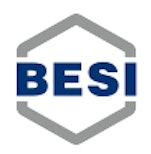 Singapore needs to invest in a network of machines and plants to upcycle its discarded food, plastics and electronics if it wants to become a zero-waste nation and extend the use of its sole landfill, says leading environmentalist Martin Blake, who is strategic advisor to Singapore-based waste management firm Blue Planet Environmental Solutions.

Over the years, those three waste streams have been steadily growing in the city-state, but their recycling rates remain dismal.

Meanwhile, the issue of electronic waste, or e-waste, in Singapore is worsening too. About 60,000 tonnes of products are thrown away each year, and only six percent of e-waste, by weight, is deposited into e-waste recycling bins by consumers. Equally worryingly, a recent survey by the National Environment Agency (NEA) found that just four in 10 Singapore consumers know how to recycle their electronics.

While Singapore incinerates much of its waste – more than 2.8 million tonnes annually, up from 2.4 million tonnes in 2010 – this is unsustainable, as its only landfill, Pulau Semakau, is running out of space and will be filled up by 2035 or sooner.

“Furthermore, incineration is especially problematic in Singapore, as in most of Asia, because a large portion of the waste that goes into bins is low-calorific food waste, like rice, fish and cabbage. It won’t burn in the incinerator unless it’s mixed with high-calorific waste like paper, cardboard and plastic,” said Blake.

“This means that there’s a reluctance to remove the high-calorific waste from the incineration process because you’d be left with the wet, low-calorific waste that won’t burn economically. You’d have to add in fossil fuels to burn it, which means it would become an ‘energy-to-waste’ process instead of a waste-to-energy one,” he continued.

Asia is plagued with plastic and other waste, and our technology can address this and be profitable to small operators and entrepreneurs. Asia is ready for change.

“We need to have comprehensive infrastructure in place to turn the discarded food into biogas, soft plastics into fuel, rigid plastics into textiles and fabrics, and metals, including those in electronics, into different products. There’s no such thing as waste, just underutilised resources that are now being thrown away irresponsibly and should be reused,” he said.

As Singapore crosses the halfway mark of its designated Year Towards Zero Waste, significant steps have been taken to create such infrastructure across the island. In the past few years, industrial landlord JTC has been working with small and medium enterprises to use its properties as test-bedding sites for measures to reduce waste and generate revenue from recycled materials.

Its Pandan Loop Industrial Estate now houses a food digester that can reduce the volume of food waste by up to 90 percent, and convert the remaining 10 percent into odourless organic fertiliser. The microbes used in the machine are chosen to break down the oily and rich food found in Singapore, and can complete the digestion process in one day.

JTC is also partnering three companies at its 15 Woodlands Loop property on food waste management technologies, although it declined to share more details as these projects are at the test-bedding stage. “If the test-beds are successful, the technologies may be implemented in relevant developments and estates such as JTC Food Hub @ Senoko,” a spokesman said.

At the national level, several regulations to improve the collection and recycling of food, packaging and electronic waste will also take effect from 2021. For example, large retailers with sales areas of more than 300 square metres for consumer electrical and electronic equipment must have e-waste collection points in the stores for information and communications technology (ICT) products, lamps and batteries.

Companies that sell the consumer products to Singapore’s market must join and finance an organisation appointed by the NEA to collect e-waste for recycling by 2021, although those that supply below certain threshold amounts will be exempted from funding the organisation.

Developers of new properties that are expected to generate large amounts of food waste will have to set aside space in building plans for systems to treat the waste on-site and start doing so from 2024. From 2024, large hotels and malls, caterers, food-storage warehouses, properties with food manufacturers and other industrial and commercial estates that create sizeable amounts of food waste must also segregate the waste for treatment on-site or off-site.

As more companies and organisations embrace the collection and treatment of waste in their facilities, having a variety of machines and systems that can meet their diverse needs will be key, said Renee Comly, president and chief executive of United States-based firm Biomass Energy Systems (Besi), which specialises in alternative technologies for waste elimination, renewable energy, and clean water.

In an initial evaluation of local plastic waste issues, Comly noted that Singapore generates 2,600 tonnes per day of plastic waste and has a very low recycling rate. “Using this plastic waste in a series of small Besi gasification systems around Singapore would cleanly eliminate plastic waste. The systems could each provide 10 megawatts (MW) of power, with each using 100,000 tons of plastic and generating 80,000 MW per year with an approach that is first, clean, and second, profitable—making the entire equation sustainable.”

Besi’s plants can use waste such as construction debris, scrap tyres, horticultural waste, wood, paper and cardboard, food, ash and sludge, textiles and leather, plastics and others to create electricity and steam. Materials that are inert, such as concrete, stone, glass and metals will not be processed but can pass through the machines without disrupting them, but are usually separated out for their own value.

“Our systems are designed to profitably meet the needs of small-scale installations, so they can be used in a country like Singapore which has issues regarding industrial space. Most of our plants require about an acre of land, or about 4,050 square metres, and can be integrated into operational facilities such as a wastewater treatment facility, hospital, food production plant, port and airport to produce local power from on-site waste,” said Comly.

“The systems are also optimised for the clients’ requirements. A system for a hospital, for example, might provide steam instead of electricity, based on the cost of steam and the overall use of steam at that site. A system for an airport might be similar, but use the waste to produce electricity for air-conditioning and other purposes,” she continued.

Besi machines have a sophisticated controls system that continually optimises the operating conditions in their reactors so that the gasification process is as efficient as possible, and these changes are done without having to shut the system down, she added. “We also design most of our systems to have a payback period of one to three years. Even the other systems have a payback period of just five to eight years, and we are actively seeking developers to work with in the region.”

“We’ve worked with the US military to replace the burning of their sewage mixed with other wastes, with many other clients on sustainability strategies, including the textile industry in India. We are looking to work with the food industry to help a clean transition for plastic wastes. Asia is plagued with plastic and other waste, and our technology can address this and be profitable to local operators and entrepreneurs,” she said. “Asia is ready for change.”

About 10 per cent of Southeast Asia lacks access to stable electricity, and many people live on remote islands. Emerging technologies could help bring power to far-flung locations and meet the region’s growing energy and waste management needs. But challenges abound.
Could Southeast Asia’s remote islands be powered by waste?

Southeast Asia is a major contributor to the plastic that is choking the world’s oceans. With nations plagued by poor municipal rubbish collection systems, experts say the private sector needs to speed up efforts to stem the flow of waste.
Tackling Southeast Asia's plastic waste crisis