Local NGOs and scientists puzzle over how a lanthanide mining operation was approved in one of Malaysia's most environmentally sensitive forests.

The small, forested town of Gerik, Perak, sits next to some of Malaysia’s most important tropical ecosystems. It is flanked by the riverdam town of Kenering in the east, and peninsular Malaysia’s largest and oldest continuous forest complex, Belum-Temenggor, in the west.

The area’s lush landscape is home to ecologically significant ecosystems, endangered animals, and the indigenous Orang Asli people. However, their fate now hangs in the balance as plans to pilot a lanthanide mining project in Kenering gather steam.

In May, Malaysia’s Department of Environment (DoE) approved an environmental impact assessment (EIA) proposed by local mining company MCRE Resources Sdn Bhd for the Kenering pilot. The project will occupy 2,161 hectares of land in one of Malaysia’s most environmentally sensitive areas (ESAs). If successful, the company intends to build seven more mining facilities.

Lanthanides are rare earth elements (REEs) which are often used in electronic devices like computers, mobile phones, and green technologies like catalytic converters and electric car batteries. Its demand is expected to grow exponentially, and its market is projected to reach US$9.6 billion by 2026. Given its profitability, developing nations with lanthanide deposits have been eager to capitalise on this resource.

“We have agreed to carry out the pilot project and have already gone through all the processes including EIA approval. Now, everything is up to the company entrusted with the project,” he said.

However, environmentalists and scientists fear this could inflict irreversible damage on the area’s ecosystem.

Most of the world’s lanthanide ores are extracted from open-pit mines which typically require the removal of all forests and topsoil. The largest example of such a mine is the Bayan-Obo Mining District in China, which produces 45 per cent of the world’s rare earths each year. However, the process discharges large amounts of toxic waste. According to the Chinese Society of Rare Earths (CSRE), for every tonne of rare earth extracted from Bayan-Obo, the mine produces 9,600 cubic metres (m3) of waste gas, 75m3 of acidic wastwater and another tonne of radioactive waste. 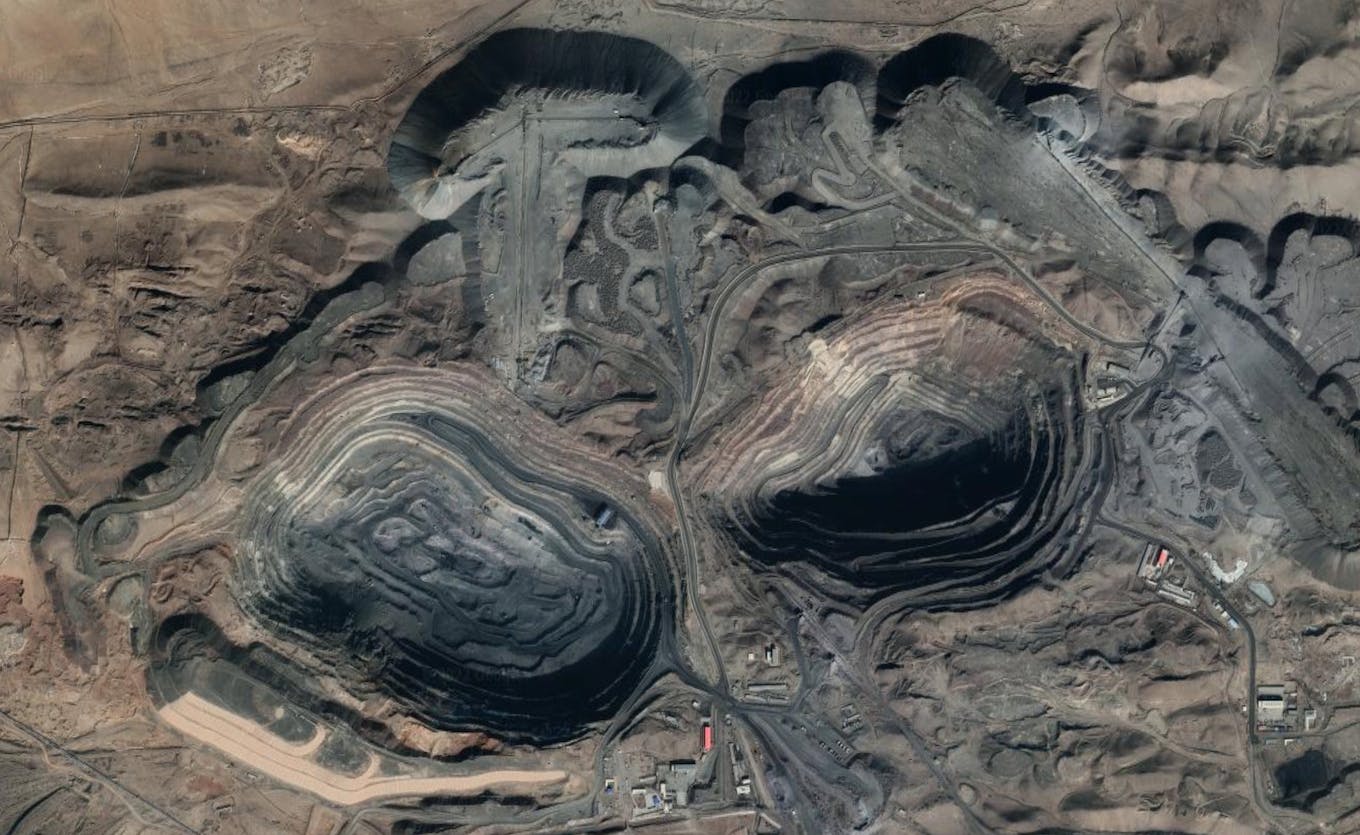 The Bayan-Obo open pit mine in Inner Mongolia, China, produces 45 per cent of the world’s rare earths each year. However, the mine has a large footprint. According to the Chinese Society of Rare Earth, every tonne of rare earth mined here produces 9,600m3 of waste gas, 75m3 of acidic wastewater and another tonne of radioactive waste. Map data: Google, ©2021 CNES / Airbus

Nevertheless, Perak’s officials have implied that the Kenering project will be more environmentally-friendly as the mines allow for in-situ leaching extraction methods, which they claim minimises vegetation loss and environmental harm.

However, such mining practices have already been used in Ganzhou, China, at great environmental, human and economic cost.

A 2012 study led by Beijing University revealed that one-third of vegetation is still removed during the process, in addition to significant soil erosion and the uncontrolled release of chemicals. In Ganzhou, this has caused serious environmental issues like groundwater contamination, air pollution and the permanent loss of ecosystems and biodiversity. Scientists have also disputed the mining method’s economic viability, stating that although Ganzhou earned 2 billion yuan (US$296 million) from its rare earth industry, 38 billion yuan (US$5.6 billion) was needed to reclaim these mining sites.

Other environmental activists and experts have also opposed the Kenering project. In a memo to SAM, Dr Gilles Wendling, a senior hydrogeologist at groundwater consultancy HW Solutions, highlighted the risk of surface and groundwater contamination, especially in Malaysia, where climate change has resulted in increasingly intense and frequent rainfall.

“The project is located in headwaters of the Sungai Rui rivers. Any degradation of the surface or groundwater could affect a very large portion of these watersheds and ecosystems,” Wendling explained.

The uncontrolled release of reactants like sulfuric acid before, during, and after mining operations could have catastrophic consequences, especially when compounded with extreme precipitation, he added.

Officials like the Energy and Natural Resources Minister Datuk Seri Takiyuddin Hassan have attempted to assauge public fears of water contamination by stating that the extracted lanthanide ores were not inherently radioactive themselves. While this is true, water samples taken from drinking wells within the project area already show levels of ammonium and thorium, a radioactive element, at potable water limits. According to Wendling, lanthanide mining could potentially increase the concentration of these chemicals to harmful levels, thereby compromising the local water supply.

SAM questioned the EIA’s legality for allegedly violating existing planning policy and conservation laws, pointing out that mining was an inappropriate use of land already designated by the Malaysian government as highly sensitive. The land is categorised as an ESA Rank 1, where “no development, agriculture or logging shall be permitted except for low-impact tourism, research and education”.

SAM also claims the project encroaches upon the Kenderong Forest Reserve, which is already threatened by logging and mining operations. Moreover, the proposed mine is located adjacent to the Central Forest Spine, a multi-state forest that links several environmentally sensitive areas with crucial corridors for critically endangered species like the Asian elephant and the Malayan tiger.

However, according to a copy of the EIA seen by Eco-Business, the project is listed as being “within” the Kenderong Forest Reserve, and in the “immediate” vicinity of the Hulu Perak and Belukar Semang Forest Reserves. Furthermore, open access to the document is no longer available as its period for public exhibition expired on 5 August 2021. While allowing public access to EIAs for a limited time only is standard DoE procedure, the practice could hinder the public’s ability to verify claims made about the project.

The project is in a very remote area. The public will not be able to see it, and access will be difficult. We are not confident that monitoring, enforcement and adherence to standard operating procedures will be done properly.

In an interview with Eco-Business, SAM raised further concerns about the lack of transparency surrounding the EIA’s approval process.

“The Director General of Environment stated the project had originally been approved, but the website had a technical glitch. The DoE didn’t explain how they reached their decision either, and public feedback on the project has not been released,” said SAM president Meenakshi Raman.

Raman adds that Malaysia’s poor environmental track record is another reason she worries about the management of the lanthanide mine.

“It’s not just the rare earth issue. We’ve had so many cases of industrial waste being dumped. In this particular situation, the project is in a very remote area. The public will not be able to see it, and access will be difficult. We are not confident that monitoring, enforcement and adherence to standard operating procedures will be done properly.”