No stranger to the threats of climate change, the Philippines is trying to achieve a delicate balance between climate action and energy security. Will its first solar factory inspire a much-needed transition to renewable energy?

Project developer Solar Philippines opened the country’s first photovoltaic (PV) panel factory on Wednesday, a facility which was inaugurated by President Rodrigo Duterte and hailed by observers as a step forward in helping ease the Filipinos’ energy woes and advancing the country’s climate fight.

Solar Philippines’ factory is located in Santo Tomas, Batangas, a province south of Manila. The company promises Filipinos a 30 per cent savings on their monthly electricity bill by making solar panels and batteries more accessible to local communities.

The country currently relies heavily on fossil fuels, particularly coal, which makes up 44.5 per cent of the Philippines’ power generation mix.

Speaking at the inauguration, Duterte noted that the opening of the factory is timely as the country needs to address increasing demand for renewable energy. “It is high time that we begin to establish local solar power,” he said.

The factory will create 50,000 jobs, from manufacturing to installation, and show the world that Filipino ingenuity is second to none.

Solar Philippines chief executive officer Leandro Leviste said that dwindling solar panel costs and the availability of Filipino workers who are experienced in manufacturing solar panels in line with international standards and certifications, have made it possible for the company to enter the solar panel manufacturing business.

“The factory will create 50,000 jobs, from manufacturing to installation, and show the world that Filipino ingenuity is second to none,” Leviste said.

The 8,429 square metre facility has the capacity to produce 2.5 million solar panels a year— equivalent to a generation capacity of 800MW a year—making it one of Asia’s biggest solar factories.

The Philippine solar factory plans to export panels to the United States and Europe. It has also begun to sell to local distributors, residential and business establishments.

A Philippine climate and sustainability-focused non-profit, the Institute for Climate and Sustainable Cities (ICSC), welcomed the factory’s opening.

ICSC executive director Red Constantino told Eco-Business that the country having its own solar factory proves that the Philippines can and should invest in more renewables, “not just as a means to reduce greenhouse gas emissions but also to boost the economy and secure cheaper and more reliable electricity for all.”

“Solar Philippines’ offer (for cheaper energy) is not surprising and reflects the continuing drop in renewable energy costs,” Constantino said.

“On the other hand, more coal plants here and around the world increasingly run the risk of becoming stranded assets as fuel prices and currency fluctuations become more volatile”, he added.

Despite the mounting evidence that solar is a more environmentally and economically viable energy source, the country’s Department of Energy has no immediate plans to wean the energy sector off fossil fuels. 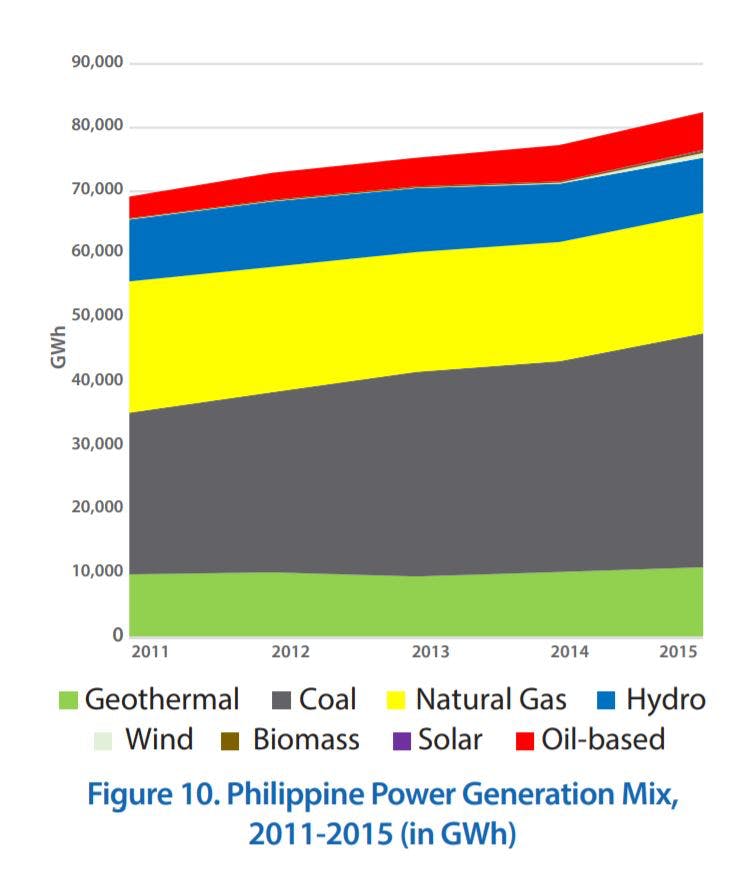 To meet this ambitious target and power the country’s robust and power-hungry economy, the Philippines is likely to remain reliant on coal, as seen in the DOE’s Coal Roadmap for 2017 to 2040.

According to the roadmap, the energy department will continue with its initiatives to fast-track granting certificates of compliance (COCs) to coal producers. A COC is a pre-requisite to the commencement of commercial operations of a power generation plant. 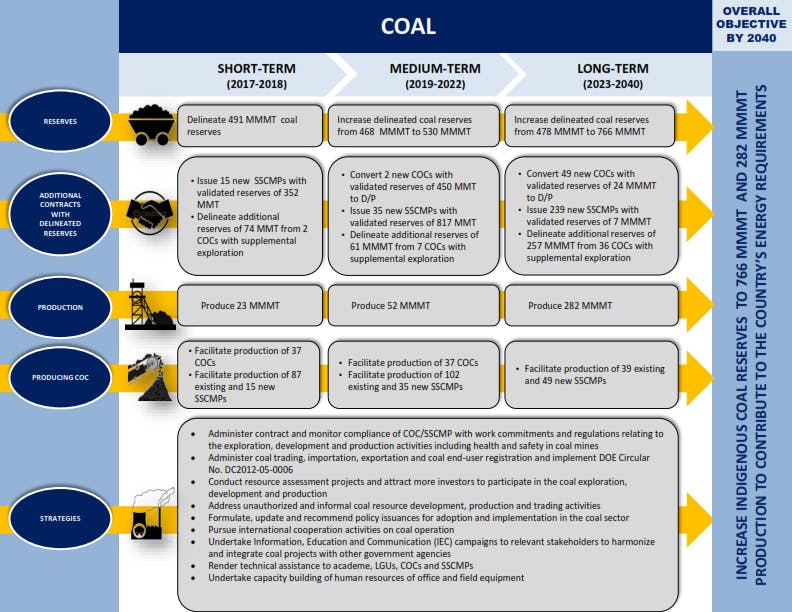 In contrast, while the energy department’s Renewable Energy Roadmap for 2017 to 2040 outlines policy initiatives, it does not identify specific targets for renewable energy support.

Amid this, the Filipino people suffer the burden of having to pay the highest price of electricity in Southeast Asia.

The Philippine energy department acknowledges the price of electricity in the country is a major challenge, and one reason for these higher prices is the absence of government subsidies, it said.

“With more energy options available, consumers are expected to gear towards finding the right balance in satisfying their energy needs”, he said.

In an editorial published in the South China Morning Post in March this year, Cusi, however, cautioned that the balance between promoting socioeconomic growth and combating climate change is an “extremely fine one” for governments like the Philippines.

Cusi said there is no “one-size-fits-all” approach to tackling climate change because energy is a necessity for growth and conventional energy sources like coal offer affordable power compared to renewable energy.

Thus, the energy secretary said he takes a “technology-neutral” stance to energy sources that will power the country.

“Technology-neutral means that we shouldn’t be constrained by rigid or arbitrary targets in sourcing our energy. Both conventional and non-conventional sources must be considered, but this shouldn’t be equated with abandoning climate action,” Cusi said in his March editorial.

Solar Philippines’ Leviste, meanwhile, said that soon, the Philippines will become a leader in the global energy transition.

“Around the world, consumers are going solar because they see the renewable energy revolution has already arrived. We are optimistic that Filipinos will think the same,” he said.