More companies are now reporting the impact they have on the environment and society. But where is the value in doing this, and what affect does it have in the real world? Eco-Business asked the new chief executive of Global Reporting Initiative (GRI), Tim Mohin.

As the man formerly responsible for ensuring that computing giant Apple’s supply chain was free from human rights violations and other abuses, Tim Mohin knows more than most about the value of full disclosure.

He is six months into his role as chief executive officer of the Global Reporting Initiative (GRI), the world’s most widely used sustainability reporting framework, with a mission to encourage more firms to report on the progress they’re making to report on their economic, environmental, and social impact.

His job, though challenging, is getting easier, he says. More companies want to tell the world about their sustainability performance. Indeed, more companies increasingly have to. 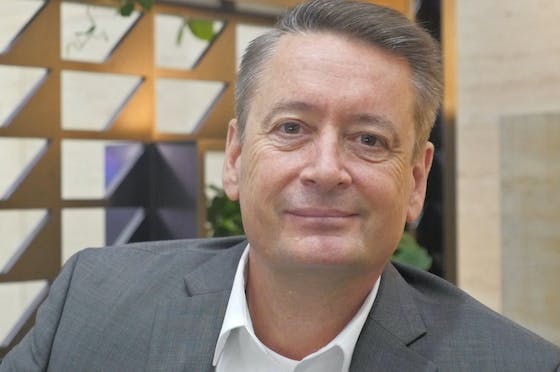 Even in Asia, which has been much slower than the West to adopt sustainability reporting, stock exchanges in territories such as Japan, Singapore and Hong Kong now mandate publicly listed firms to report the impact they have on society and the environment, and measure the improvements they are making as they grow.

Mohin, whose career includes stints with the recently weakened Environmental Protection Agency and Intel, where he led the chip-maker’s environmental and sustainability arm, shares that Asia is the fastest growing region for GRI.

But despite rapid growth in the uptake of sustainability reporting, companies often gripe about the extra workload that comes with the need to report, while critics wonder if the practice really brings about positive change in the world.

In this conversation with Eco-Business, Mohin talks about how effective sustainability reporting is at driving real change, its relevance for small to medium-size enterprises in Asia, the danger of companies using sustainability reports to greenwash, and what he calls the “transformative power of transparency.”

GRI has been around 20 years. How do you know whether the organisation has been effective in that time?

This is an existential question that is difficult to answer. Nobody has documented the cause and effect of reporting on a broad scale. But from what I’ve seen over 22 years, in some of my previous places of work, is that when you shine a light on something, you tend to improve it. By simply measuring something and putting it in the public domain, you have an incentive to get better; it’s the transformative power of transparency.

The biggest barriers we’re seeing are confusion and [reporting] burden.

Is GRI and sustainability reporting becoming an easier sell?

It is, for a number of reasons. One is that GRI standards have been around for about 20 years now – we started in 1997. We are, by far, the most adopted sustainability disclosure standard.

Today, of the 250 largest companies in the world, 90 per cent of them are reporting sustainability performance; 74 per cent of those are using GRI standards. And out of all the companies in the world that are reporting sustainability results, 72 per cent are using GRI standards. Reporting policies have been introduced now in 45 countries and regions – 35 of those being stock exchanges. The fastest growth rate is in Asia, where we have seen a doubling of GRI reporting in the last five years.

This is a trend that is spreading around the world. One of the reasons for this is the new standards. We went from issuing guidance to issuing actual standards in October 2016. So as we’ve professionalised the disclosures, we’re seeing a greater uptake, not just by the reporters, but by regulators as well.

What do you say to critics of GRI who suggest that its standards are not actually standards, because reporting is not obligatory and is a box-ticking exercise?

GRI’s reporting framework is specifically designed to not be a tick-box exercise. The starting point for reporting using the GRI Standards is a robust stakeholder engagement process, which then informs the company-specific materiality analysis. GRI standards cover 33 sustainability topics. Nowhere has GRI ever said that an organisation should report on all 33 of those topics. In fact, they shouldn’t.

Each company needs to decide which topics are most relevant for the business and its stakeholders and then choose only the most important issues.We don’t tell companies which areas to look at. We don’t hand them a list with boxes that need to be ticked. The companies that do GRI-reporting have to figure this out for themselves.

What is a sustainability report?

A sustainability report is a report published by a company or organisation about the economic, environmental and social impacts caused by, or linked to, its operations.

Materiality is a term taken from the accounting world, where it refers to external factors that signifcantly affect a business’s revenues. In the sustainability sphere, however, it is defined as the environmental, social and economic factors that are critically important to both a company’s stakeholders and its long-term success as a business.

Is there a risk that companies are using sustainability reports to greenwash?

It’s a very serious issue. Although we don’t check for reporting quality, it’s something we’re very concerned about because as sustainability reporting takes root, people start to rely on the information to make decisions. If the data is not reliable then the wrong decisions can be made. I really want to make this point very clear that it’s not about the report, it’s about the results that we get from that disclosure. Sustainability reporting is actually a transaction. Somebody creates the information, and someone uses it to create change.

What are companies are getting wrong with their sustainability reports?

One area of confusion is that the standards are seen as mandatory across the board. But the whole premise behind sustainability reporting is that all companies are different and they’re going to have different impacts and opportunities when it comes to sustainability.

We have advocated for what we call a materiality assessment; companies are able to assess what the most important impacts are for their business, and then we provide what I would call a library of different standards that they can pull off the shelf for those issues that are material to them, and disclose on those only.

The SDGs have a 2030 deadline - that’s less than 5,000 days away… clearly, business has a big role to play in meeting the goals.

In Singapore and Hong Kong, at least 98 per cent of businesses are SMEs. What sort of uptake in sustainability reporting are you seeing among SMEs in this region?

This is one of the biggest challenges. Across the world, 90 per cent of economic activity is in the SME space, and so we know that that’s a big area for us in terms of sustainability disclosure.

The biggest barriers we’re seeing are confusion and [reporting] burden. The practice of reporting can be quite daunting. We’re in the pilot phase of an SME reporting tool that aims to simplify the process for new reporters.

Financial markets respond to short term factors. Do you think these markets are moving fast enough to take into consideration longer-term factors such as sustainability?

I’d like to see that shift go faster. Let’s face it, investors are incentivised to gain returns. And so, if there are sustainability disclosures that help them do that, they will definitely be interested. But looking four to five years down the road has never been something that most investors have been motivated to do. It is a slow change.

And there’s a real difference too, in how we define materiality. In the financial world, materiality is what affects the company. GRI’s definition of materiality is a company’s impacts on the outside world. So investors see materiality as inward looking, while we think it is outward looking - they’re direct opposites.

The Taskforce on Climate Related Disclosures (TCFD) is beginning to ask, what could happen in the future, when climate change is much more present? And the answer is, it could have significant financial implications for a company.

There are many other reporting frameworks on the market, each claiming they are the most comprehensive. How do companies pick a standard?

I think there’s a lot of confusion and fragmentation in the marketplace right now. And so one entire pillar of my strategy is called harmonisation. It’s early days, but we’ve reached out to the Sustainability Accounting Standards Board (SASB) in the United States, which had been viewed as somewhat of a competitor with GRI, and formed a partnership with them. There is no time, or resource to spend on fighting between one another, when sustainability is such an ever-present issue. It’s my ambition to harmonise with other standards.

Do you think the upswell of sustainable thinking in the business world is happening fast enough to meet the challenges set by the United Nations’ Sustainable Development Goals (SDGs)?

The SDGs have a 2030 deadline - that’s less than 5,000 days away. Some companies now that have revenues bigger than the GDP of some countries, and supply chains that stretch around the world. So clearly, business has a big role to play in meeting the goals. But we often look at sustainability as a litany of doom; dwindling resources, climate change, an increasing population. I think that we have to stop looking at sustainability as a bunch of risks that we have to manage, and look at it as an opportunity for companies. Once companies really apply their core competencies to solving sustainability issues in the world, then we’ll start to see the change.