Iceberg in the tropics: Art raises awareness of plastic pollution

Art installations made from plastic waste in a dozen Asian cities demonstrate how our convenient and unnecessary habits of using plastic are impacting human health and nature.

Ever seen an iceberg in the tropics?

To raise awareness of record levels of plastic discovered in the Arctic, with concentrations in samples reaching of more than 12,000 microplastic particles per litre of sea ice found earlier this year, a 4-metre high iceberg made from plastic bottles has been installed in Singapore. The plastic berg aims to show how plastic pollution has encroached on the most isolated and pristine places on Earth.

The iceberg is one of three art installations that were built from some 40,000 recycled plastic bottles as part of the Singapore leg of UN Environment’s #BeatPlasticPollution Campaign that launched on World Environment Day.

The largest installation is a 120-metre long caterpillar at Marina Barrage made from 18,000 plastic bottles.

“The fact that it is so easy to collect 18,000 bottles in less than two weeks shows how vast the amount of plastic that is being generated actually is,” Kenneth Koh Qibao, one of the artists involved in the installation, told Eco-Business.

There are simple actions that you can adopt as habits in your everyday life. Collectively, all these actions will make an impact on our environment.

Between 5 and 13 million tonnes of plastic enter the ocean every year, harming marine ecosystems and human life. Singapore alone generates about 815,200 tonnes of plastic waste annually but recycles only 6 per cent. As cities all over the world move to ban or tax single-use plastic, Singapore has resisted calls to restrict it.

“If you can’t reuse it, refuse it”

With these words, Isabelle Louis, deputy regional director for Asia and the Pacific UN Environment, encouraged the crowds gathering in front of the stage at Marina Barrage to step up their efforts to reduce plastic consumption.

“Do you need another bag? Do you need the plastic spoon? Do you need the straw? Every single bit that you can do makes a difference,” she urged, pointing out that a whale recently died in southern Thailand after swallowing more than 80 plastic bags.

“[There are] simple actions that you can adopt as habits in your everyday life. Collectively, all these actions will make an impact on our environment,”, said Amy Khor, Senior Minister of State for the Environment and Water Resources.

She emphasised that besides efforts the city-state is making to reduce plastic waste, which include the ban on single-use plastics for dine-in options at hawker centres, and a new regulation that requires businesses to report on their packaging waste by 2021, consumers need to make their contribution to curb consumption.

The #BeatPlasticPollution campaign in pictures 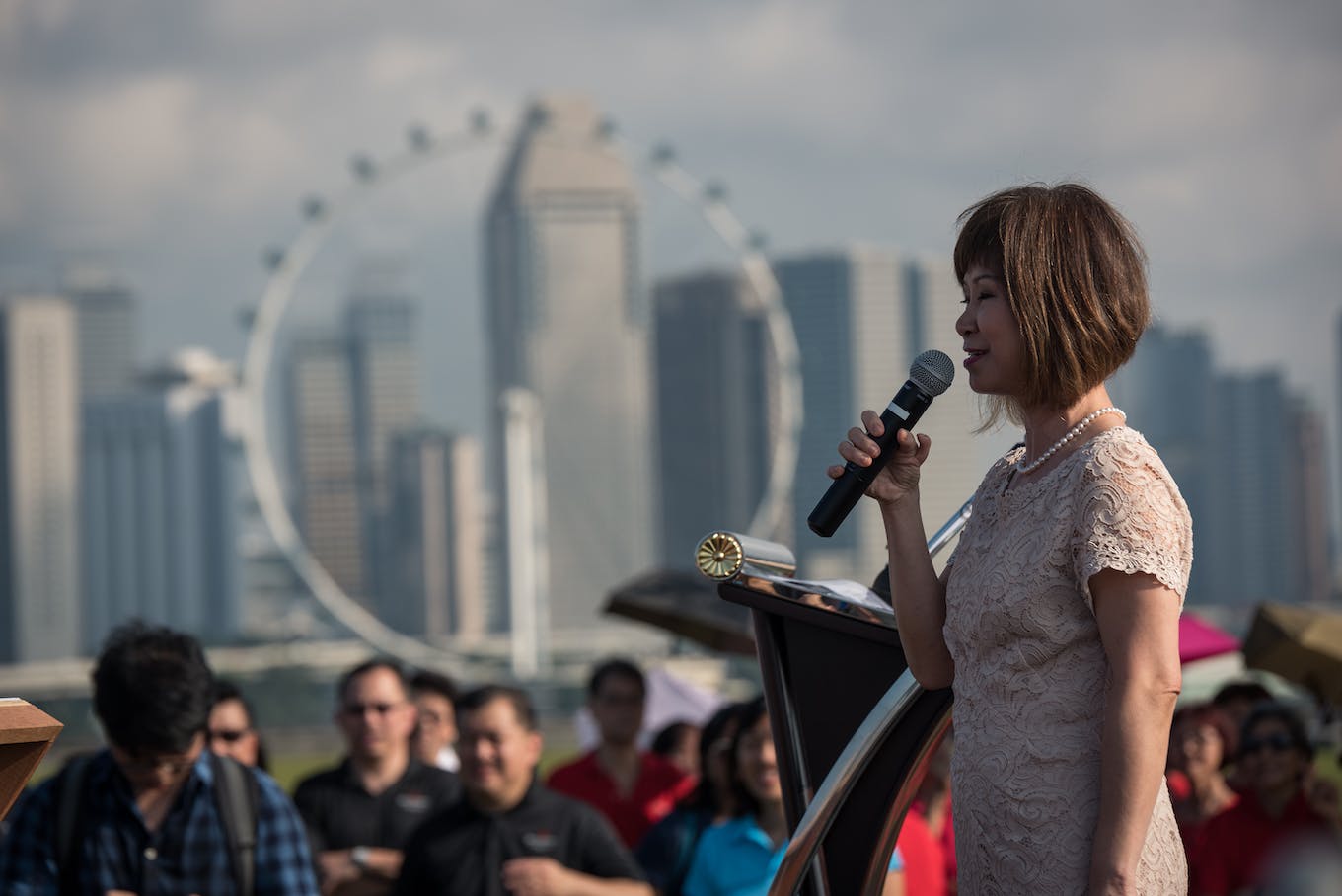 Amy Khor, Senior Minister of State for the Environment and Water Resources, speaking at the opening event of the #BeatPlasticPollution campaign at Marina Barrage. Image: Eco-Business 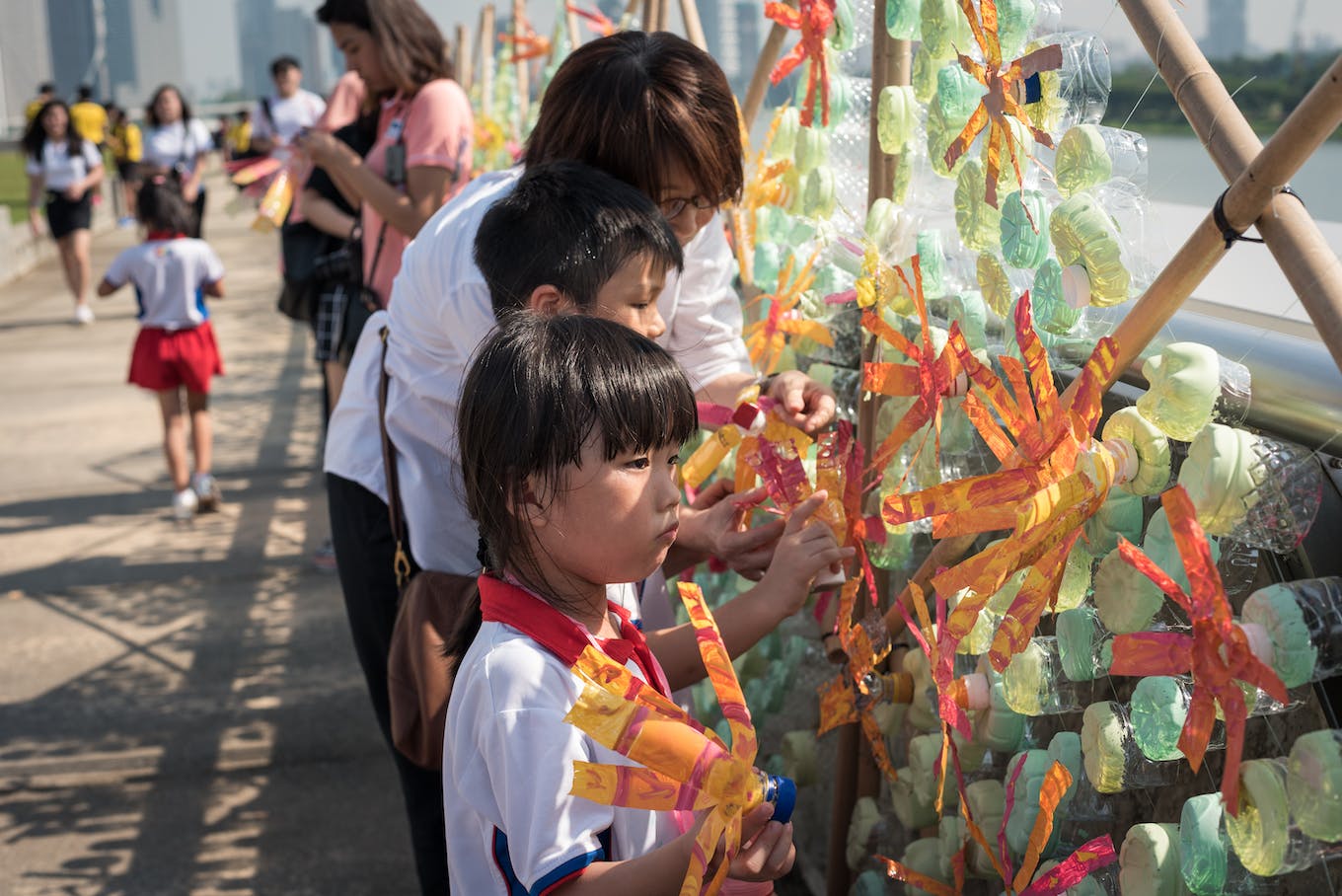 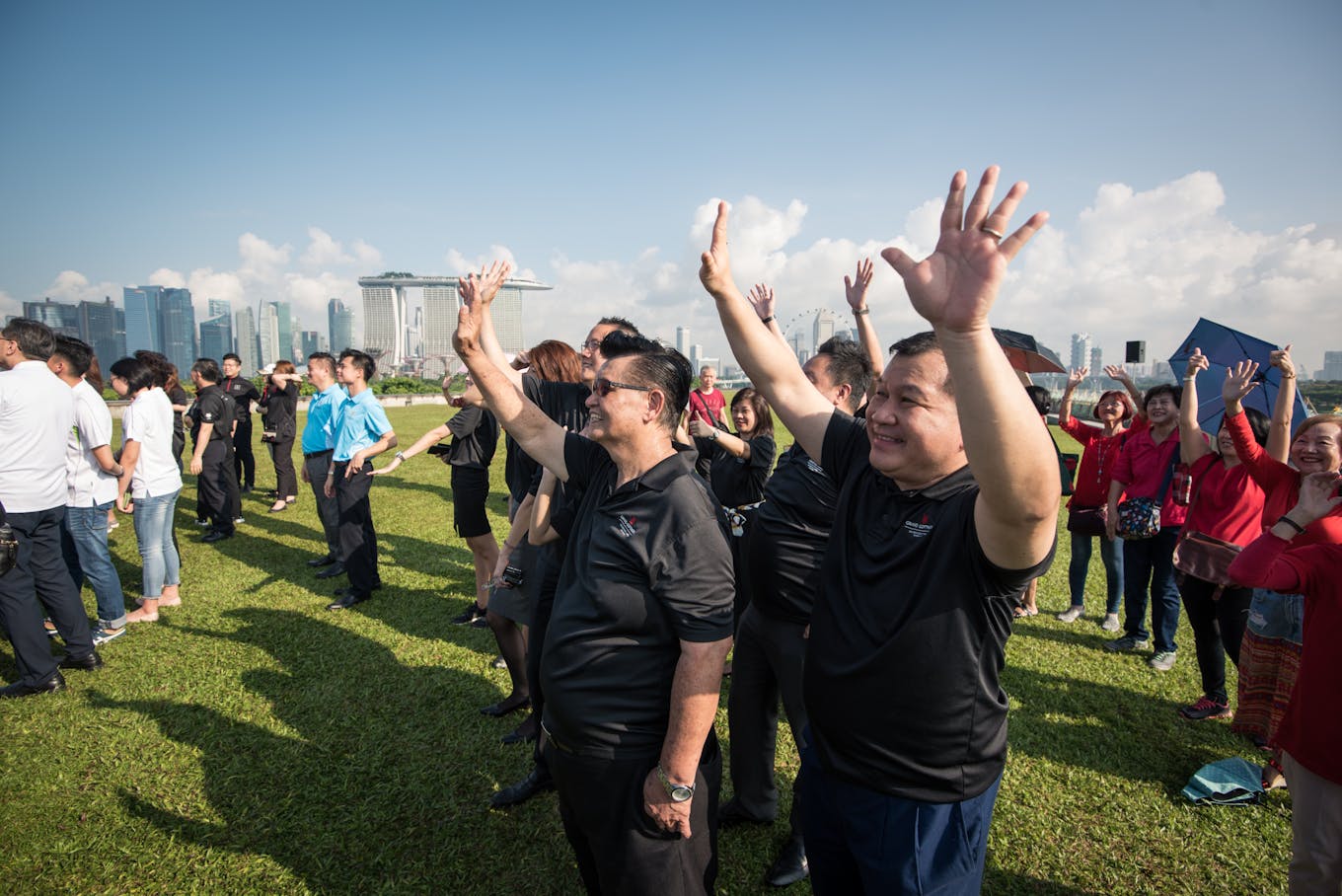 The audience at the opening event of the #BeatPlasticPollution campaign at Marina Barrage, the mission of which drew more than 100 people from across Singapore. Image: Eco-Business 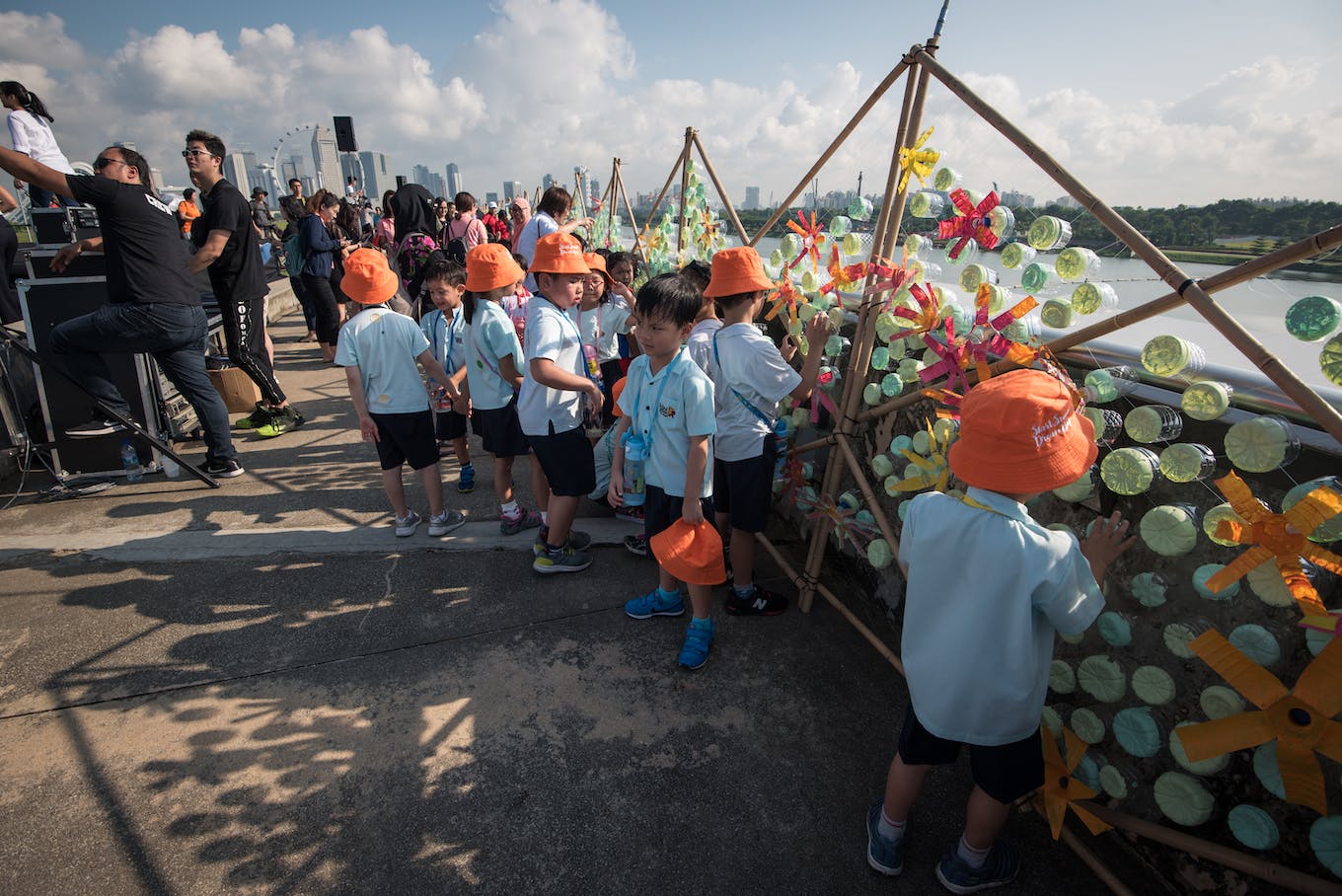 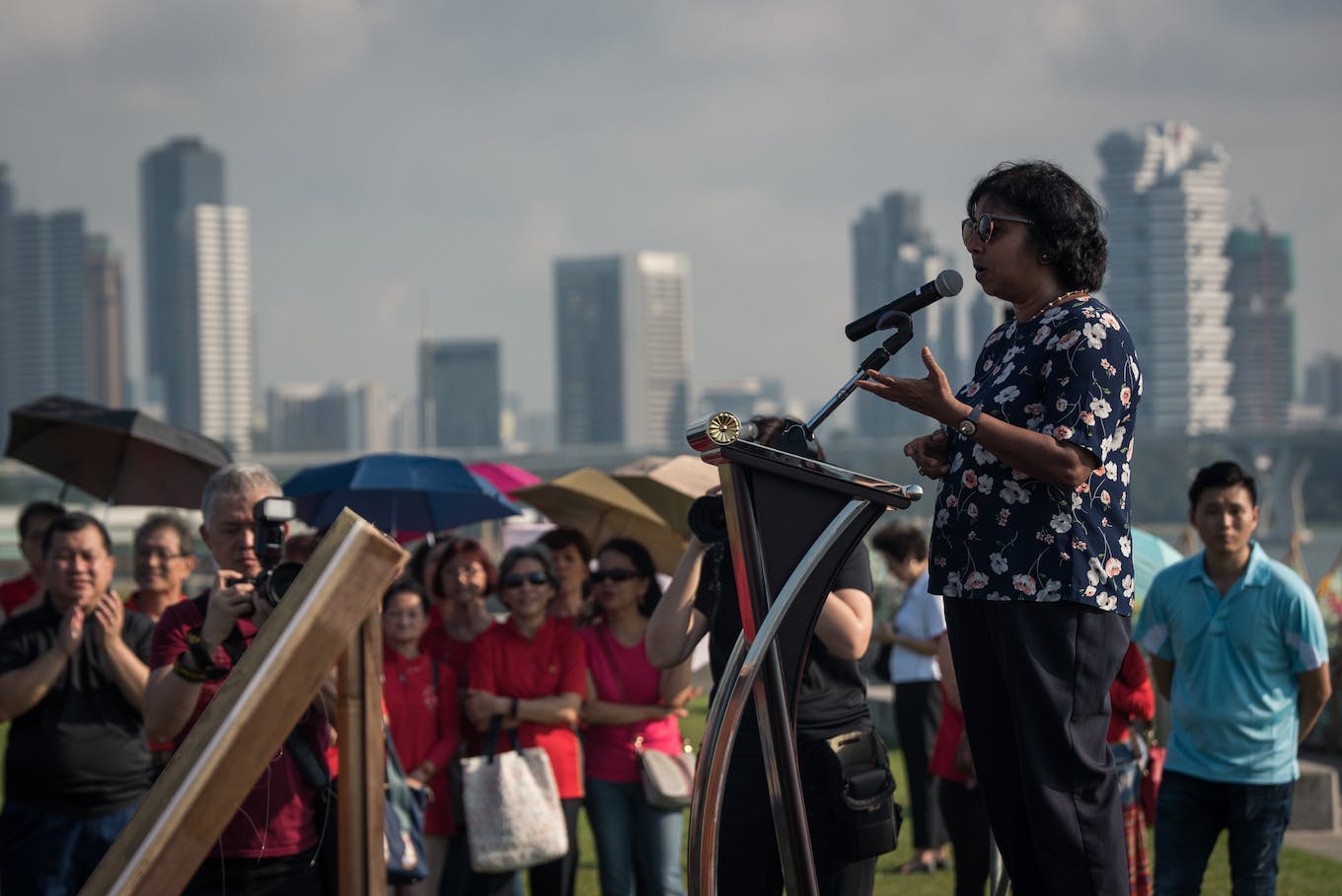 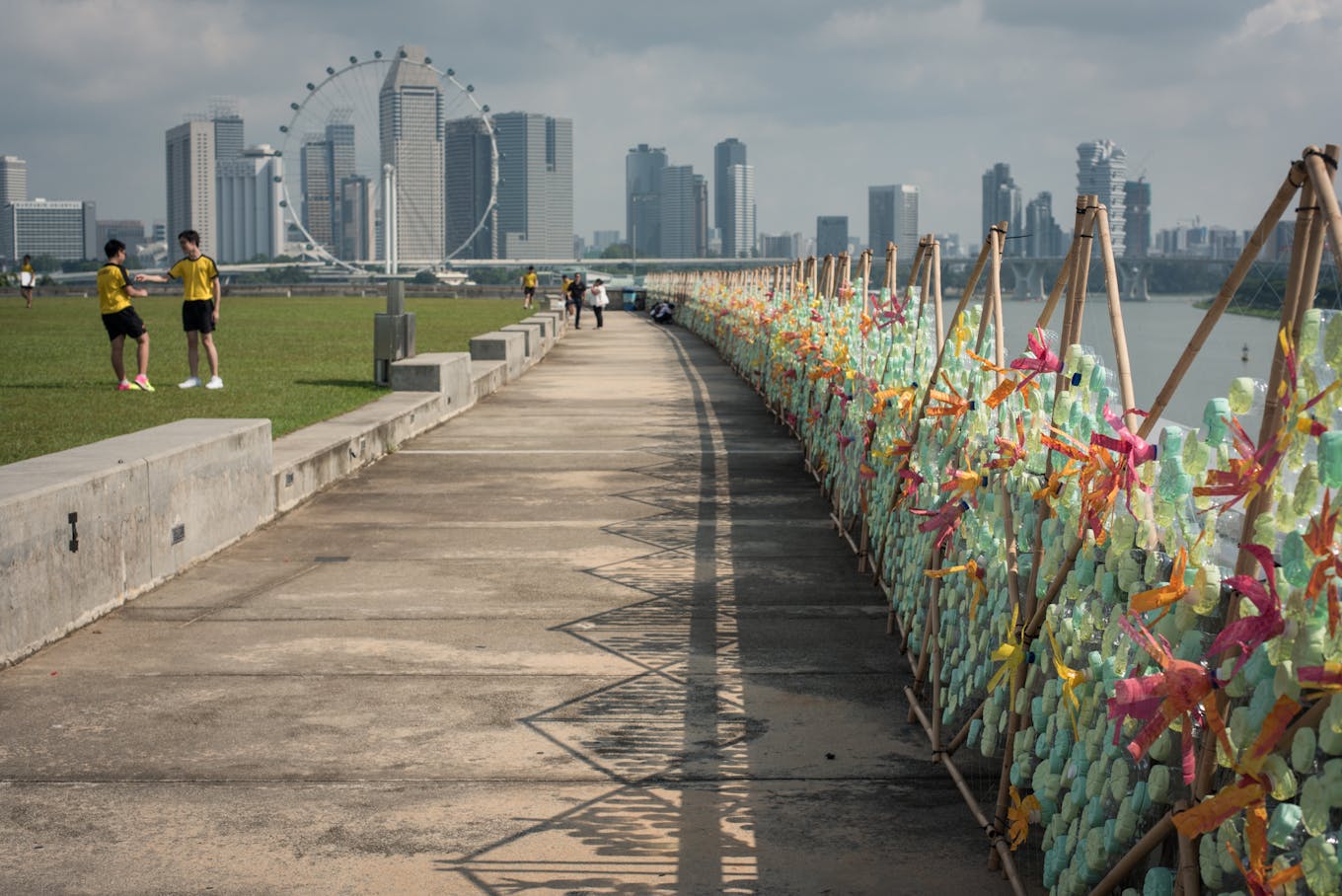