How to work better together to achieve the SDGs

Governments, businesses and civil society must work together to achieve the Sustainable Development Goals (SDGs). Leaders in these fields discussed how they can collaborate better at a recent conference in Singapore.

Achieving the Sustainable Development Goals (SDGs) will require civil society, businesses and governments to work better together, and from this need new ways of collaboration and financing have emerged that are likely to become more prevalent in years to come.

Marco Lambertini, director general of the World Wide Fund for Nature (WWF), said the SDGs—a United Nations-created set of goals to eradicate poverty, improve living standards and protect the environment by 2030—have triggered a “deep cultural revolution”, moving the current socioeconomic model of development from being a cost to the environment to one where society, economy and environment are interdependent.

In response to this revolution, the international non-governmental organisation (NGO) has changed the way it carries out its mission, actively engaging new sorts of partners from different sectors to co-develop its environmental programmes.

“We’re not asking others to join our mission, but we’re available to co-design efforts in order to manage tradeoffs, develop synergies and deliver a bigger impact across environmental, social and economic dimensions,” Lambertini said, adding that this sort of collaboration would not dilute the WWF’s ultimate purpose: to protect nature.

He added that the NGO did not want to criticise from the sidelines but work together with other players, while “stand(ing) firm in terms of achieving the impact we want to achieve”.

The chief of WWF was speaking last week before a 350-strong audience of business leaders and policymakers at Ecosperity, a sustainability conference organised by Singapore investment firm Temasek. The theme of how companies can align their businesses to fulfil the SDGs underpinned the speeches and panel discussions throughout the conference.

That was when she realised that Asia required a new paradigm because “prosperity in the 21st century has to be generated in a very different way, and has to put people and the planet at the centre of decision making and investment choices”.

She said what set the SDGs apart from its predecessor, the Millennium Development Goals, was that the former lays out three areas of implementation: building awareness and demand for ethical products and services, sharing technology to spur innovation, and allowing developing societies to adopt the latest technologies, and new ways of financing. 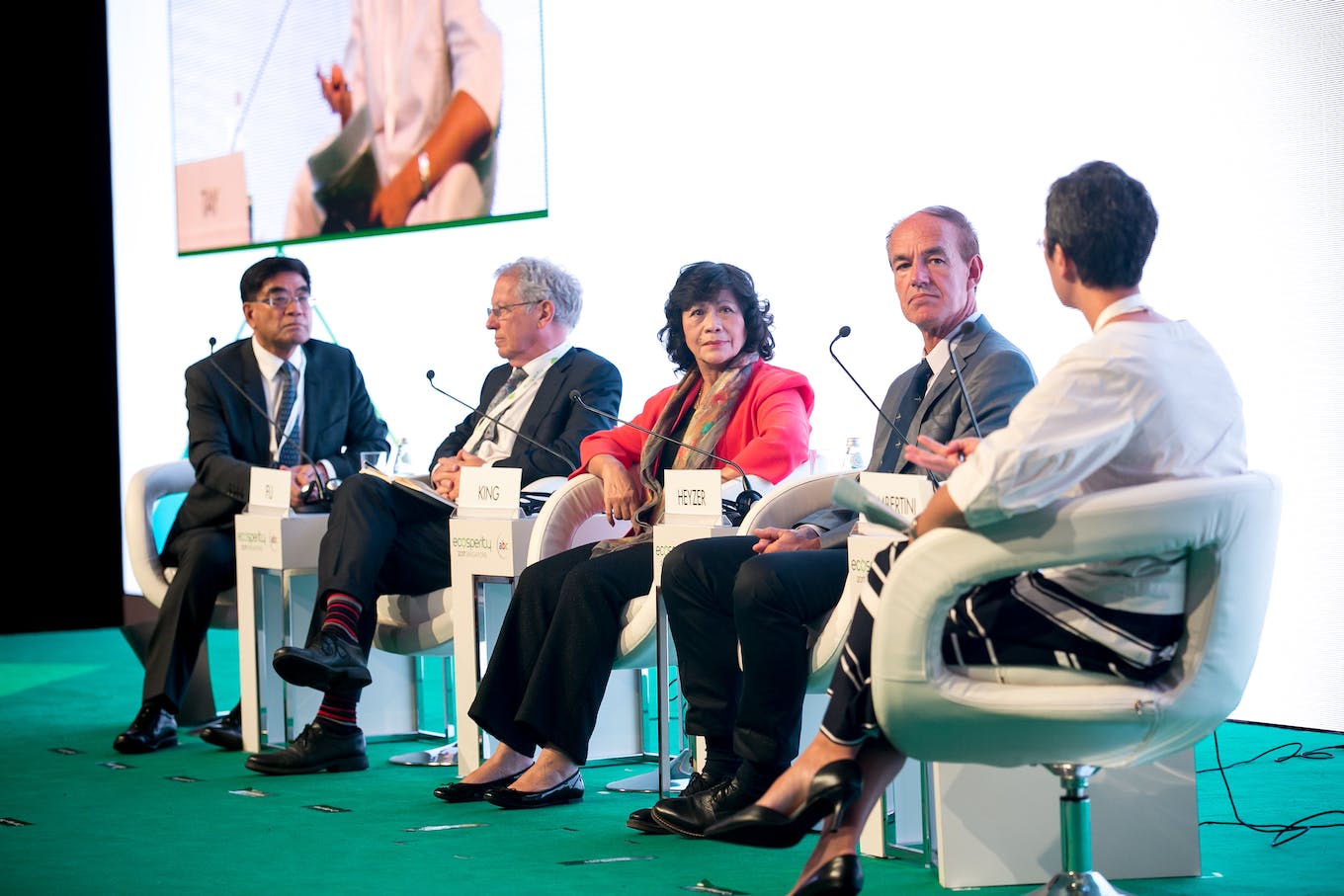 “Mankind is not going to move on this agenda unless there is adequate financing, and this is where business and investment have to come in,” said Heyzer.

Working to accelerate global clean energy innovation is Mission Innovation, a coalition of governments pledging to invest in clean energy research and make such innovations accessible across the world.

Sir David King, partner at advisory, business building and investment company Systemiq and a key architect of Mission Innovation, told the audience that each of the group’s 22 countries and the European Union will double investment into this area in the coming years to put together $30 billion annually. It has also partnered the World Economic Forum to connect its members with leading companies.

“The whole objective is to use this public money to de-risk (clean energy technology) for the private sector, which has the capability to take these new technologies into the marketplace,” said King, who added that Microsoft founder and billionaire philanthropist Bill Gates had invested $1 million of his own money into the venture.

King, who was also the United Kingdom’s special representative for climate change until March this year, warned against making investments in fossil fuels that could become stranded investments in the future.