Twice the safe level of mercury has been found in shark meat in Indonesia, destined to be sold as fish burgers and fish and chip meals in markets such as Australia and Singapore.

This is the first time that mercury levels have been tested in Indonesia-caught sharks bound for markets overseas, where importers and consumers are unaware that the fish that goes into fish burgers and fish and chips meals is shark.

Bull shark meat tested on 26 January 2017 was found to contain 2.431 parts per million (PPM) of mercury. The consumption limit for predatory fish species in key Indonesian export markets such as Australia, Singapore and New Zealand, and also Indonesia, is 1.0 PPM.

Bronze whaler meat - commonly sold as “flake” in Australia and cooked in batter for fish and chips dish- tested a week earlier was found to have a mercury concentration of 1.829 PPM.

Bull shark meat sourced from the same location just a year ago was found to contain a significantly lower concentration - 1.368 PPM. 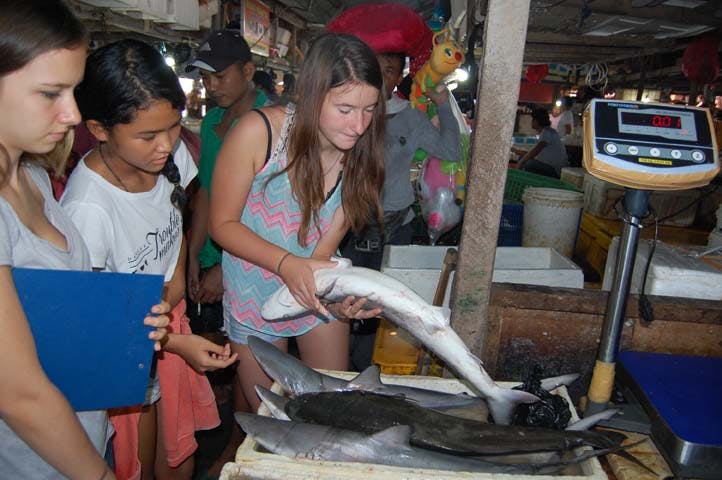 “Consumers are being deceived and are unaware of the type of fish being sold and ultimately ingested,” commented Paul Friese, founder of Bali Shark Rescue Center, whose non-government organisation partnered with sustainability college Green School of Bali to conduct the study. 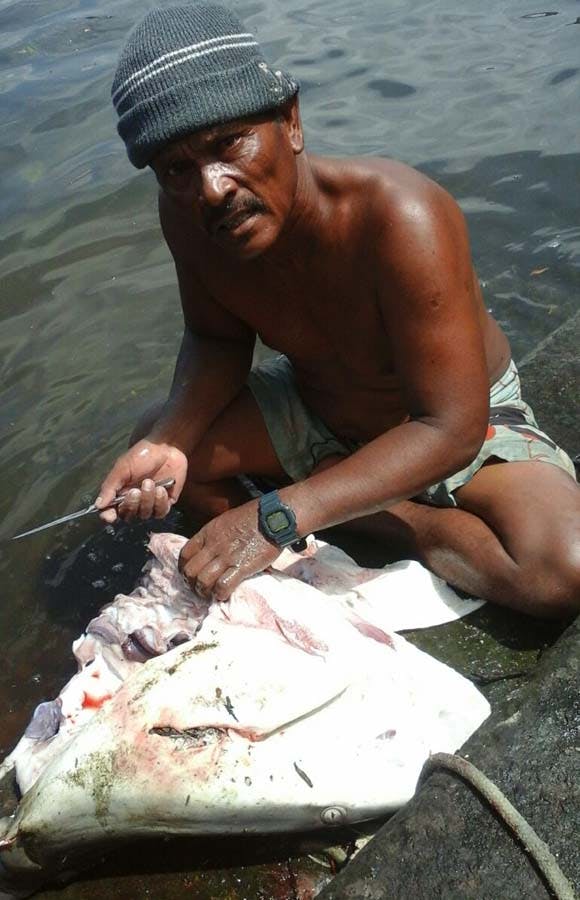 In Indonesia, most sharks are harvested for their valuable fins and liver first, and those parts sold to specialist buyers. The animal is then skinned, beheaded and the meat is filleted and moved back into the fish market unmarked.

Shark fin can fetch up to IDR 2,500,000 (US$200) for a set, but locally sold shark meat sells for as little as IDR 25,000 (US$2) per kilo, and is used in street foods such as sate, fish cakes and meat balls. Overseas, shark meat is typically breaded and deep fried as fish burgers or used in the classic fish and chips dish.

The sale of shark meat is also masked by transshipping, the process of transferring fish caught at sea from ship to ship, which makes the source harder to trace.

Shark is particularly risky to eat because mercury bioaccumulates - the concentration of the heavy metal increases as it passes along the food chain, from plankton to shellfish, to small fish and onto larger predatory species.

Mercury has entered marine ecosystems as a result of discharge from coal-fired power stations, residential heating systems, waste incinerators and mining, and also from volcanic activity.

The main health risk from mercury consumption is damage to the nervous system. Unborn babies are particularly at risk from mercury pollution and, if exposed, may suffer impaired cognitive thinking, memory, attention, language, and fine motor and visual spatial skills in childhood.

Meanwhile, shark populations in Indonesia have been under increasing pressure, as more than three million sharks are killed every year for their fins alone. Sharks are a tempting target for fishermen, particularly in remote island areas where the fins of the predators can bring lucrative returns.