Tech giant Microsoft and the Regional Network of Local Authorities for the Management of Human Settlements or CITYNET recently signed a Memorandum of Understanding in Singapore, which will help cities in the Asia Pacific region to become centres of sustainable development.

The initial two-year partnership, signed at the Asia Pacific Analyst Summit on 12 Nov, will tap on Microsoft’s smart cities initiative called CityNext – launched early in July – to provide member governments with a wide range of products and technologies, as well as training resources, to address the increasing urban migration and constrained financial resources in the region.

One of the critical areas in focus of the MOU, aside from cyber security, is disaster management and recovery – a highly relevant issue in the archipelagic Asia Pacific, which bears the brunt of most natural disasters such as the recent Typhoon Haiyan in the Philippines.

Such services, he added, are part of Microsoft CityNext’s “people-first approach to city innovation” that covers a broad spectrum of eight city functions, including Public Safety and Justice, of which emergency and disaster management is one area.

Many high-profile city innovation projects focus primarily on making infrastructure ‘smart’ by embedding sensors and upgrading networking capabilities. While this is a critical foundational step, limiting the conversation to infrastructure misses an enormous opportunity to unlock the human potential within a city

According to CITYNET, which has over 100 member cities from more than 20 countries, two of its member cities in the Philippines were affected by Typhoon Haiyan: Iloilo City and Calbayog City.

While the regional network has no relief and rebuilding efforts as of press time, Mary Jane Ortega, CITYNET secretary-general, noted that the collaboration with Microsoft is unique since it does not only solely rely on building or improving infrastructure, but instead it empowers people more through the use of technologies.

“A people-first approach means harnessing these capabilities to help students achieve more through a one-is-to-one learning experience, giving isolated populations access to needed government services, providing the elderly with high quality healthcare in their homes, supporting entrepreneurs to see their ideas come to fruition faster, getting commuters home sooner, and giving city employees a real-time, one-city view so they can do their jobs better,” explained Sjöström.

This means members of CITYNET will be able to engage citizens, assist them, and encourage them to be active participants in making their cities sustainable, said the network and the firm.

Governments and businesses can also team up and increase efficiencies and reduce costs through novel projects, such as the Microsoft partnership with the ASEAN Foundation that helps small-to-medium enterprises in Southeast Asia to improve their ICT skills, said Sjöström.

“Many high-profile city innovation projects focus primarily on making infrastructure ‘smart’ by embedding sensors and upgrading networking capabilities. While this is a critical foundational step, limiting the conversation to infrastructure misses an enormous opportunity to unlock the human potential within a city,” he pointed out.

There are about 100,000 people migrating to cities in Asia each day, he added. And although this heightens the pressure for city administrators to develop better services and standards of living, they can be part of the equation in fostering a sustainable life for all, he explained. 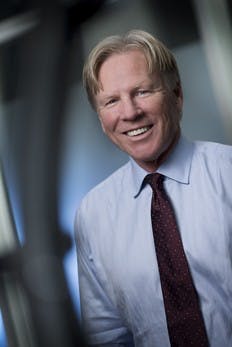 In the case of natural disasters, he said Microsoft delivers technology and expertise for governments, citizens, humanitarian organizations, and customers and partners to improve disaster preparedness and response.

“During a disaster, people want to be kept informed, they want to help, and they want to connect with each other… We also know that it is critical for community sustainability that businesses have their technology systems up and running as quickly as possible in response to disaster. Technology can help save lives by making communication and collaboration faster, easier and more comprehensive,” he said.

In the aftermath of Haiyan, Microsoft supported response efforts through their HelpBridge mobile application, allowing individuals in the United States to connect with loved ones in the Philippines, donate to organisations conducting relief work, and find opportunities to volunteer.

The firm also provided US$500,000 in cash grants and in-kind software donations through NetHope, a consortium of international NGOs that are focused in restoring communications in the disaster-stricken areas, as well arranging other other ICT needs.

Now through this public-private partnership, CITYNET members can opt to tap the Microsoft Disaster Response programs, by making the most of the existing investments of city governments, to capture the full suite of emerging solutions and capabilities that enable impacted communities to be safe, informed, and connected, Sjöström noted.