As China's electricity demand to power industry rebounds, policymakers take a U-turn on halting coal. What does this tell of China's sincerity towards ending dependence on this polluting energy source?

Satellite imagery reveals that many coal-fired power projects that were halted by the Chinese government have quietly restarted.

Analysis by CoalSwarm estimates that 46.7 gigawatts of new and restarted coal-fired power construction is visible based on satellite imagery supplied by Planet Labs. The coal-fired power plants are either generating power or will soon be operational. If all the plants reach completion they would increase China’s coal-fired power capacity by 4 per cent.

One of the biggest issues facing China’s coal sector since 2016 has been too much generating capacity, not too little. So what changed? 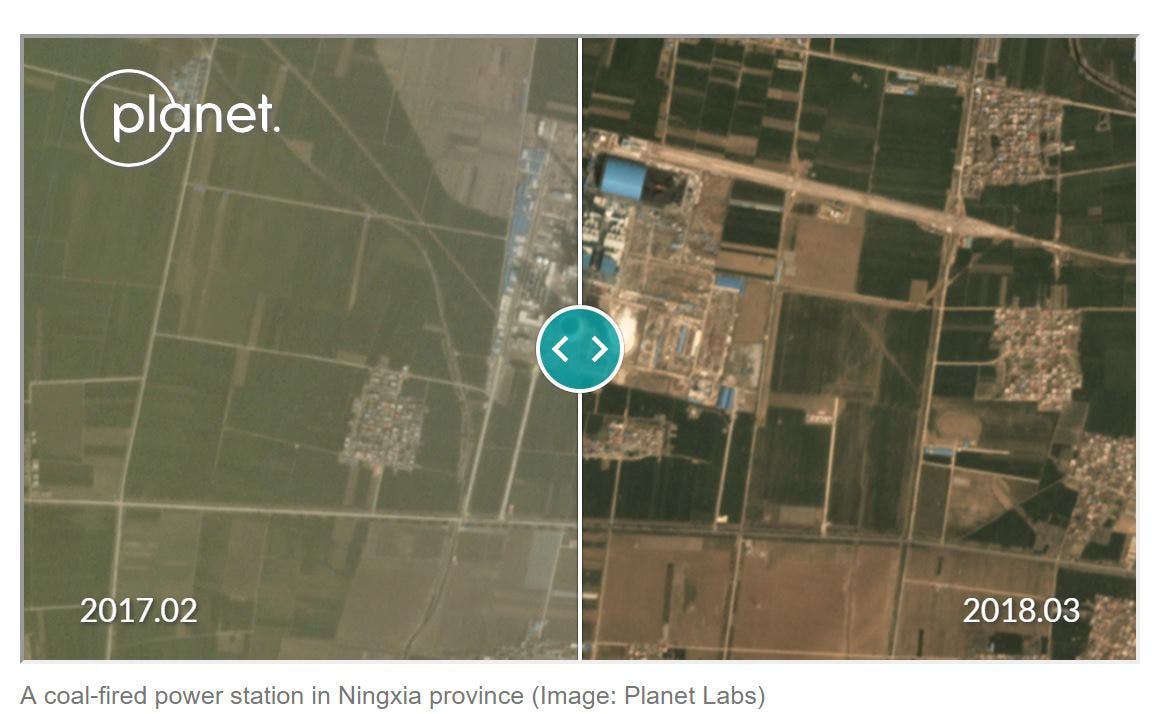 Recently published economic data for the first half of 2018, along with the latest policy adjustments, indicate that China’s power demand is rebounding.

Li Fulong, head of the department of development and planning at the National Energy Administration, said at a press conference on July 30 that coal consumption in China increased about 3.1 per cent in the first half of 2018 compared with the same period last year. The main driver of that was coal-fired power generation. Figures from the National Bureau of Statistics show a leap of 9.4 per cent in electricity use across the same period.

A rebound in industrial demand for electricity seems to have shifted attitudes among policy-makers, who are now more accepting of overcapacity.

Meanwhile, the arrival of summer has led to temporary electricity shortages in many regions, with reports of power demand outstripping supply in Shandong, Henan, Hunan, Hubei and Zhejiang provinces. In Shandong, the shortfall was estimated at three gigawatts.

This has resulted in a loosening of policy-level restrictions on the coal power sector. In May 2018 the National Energy Administration permitted Shaanxi, Hubei, Jiangxi and Anhui to restart construction of coal-fired power stations. Restrictions were also relaxed to some degree in four other provinces.

“A rebound in industrial demand for electricity seems to have shifted attitudes among policy-makers, who are now more accepting of overcapacity,” said Lauri Myllyvirta, energy analyst with Greenpeace.

The focus of the past two years has been on cutting capacity in the coal sector prompted by concerns about its rapid expansion and contribution to air pollution. 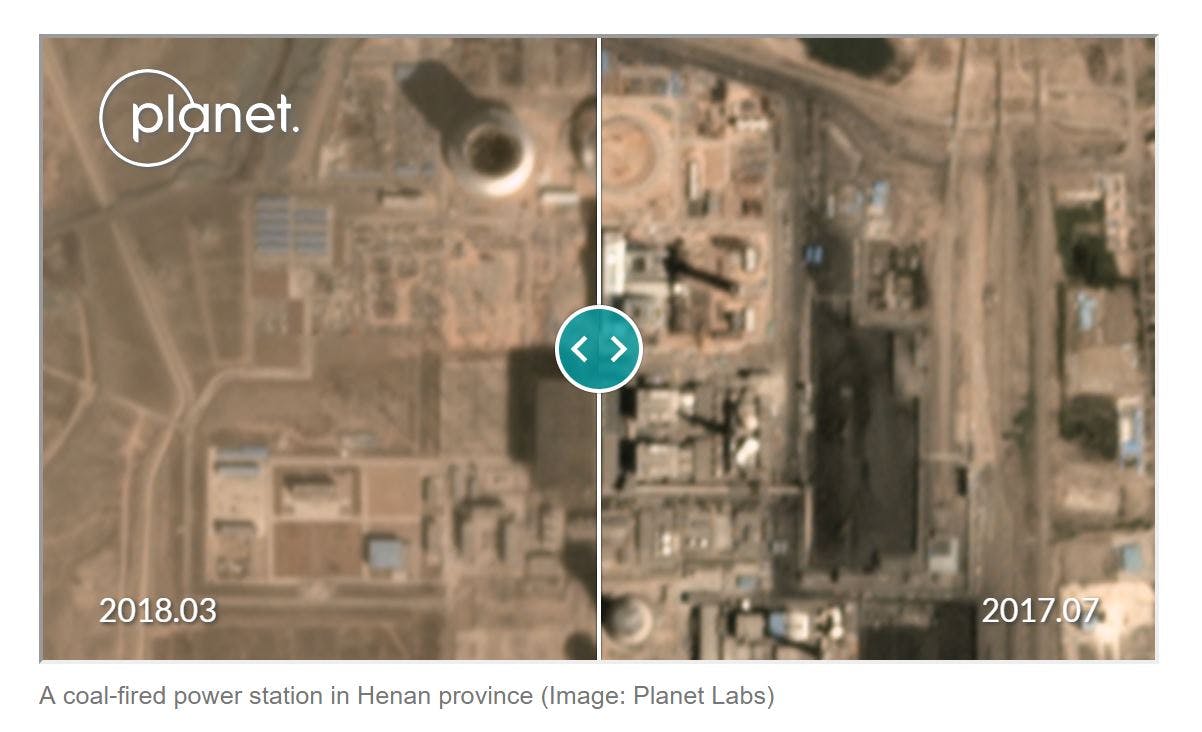 Power-hungry sectors such as construction grew rapidly early in the century, and by 2013 China had experienced 12 years of breakneck growth in consumption of coal and power. This led to overinvestment in coal power throughout the country and ultimately overcapacity and financial risk.

That blind expansion also worsened air pollution, and in some regions caused water shortages. The Chinese government was forced, for both economic and environmental reasons, to rein in the coal-power sector.

In April 2016 the National Development and Reform Commission and the National Energy Administration—the country’s top economic planning and energy regulation authorities respectively—issued a joint document instructing provinces to limit total coal-fired power capacity. Almost half of all China’s provinces were told to postpone the construction of new coal-fired power projects. In 2017 the State Energy Administration again halted work on over 100 plants that were under construction.

So will this year’s sudden leap in demand for electricity end China’s two-year policy of reducing coal-power capacity?

It’s worth noting that the policy of reducing capacity only temporarily reined in a trend towards overcapacity in the sector. Utilisation rates for coal-fired plants recovered slightly from a 50-year low in 2016, but are still nowhere near a healthy level of about 5,500 hours a year, and have not even returned to 2015 levels. In other words, there is still too much coal-fired power. 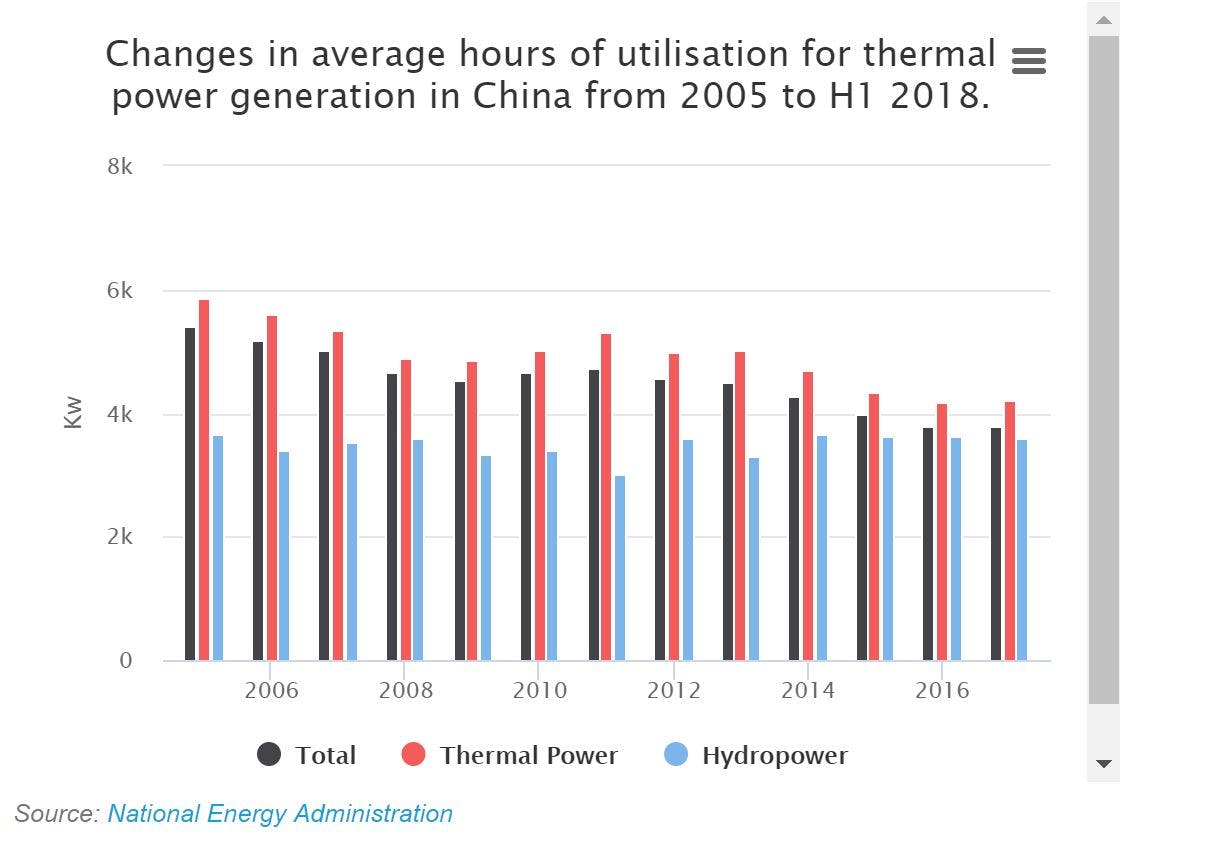 Li Fulong said that due to a hike in coal prices, half of the country’s coal power plants were running at a loss in the first six months of the year. The sector is in poor shape generally and is still trying to recover from a bad 2017.

Yuan Jiahai said that adding coal-fired power capacity just to meet some tens of hours of peak load would increase costs in the long run.

“I think once the industrial rebound runs out of steam, there will be a renewed focus on overcapacity, but for now the issue seems to be firmly on the back-burner,” Greenpeace’s Lauri Myllyvirta said.