A new report by the International Energy Agency (IEA) shows that Asia's investment in coal is falling while interest in renewables is growing. But can Southeast Asia, home to the world's largest coal exporter, truly go coal-free?

A new report by the International Energy Agency (IEA) gives a promising picture on the fight against coal: China, the world’s largest energy investor, has dramatically slowed down pumping money into coal, with the country’s rate of commissioning new coal-fired power plants dropping by 25 per cent in 2016.

This may trigger a dramatic decline for global investment in coal-fired power plants after an all-time high during the past several years, the IEA argued in its World Energy Investment 2017 report published on Tuesday.

The report, which analysed energy investments from different regions in the world as well as other parameters, also showed that India held the fourth position in the world’s biggest energy investors, owing to the Modi administration’s strong push to expand the country’s energy system and increase electricity supply. 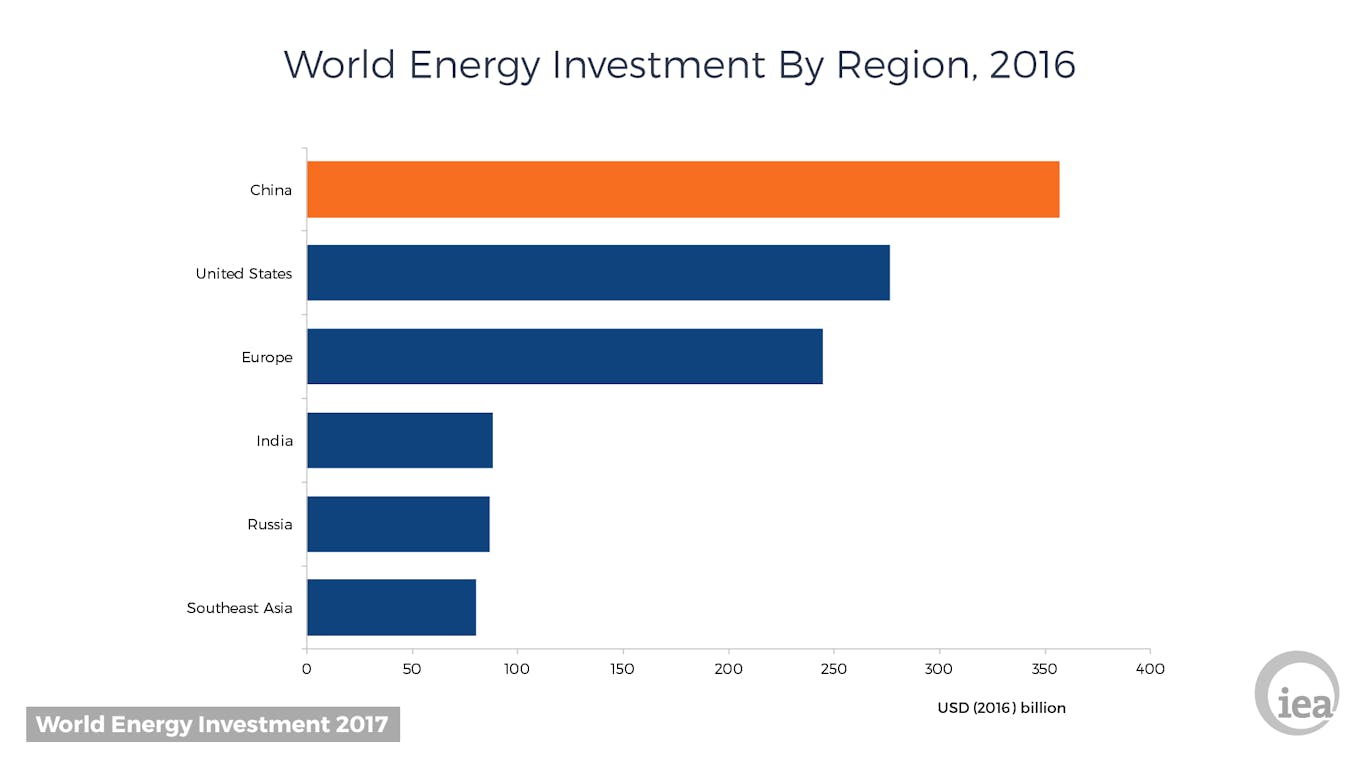 Another report released in March by international non-profits Greenpeace, The Sierra Club and CoalSwarm highlighted that China, together with India, accounted for 86 per cent of coal power built globally from 2006 through 2016. Researchers from the Boom and Bust said that the latest slowdown on coal investments from China, which is now shifting towards wind and solar power generation, has significant impacts to global coal power generation.

The large increase in fossil fuel use indicated in these projections confirms the region’s hunger for energy and illustrates the need for policies that promote alternative energies.

Further, this puts the spotlight on Southeast Asia, where energy is playing a critical role in the region’s robust and energy-hungry economic growth.

So will Southeast Asia follow in China’s footsteps and ultimately put an end to coal?

Greenpeace Philippines climate and energy campaigner Rueben Muni argued that the region is beginning to look like “the last stronghold of the coal industry worldwide, a major battleground for the fight against fossil fuels globally.”

“Several countries in Southeast Asia are the top 20 countries that have coal-fired power plants in the pipeline,” Muni said at a recent webinar. 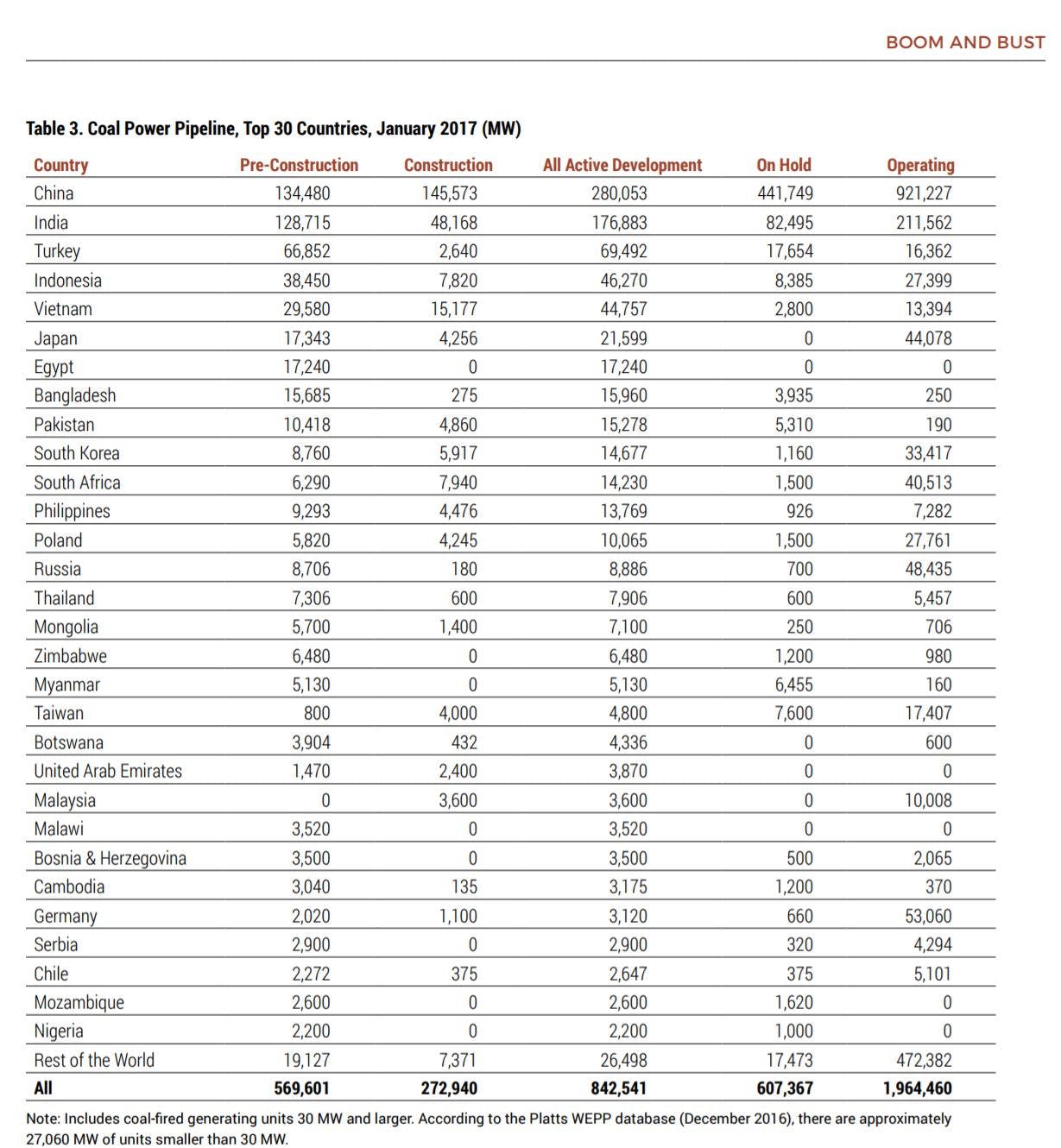 Muni said there is a need to continue the push for adopting renewable energy sources in Southeast Asia, considering the number of people that suffer from respiratory illnesses in many of its pollution-choked countries.

Attesting to this, a joint Greepeace and Harvard University report published in 2015 warned that more people in Asia will die due to air pollution if plans to build new coal power stations go ahead.

This number is likely to grow to 70,000 per year by 2030 if new coal power plants being constructed or in the planning stage are to go ahead in these territories, the report said.

“The large increase in fossil fuel use indicated in these projections confirms the region’s hunger for energy and illustrates the need for policies that promote alternative energies,” he said.

Responding to this, some private sector investors have started pouring money on renewable energy projects in some Southeast Asian countries.

Indonesia, which tops the list of coal power producing countries in the region and is the top coal exporter in the world, announced in May that it will build the “world’s largest” tidal power plant.  The US$550 million project has been welcomed by Greenpeace as an alternative energy source to coal, which powers Indonesia’s energy-hungry growth ambitions.

Cambodia has made its first solar power play with a US$9.2 million solar farm in Bavet, which is scheduled to be operational next month. The 10 megawatts solar farm is projected to supply a quarter of the energy needs of the largest city in Cambodia’s Svay Rieng Province, and will cut the country’s emissions by 5,500 tonnes per year.

Thailand has rolled out its ambitious 2015-2036 Power Development Plan which aims to increase solar energy production to 6,000 megawatts, and boost the share of renewable energy from 12 percent to 30 per cent of final energy consumption.

Renewable energy generation in the Philippines, a country which has the fifth highest electricity rate per kilowatt hour in the world, is also gaining momentum, with the government’s Energy Regulatory Commission approving a feed-in-tariff policy in July 2012 helping to accelerate investment in clean power.

Greenpeace’s Muni said he holds hope high that renewable energy in the region will grow, albeit at a slow and steady pace.

But more support is needed in terms of investments if the Southeast Asian region is to truly replace coal with cleaner energy sources.

OECD’s Pezzini added: “Most of the region has set targets for renewable energy technologies and implemented measures to encourage their development, though challenges remain in making these policies effective and efficient. Financing renewables, which often have relatively large upfront costs, requires diverse sources of investment.”