Growing up in Karachi, Pakistan, Syed Mansoor saw his family members having to queue for hours every week to refill the water tank so they would have enough water to drink and wash with.

It was the recollection of this experience that spurred the Sydney-based mechanical engineer, who migrated to Australia from his native Pakistan five years ago, to try his hand at solving the developing world’s water woes.

Mansoor told Eco-Business: “It was only a year ago when I visited Pakistan that I felt that, given my education and skills, I might be able to do something about the problem.”

He joined an intensive entrepreneurship programme for high-performing migrants and refugee entrepreneurs by Catalysr, a Sydney-based pre-accelerator. Today he is the founder of start-up Water Democracy and preparing to launch a low-cost water purification solution in Bangladesh this September to provide clean drinking water to communities.

Mansoor is one of the 66 ‘migrapreneurs’—referring to migrants and refugees who strive to become entrepreneurs—to have graduated from Catalysr’s programmes.

When you have an electrical engineer running a retail store because that’s the only job he could find, then there is a vast amount of potential that is being wasted.

CEO and founder, Usman Iftikhar, explained to Eco-Business that the Catalysr programme is an effort to create employment for Australia’s migrants and refugees and help them integrate better socially and economically. Catalysr backs high-performing first-generation migrants from any country who seek to solve big problems and are most likely to accelerate job creation and innovation, Iftikhar said.

“Through this new partnership we seek to create a more inclusive country where it doesn’t matter where you come from, you still feel like you belong and have a place here,” said Iftikhar, who has been running entrepreneurship programmes for migrant and refugee entrepreneurs since 2016. More cultural diversity and fresh ideas in the cleantech industry could stimulate innovation and creative solutions, he added.

Start-ups that qualify for Catalysr’s new mentorship programme, which will be launched in September, will get desk space in Sydney, mentoring from Catalysr and EnergyLab. They will also be connected with other mentors and investors in the industry as well as receive assistance in their applications to EnergyLab’s accelerator programme, through which start-ups can access seed funding and further training.

Migrants are a “highly qualified workforce in Australia that is nowhere near to realising its full potential”, according to Iftikhar.

“A lot of migrants in Australia still don’t have the same economic opportunities just because they’re migrants,” he remarked, adding that migrants and refugees often lack access to local networks, struggle to have their skills and education recognised, and face prejudice and discrimination from employers.

“These people are working in hospitality jobs or as taxi drivers. Not that there is anything wrong with it, but when you have an electrical engineer running a retail store because that’s the only job he could find, then there is a vast amount of potential that is being wasted,” said Mansoor. 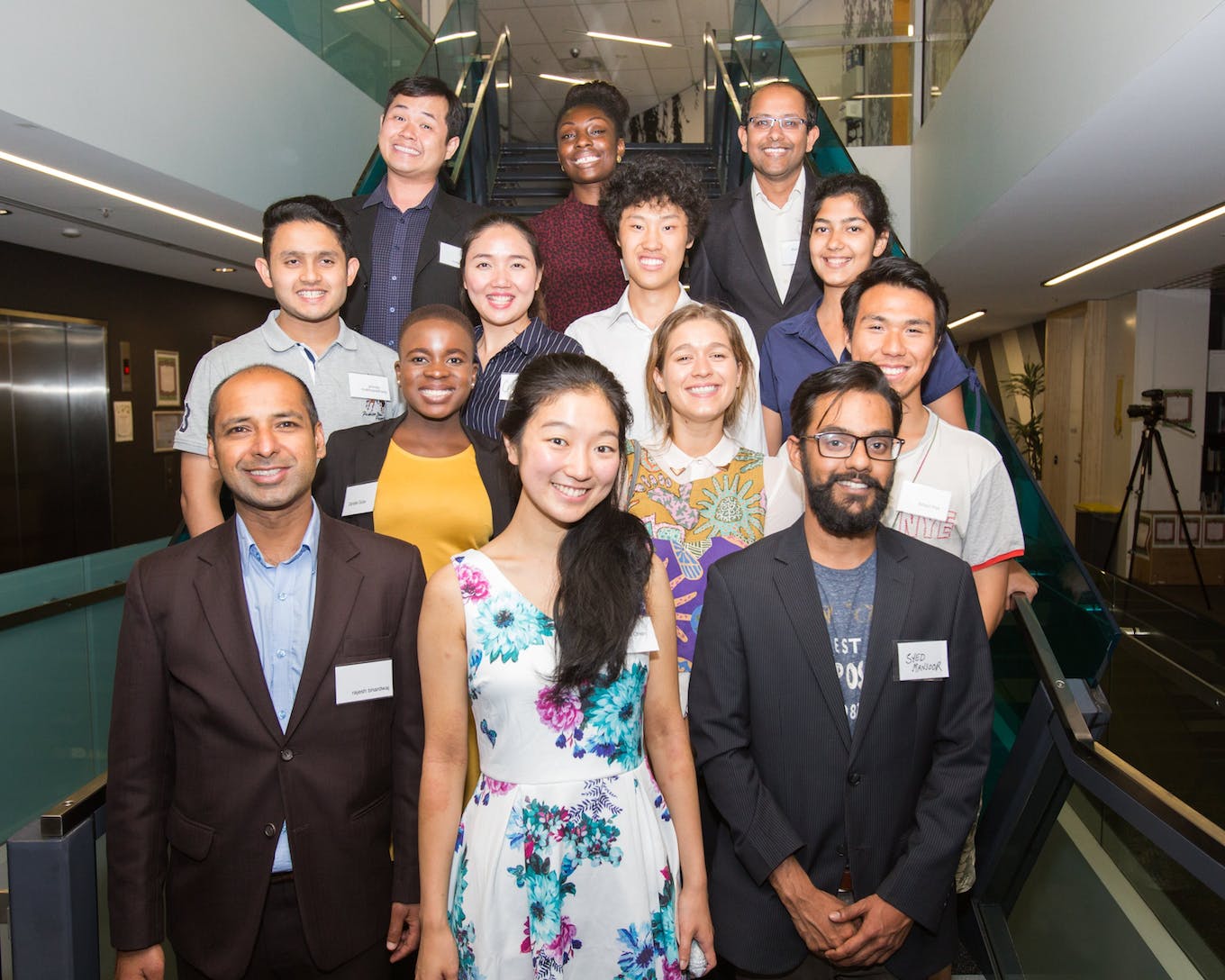 Having moved from Pakistan to Australia four years ago to complete his post-graduate degree, Iftikhar said he himself faced difficulties finding a job. After successfully starting his own business, he launched Catalysr in 2016 to share his experience and help other migrants, he told Eco-Business.

Part of that includes giving migrants and refugees an identity that they can be proud of, free of the stereotypes attached to the migrant identity, which is why Catalysr coined the term migrapreneur. He said the term will change not only the way migrants and refugees look at themselves but also the way the community looks at them as entrepreneurs, changemakers and thought leaders.

But Water Democracy’s Mansoor isn’t letting negativity stand in the way of delivering water to those who need it most. In collaboration with non-profit organisation Grameen Foundation, he plans on introducing his solar-powered distillation system, which is capable of purifying an average of 10 to 12 litres of water per day, not only on the Indian subcontinent but also in Africa.

“I grew up in areas where we had to queue up for several hours every week to get our water tank refilled. I thought it was just the way things were,” said Mansoor.

He added: “[But] looking at what people have achieved in this world, I think water problems can be solved. We literally have supercomputers in our pockets. How difficult could it be to find sustainable solutions to provide clean drinking water?”