A mutual vision for smart cities

Denmark and Singapore - united in their vision to build smart cities - will benefit from exchanging ideas and information on how to use technology to improve citizens' lives. Water and public transport are the main areas where Copenhagen believes it can learn from Singapore.

Denmark and Singapore, both small nations with a small population of 5.5 million people, are experts at managing their scarce resources while building livable cities for their people. Both countries have also declared similar visions - Denmark’s capital Copenhagen strives to be a carbon-neutral, smart city by 2025, just as Singapore has also set out its vision of becoming the world’s first smart nation.

Areas that Denmark can learn from Singapore’s development include water use and public transportation – the city-state’s strengths, said Morten Kabell, technical and environmental mayor of Copenhagen.

Speaking to reporters in Singapore on Wednesday at a dialogue on smart cities jointly organized by Singapore’s Smart Nation Programme Office and the Royal Danish Embassy in Singapore, Kabell said there is a lot to learn from Singapore about water consumption, use, and savings. 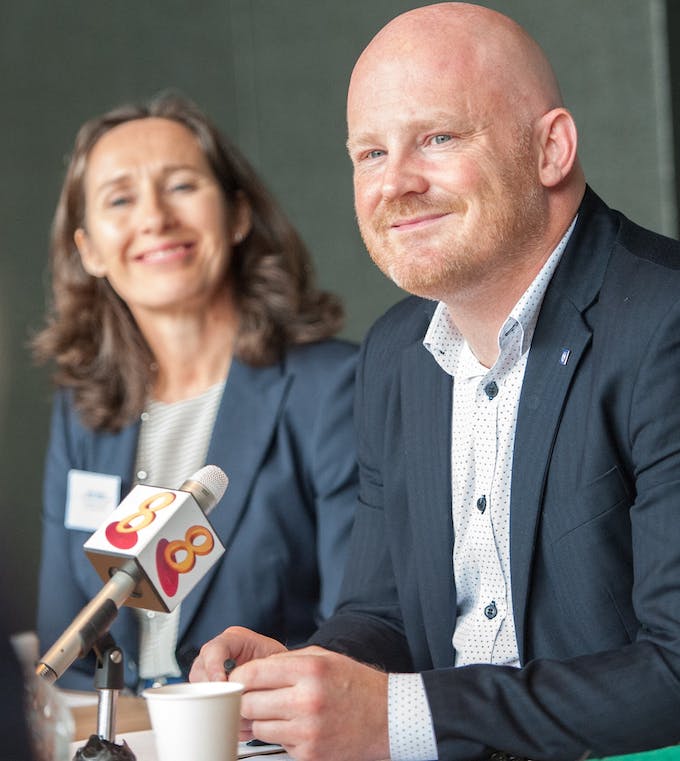 “While we still have water from groundwater sources – we are able to pull water out from the ground without any treatment – it is of course a scarce resource, a scarce commodity that we need to take care of,” he added.

Singapore, which relies heavily on neighbouring Malaysia for its water needs, has transformed itself from a nation which has to import all its water to one that is on its way to self-sufficiency by 2061 - when its water agreement with Malaysia expires.

The push to develop the water industry has attracted big names such as General Electric and Siemens to invest in Singapore, and created local water companies such as Hyflux that have also made a success on the global stage.

Singapore and Denmark are already partners in the water sector, having set up in Singapore a Water & Environment Research Centre and Education Hub between Danish water company DHI and Nanyang Technological University in 2007.

In 2014, the Danish Water Technology House was also established in the city-state. It serves as a centre of information and marketing of Danish water technology for Southeast Asia.

Berit Basse, Ambassador of Denmark to Singapore said the city-state and Denmark have had 50 years of formal diplomatic ties and have collaborated on projects ranging from shipping to education. She said that building a smart city – which puts people first – is the natural “next step” and key area for cooperation over the next 50 years.

“Both Singapore and Denmark are developing smart city solutions, and despite our differences and approaches, the outcome and purpose are the same – it’s about our people and about improving their quality of life,” Basse said.

Copenhagen has set up a Copenhagen Solutions Lab to coordinate the smart city effort and manage projects. Currently, the Lab is working on a ‘Copenhagen Connecting’ project which brings together businesses, government, organisations as well as citizens on an open data platform so that all parties can harness the data to build solutions and applications in a transparent way.

As part of this plan, Copenhagen is expanding its metro – or subway – network and is keen to learn from Singapore, which Kabell said is “ahead” in having an efficient public transport system.

“We are building our second, third metro line and making sure that we have a public transport system that is very appealing to citizens,” he said. “And also we need data, where do people go, where do people have needs for the transportation.”

Denmark and Singapore are exchanging ideas on how to best provide timely and accurate information of public transportation to commuters. Some of the ideas discussed included releasing more data on bus arrival times and crowdedness of buses to help the public decide whether to wait for the next bus or walk to their destination.

“Because there is so much potential to unlock when it comes to smart solutions for our cities, this makes it even more important for us to share our ideas, out mistakes and successes,” Kabell said. “There are many solutions where the two cities can definitely learn from each other.”