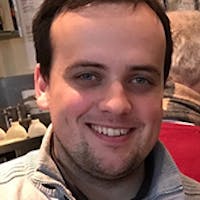 Chris G. Pope is a researcher employed at the University of Sheffield, specializing in language and politics. He is co-author of Environmental Pollution and the Media: Political Discourses of Risk and Responsibility in Australia, China and Japan (2017). His Ph.D. thesis, titled Bringing back ‘Japan’: Prime Minister Abe’s political rhetoric in critical perspective, examines the disconnect between the prime minister’s political discourse with his administration’s political agenda.