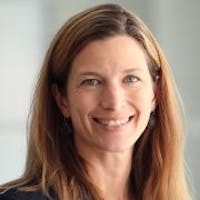 Previously at WRI, Taryn managed the Greenhouse Gas Protocol Initiative’s efforts to build greenhouse gas accounting capacity in developing countries. In this role, Taryn led the technical design of the Mexico GHG Program, the first developing country greenhouse gas registry, and contributed to the development of similar programs in Brazil, China, India, and the Philippines. She co-authored the Basics of GHG Accounting curriculum for the GHG Management Institute, where she has served on the faculty. Taryn has also contributed to WRI’s research on measurement, reporting, and verification (MRV) under the international climate policy regime and led two strategic planning initiatives for the Institute: one on supporting emerging economies in the transition to low-carbon development, and the other on enhancing WRI’s engagement in Brazil.

Before joining WRI, Taryn was an Associate Program Officer at the United Nations Foundation, where she helped manage a grant portfolio addressing energy, development, and climate change. She previously worked for the Pew Center on Global Climate Change (now C2ES), where she coordinated research on the corporate response to climate change and developed a database of US state-level climate policies. Taryn has also provided research support to a range of clients in the environmental community, including the World Wildlife Fund, the Tropical Science Center, and the Stockholm Environment Institute. She holds an M.S. and B.S. in Earth Systems from Stanford University, speaks Portuguese and Spanish, and is based in San Francisco, California.