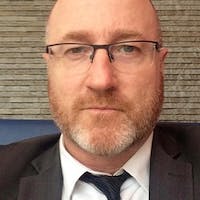 Anthony Burke Is Reader in International Relations at UNSW Australia, where he has worked since 2005. He taught previously at the Universities of Adelaide (2001-4) and Queensland (2001), and worked for two years as a Principal Research Officer in the Senate's environment, arts and communications committee (1999-2000), where he co-authored reports on the ABC, the Jabiluka uranium mine and Australia's response to climate change.

Anthony has published in the areas of security studies, international ethics, war and peace, Australian culture and foreign policy, Southeast Asian security, Middle-East conflict, refugees, terrorism, and political and international relations theory. He is the author of Ethics and Global Security: A Cosmopolitan Approach (with Katrina Lee-Koo and Matt McDonald, Routledge 2014), Beyond Security Ethics and Violence: War Against The Other (Routledge, 2007), Fear of Security: Australia's Invasion Anxiety (2nd ed. Cambridge, 2008), and editor of Ethical Security Studies (with Jonna Nyman, Routledge 2016) and (with Matt McDonald) Critical Security in the Asia-Pacific (Manchester, 2007). His current interests include cosmopolitanism, new security agendas and conflicts, war and peace, human security, and climate change.