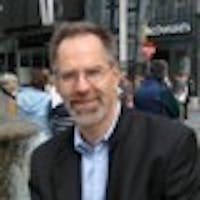 Kaj Embrén has been involved with Sustainable Development issues for more than 30 years and has a background in the Co-operative Movement. His experience and competence is well recognised in governments and businesses. Kaj led the International Co-operative Green Campaign at the Earth Summit in Rio de Janeiro 1992.

Kaj Embrén lived in London for 10 years, but is now based in Stockholm, Sweden.

Read more of his blogs at www.kajembren.com.