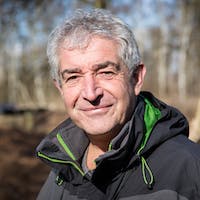 He is also President of the Wildlife Trusts, President of the Society for the Environment and a trustee of Fauna and Flora International and Resurgence-Ecologist. Dr Juniper speaks and writes widely on conservation and sustainability themes and is the author of many books, including the multi-award winning best-seller What has Nature ever done for us? which was published in 2013.

Dr Juniper was the first recipient of the Charles and Miriam Rothschild medal (2009) and was awarded honorary Doctor of Science degrees from the Universities of Bristol and Plymouth (2013). In 2016, he was declared as a Professor of Practice at the University of Wales Trinity St David. His latest book, What is really happening to our planet?: the facts simply explained, will be published in June 2016.