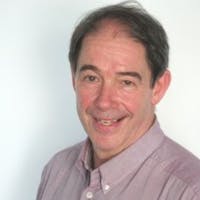 I was born in 1950. The next couple of decades flowed by effortlessly at Eton, Magdalen College, Oxford, and dossing around planting trees and farming in New Zealand and Australia.

I first got involved with environmental issues in 1974, at the same time as I became a teacher in a West London comprehensive, which I absolutely loved. Ten years later, I left teaching to become Director of Friends of the Earth where I stayed until 1991, just prior to the Earth Summit in Rio de Janeiro in 1992 – which for me, was a life-changing experience.

In 1996, we set up Forum for the Future, which remains my ‘home base’ in terms of all the different things I do today. I’m also Co-Founder of The Prince of Wales’s Business & Sustainability Programme, and was Chair of the UK Sustainable Development Commission between 2000 and 2009. I became Chancellor of Keele University in 2012.

To build a better future, we must imagine ourselves there

To build a better future, we must imagine ourselves there