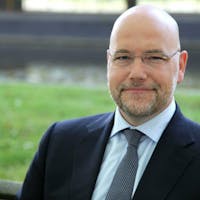 Michael Meehan is the Chief Executive of GRI, an international independent organization that helps businesses, governments and other organizations understand and communicate the impact of business on critical sustainability issues such as climate change, human rights, corruption and many others. With thousands of reporters in over 90 countries, GRI provides the world’s most trusted and widely used standards for sustainability reporting and disclosure. Michael has been a Chief Executive, entrepreneur, and advisor in technology and sustainability for almost 20 years and has advised multinationals and governments around the world, including the White House, United Nations Framework Convention on Climate Change (UNFCC), and the California State Senate. Michael was voted one of the "Top CEOs to Follow" by BusinessWeek magazine and is the inventor of several clean technology patents.