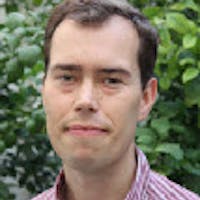 Adam Roberts is The Economist’s European Business and Finance correspondent based in Paris. Prior to this he was South Asia correspondent for The Economist, based in Delhi, where he oversaw political and general coverage from India, Pakistan, Sri Lanka, Bangladesh, Nepal, among other countries. Adam joined The Economist as a writer in the Foreign Department in June 1998, with a particular focus on developing countries and transnational issues. From May 2001 to the end of 2005 he was the Southern Africa correspondent, based in Johannesburg. Subsequently he was the News Editor of Economist.com, in London, until 2010. He has been in India since 2010.

Adam has written special reports on the Nordic countries (2003) and on International Migration (2008). He has also written a book about a mercenary coup attempt in Equatorial Guinea, "The Wonga Coup" (2006), published in Britain, the United States and South Africa.