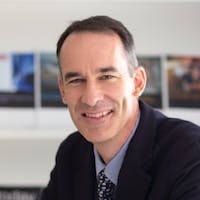 Johan de Villiers was appointed Country Managing Director of ABB in Singapore on January 1, 2015 and is responsible for leading the business in Singapore. He also has oversight for ABB operations in Bangladesh, Laos, Myanmar, Thailand, Indonesia, Vietnam, Malaysia and the Philippines.

With a strong background in electrical and electronic engineering, Johan started his career on the ground where he gained practical knowledge on all aspects of electrical power generation, transmission and distribution. Since then, he has taken on various roles which have helped him further hone his technical and management related skills. Moving to Singapore in 2011, Johan was first appointed manager of the Power Systems division in Singapore, before transitioning into a regional role where he led the division in Southeast Asia.

Johan first joined ABB in South Africa in 1997, where he began by managing a small team, which eventually grew to a team many times larger. Over the next decade, he has managed various teams, departments and divisions, including running two local divisions simultaneously in 2005: Process Automation and Robotics.

In 2007, he was appointed as Country Manager of ABB in Qatar, where he helped grow business volume by more than 350 percent, expanding the workforce with more than 140 new staff from 29 different countries. Johan has also gotten his feet wet by being directly involves in all large projects, transforming ABB in Qatar into a key supplier of substations in 2010, with orders amounting to more than US$150 million.