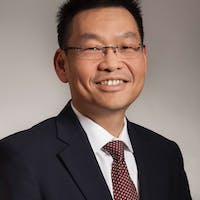 Mr Yeoh Keat Chuan is currently the Managing Director of the Singapore Economic Development Board (EDB) (appointed since 1 July 2012). Prior to this, he was the EDB’s Assistant Managing Director, responsible for investment promotion efforts in a number of industry sectors.

Keat Chuan has held several Director-level positions in the EDB since 2005, overseeing initiatives in divisions including the Americas and Biomedical Sciences Cluster. He joined the EDB as a Senior Officer in the Industry Development Division (Chemicals) in 1994.

Keat Chuan is a Glaxo-EDB scholar who graduated with a Masters of Engineering (Chemical Engineering), from Imperial College of Science, Technology & Medicine, University of London. Keat Chuan attended Stanford University’s Graduate School of Business Masters in Management Science program and graduated as a Sloan Fellow in July 2004.