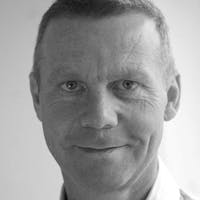 Rob is Executive Director in the London office. Until January 2012, he was Chief Executive of Fairtrade International, the global coordinating body for Fairtrade where he was engaged in leading a strategy to strengthen Fairtrade’s organization, broaden its reach and deepen its impact. During this time he worked closely with farmers and coop leaders helping to raise their profile within the Fairtrade movement and international community.

Prior to joining Fairtrade, Rob was owner and executive chairman of Flag, an international sustainability and CSR communication company.

Rob’s interest in and experience of sustainable development issues has led to involvement in many organisations in the sustainability arena, including four years on the board of sustainable development research group and standards setter AccountAbility. Rob was elected a Fellow of the RSA in 1998, and appointed a UK Prince of Wales’ Ambassador for Corporate Responsibility in June 2007.