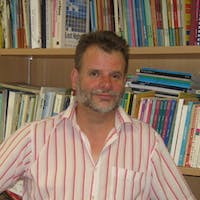 David is a political analyst, social theorist and media scholar. He completed a major in Media Studies at Swinburne University, a BA (Hons) in Politics and Social Theory and a PhD in Social Theory (Department of the History and Philosophy of Science) from the University of Melbourne, where he was awarded the Dwight prize for political science.

He is author or editor of four books in the sociology of communications including: Virtual Politics: Identity and Community in Cyberspace (Sage 1997) and Virtual Globalisation: Virtual Spaces, Tourist Spaces (Routledge 2001), Communication Theory: Media, Technology and Society (Sage 2005) and a Key Concepts in Media and Communications (Sage 2011) co-authored with Paul Jones (UNSW) Over eleven years, he has also co-authored four editions of an analysis of Australian society: Australian sociology (2003, 2007 and 2011, 2014) with Roberta Julian and Katie Hughes. For the last two editions he has written a new chapter on the sociology of climate change.