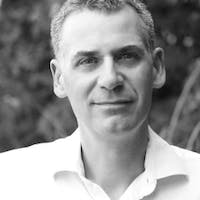 Nick Rowley is an Adjunct Professor at the Sydney Democracy Network at the University of Sydney.

Nick currently works as a strategic policy consultant to a mix of business and NGO clients in Australia and overseas. Over the past fifteen years, Nick has worked at the centre of government on sustainability, climate change and broader policy and political strategy in Australia and the UK. In these roles he developed new policy approaches in a number of areas from the funding of cutting-edge medical research, protecting public lands bordering Sydney Harbour to helping establish the seminal Stern Review into the Economics of Climate Change.

From March 2004 to January 2006, Nick worked at 10 Downing Street as an advisor to Prime Minister Tony Blair. In this role he oversaw all domestic and international climate policy and was part of a small team advising the British Prime Minister on climate change prior to the G8 Summit at Gleneagles in July 2005. From 1995 to 2004 Nick was advisor to Bob Carr, Premier of NSW working primarily on policy on the environment, urban development and medical research.

From 2006 to 2009 Nick was the Strategic Director of the Copenhagen Climate Council: an affiliation of climate scientists, business CEOs and policy practitioners brought together to make the case for a more adequate global climate treaty in 2009. He was also also a director of Kinesis: a business focussed on achieving measurable emissions reductions for private and government clients. For nine months prior to the introduction of the then Australian government's Clean Energy Future package of measures (including the carbon price, Climate Change Authority and Clean Energy Finance Corporation Nick worked as an Assistant Secretary in the Department of Climate Change responsible for the communications of effective climate policy.

Nick has just been awarded the role of Adjunct Professor to lead a project on the future democratisation of decision making on the future of Antarctica.

The SDGs: a first step to enduring progress

The SDGs: a first step to enduring progress

Climate change: a problem we can do something about

Climate change: a problem we can do something about

Do you want trees with that? How to stop consumer products destroying the rainforests

Do you want trees with that? How to stop consumer products destroying the rainforests

Why the Paris climate talks won’t be another Copenhagen

Why the Paris climate talks won’t be another Copenhagen