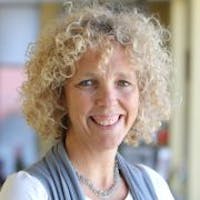 Jennifer is the Director of the Climate and Energy Program at WRI. In this capacity, she oversees the Institute’s work on climate change issues and guides WRI strategy in helping countries, governments, and individuals take positive action toward achieving a zero-carbon future. She is responsible for day-to-day management of the 50+ person program, and under her leadership, the program is in the process of deepening its engagement in China, India and Brazil. In addition, Jennifer is WRI’s lead representative at international climate meetings, including the UNFCCC negotiations.

Prior to joining WRI in 2009, Jennifer worked at E3G as Global Climate Change Director, where she led the organization’s climate change work on its full range of global activities, and remains a non-executive Board member. Before E3G, Jennifer led the Global Climate Change Program of Worldwide Fund for Nature (WWF), growing its climate program both in size and geography, with a focus on Asia Pacific. While at WWF, she headed its delegation to the seminal Kyoto Protocol climate negotiations. Jennifer’s career has also included working for the US Climate Action Network, and through the Robert Bosch Foundation, the European Business Council for a Sustainable Energy Future and for the German Federal Ministry of Environment, supporting the head of the German delegation to the UN climate change negotiations.

Jennifer has been cited in front-page articles in newspapers around the world on climate change and is regularly interviewed for radio and television programs. She is a Review Editor for Chapter 13 on “International Cooperation: Agreements and Instruments” for the 5th Assessment Report of the Intergovernmental Panel on Climate Change (IPCC). She is also a member of Siemens Sustainability Advisory Board, a member of the Scientific Advisory Board for the Potsdam Institute and a member of the Danish Institute CONCITO’s international advisory board. At Germanwatch’s 20th anniversary celebration, Jennifer was named an honorary member of the organization for her long-term commitment to international climate issues and the empowerment of civil society.