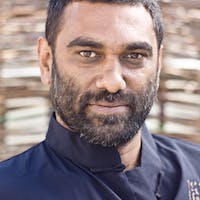 Dr Kumi Naidoo is the Executive Director of Greenpeace International. In addition to leading the organisation to critical campaign victories and augmenting its influence in international political negotiations, Dr Kumi has been responsible for promoting Greenpeace's considerable growth and activity in the Global South. He has also been influential in fostering further cooperation between the organisation and many diverse sectors of civil society in the fight to avert catastrophic climate change and promote environmental justice.

He has also served as a board member of the Association for Women’s Rights in Development (AWID), the world's largest gender justice network. In 2012, he was appointed to the UN Women’s Global Civil Society Advisory Group.

In 2003, he was appointed by the former Secretary General of the United Nations to the Eminent Persons Panel on UN Civil Society Relations. He was also invited by the UN Secretary General recently to serve on the MEN ENGAGE Board, which seeks to get men involved around issues of gender equality. Dr Kumi also currently serves as President of the civil society alliance Global Campaign for Climate Action (GCCA), of which Greenpeace is a founding member. Dr Kumi Naidoo became Executive Director of Greenpeace International on November 15, 2009.

The coming wave of climate displacement

The coming wave of climate displacement

Is this a blip or a tip in humanity's onslaught on the climate?

Is this a blip or a tip in humanity's onslaught on the climate?

Climate action – who is stopping us?

Climate action – who is stopping us?

The food system we choose affects biodiversity: Do we want monocultures?

The food system we choose affects biodiversity: Do we want monocultures?