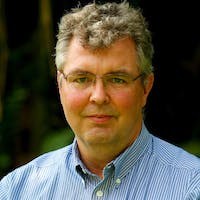 Peter Holmgren became CIFOR’s Director General on September 10, 2012. Prior to CIFOR, Peter led the Climate, Energy and Tenure division at the Food and Agriculture Organization (FAO) of the United Nations, developing the profile and coordination of FAO's climate change work and contributions of FAO to the UNFCCC process.

He also took the lead in setting up the UN-REDD programme and coordinated FAO's preparations for Rio+20. He joined FAO in 1998 to lead the Global Forest Resources Assessment, which documents the state of global forest resources, their management and uses, and between 2003 and 2007, he was head of forest resources development.

Under his leadership at FAO, the concept of climate-smart agriculture emerged, ensuring that agricultural productivity, resilience and climate change mitigation are addressed together at all levels. Peter received his doctorate in forestry at the Swedish University of Agricultural Sciences.

One number to rule them all

One number to rule them all

Forestry in the new development era

Forestry in the new development era

A sustainable development goal on landscapes: setting the agenda at COP19 in Warsaw

A sustainable development goal on landscapes: setting the agenda at COP19 in Warsaw