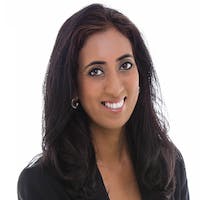 Bhavani is Founder of Green Collar Asia, and is a speaker, trainer, consultant and coach on the areas of sustainability, mindfulness, and ‘conscious leadership.’ She holds a Masters in Financial Economics from University of London and holds a Post Graduate Diploma in Mangement from Indian Institute of Management Calcutta, India. Bhavani is a three time TEDx speaker and appears regularly on media including Radio 938Live, Business Times, Straits Times, New Paper and has been recently been nominated as SONY TV IWA Woman of the Year 2014.

Bhavani is also the founder of Eco WALK the Talk.com, an advocacy portal around environmental issues in Asia. It was nominated in the finals of the SEC Environmental Journalism Awards in 2012.

How to engage your employees on sustainability

How to engage your employees on sustainability