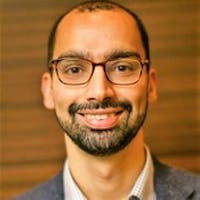 Arjuna Dibley is a doctoral candidate at Stanford University, where he researches the way that public-sector decision making impacts climate change and energy policy. He is also a senior adviser at the Centre for Policy Development, an Australian-based think tank.

Arjuna spent several years working as an attorney with the world-leading global climate finance and policy practice at Baker McKenzie, where he won a national award for the best lawyer under 30 year’s old.

Arjuna's work on climate finance, foreign policy and law has been reported and published in peer-reviewed academic journals and the popular press, including the New York Times, the Guardian, the Age and the Jakarta Post.

He is the winner of a General Sir John Monash Scholarship, a Prime-Minister's Australia-Asia Award and a Davos Leadership Award.