Professor of Journalism and Chair 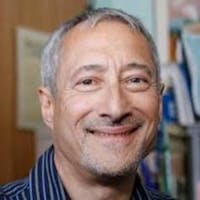 Eric Freedman is Professor of Journalism and former Associate Dean of International Studies and Programs. During his 20-year newspaper career, he covered public affairs, environmental issues and legal affairs for newspapers in New York and Michigan, winning a Pulitzer Prize for coverage of a legislative corruption scandal. He teaches environmental journalism and serves as Director of the Knight Center for Environmental Journalism. He also teaches public affairs reporting, international journalism, feature writing and media law and serves as Director of the school’s Capital News Service, a professional-level internship program in which students cover state government for more than 25 newspapers and online news outlets across Michigan. Freedman earned his bachelor’s degree in government from Cornell University, his law degree from New York University and his master’s degree in resource development from MSU. Internationally, he has taught journalism as a Fulbright scholar in Lithuania and Uzbekistan, led workshops and seminars for professional journalists in Central Asia, and lectured to students in Singapore, Russia, Kazakhstan, Uzbekistan, Japan and Kyrgyzstan.

He served for three years as an International Scholar in the Open Society Foundation’s Academic Fellowship Program, where he worked with faculty members in the Department of Journalism and Mass Communication at American University of Central Asia in Kyrgyzstan.

As a professional journalist and freelancer, Freedman has written for newspapers and magazines on such environmental issues as habitat protection, parks and public lands, toxic substances, extinction, ecotourism and government regulation. At MSU, he directed the Australia Media, Environment, Culture and Tourism study abroad program, the Reporting in the British Isles study abroad program, and a freshman seminar abroad on environment and media in Scotland.

His research interests include press systems and journalism practices in the former Soviet Union: international journalists’ professional standards and education; public affairs reporting; news coverage of human and political rights; and U.S. political history. Among his books areEnvironmental Crises in Central Asia: from Steppes to Seas, from Deserts to Glaciers; Presidents & Black America: A Documentary History; After the Czars & Commissars: Journalism in Authoritarian Post-Soviet Central Asia; and African Americans in Congress: A Documentary History.

He began his career as an aide to U.S. Rep. Charles Rangel of New York before becoming a reporter for the Knickerbocker News in Albany, N.Y., and then The Detroit News Lansing bureau. After teaching as an adjunct at the School of Journalism, he joined the faculty full-time in 1996. He continues to write for a variety of publications on environment, public affairs, legal issues and other topics.