Trump wants to cut funding for clean energy research in half

Climate change is expected to drive demand for clean energy in the decades ahead, giving an edge to countries that invest in the manufacture and export of low-carbon technologies.

Despite this, President Trump is pushing to slash spending on clean energy research, even as America’s chief economic rivals aim to double public funding for the same. In doing so, experts say, the president is threatening to undermine US competitiveness.

In recent years, technological advances have helped drive down the cost of wind, solar and other advanced energy technologies, boosting sales and creating hundreds of thousands of jobs in the United States. Much of that innovation has been fueled by federal funding. A 2013 study found the recent boom in wind and solar patents to be the result of “public investments in R&D and a fast rate of growth in markets for these technologies.” 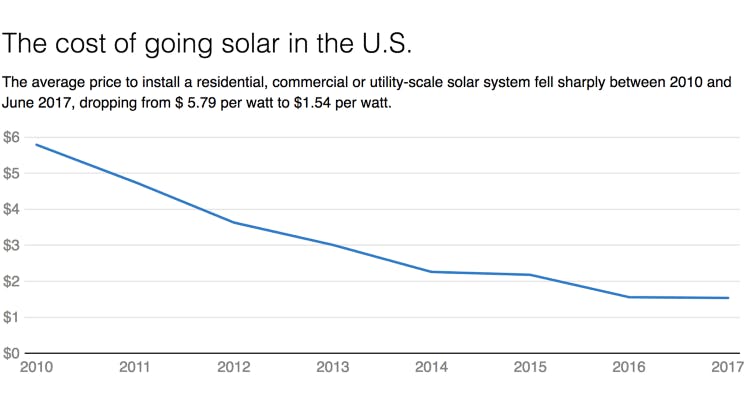 The cost of solar power has plummeted since 2010, while the number of solar jobs has more than doubled. Source: The Conversation

Experts say that if the clean energy sector is to continue to create jobs and generate exports, the federal government must provide generous funding for research. “I think it’s important for the government to look out for growing sectors and to invest in competitiveness,” said David Hart, director of the Center for Science, Technology and Innovation Policy at George Mason University. The cost of research into emerging technologies, he said, is often prohibitive, “and the risk is really intimidating for private companies.”

Policymakers broadly understand this fact. It’s why, in the lead-up to the 2015 Paris Climate Agreement, nearly two dozen countries — including China, India, France, Germany, the United Kingdom and the United States — pledged to double their spending on clean energy research by the end of 2020. Countries agreed to a broad definition of “clean energy,” one that includes advanced nuclear power, grid security and technology to limit carbon pollution from conventional power plants. 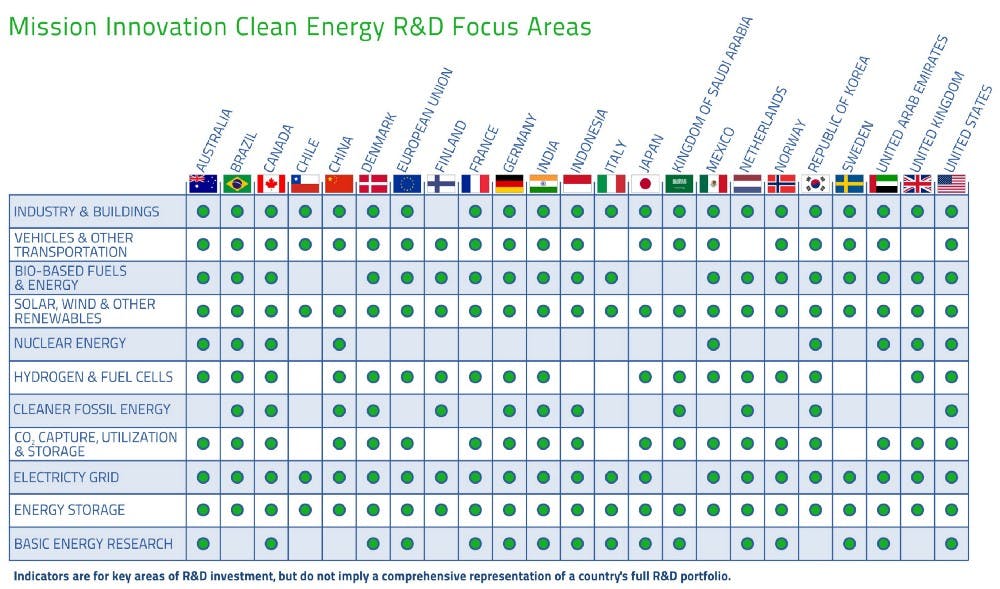 In an effort to stay on track for its 2020 goal, the Obama administration pushed for a steady increase in funding for Department of Energy research programs, which account for the bulk of federal dollars spent on clean energy research.

In its 2017 budget request, the Department of Energy asked Congress for close to $6 billion for research into energy efficiency, wind energy, solar energy, nuclear power, as well as technologies to curb carbon pollution from gas- and coal-fired power plants. Congress largely honored the department’s request, and it kept funding roughly static in the following year’s budget.

Now, Trump is trying to make a u-turn, asking for roughly half that amount — roughly $3 billion — in his proposed 2019 budget. The administration is pushing for deep cuts to clean energy research, as well as the elimination of ARPA-E, a program that develops unproven energy technologies — the kind the private sector is generally unwilling to fund. 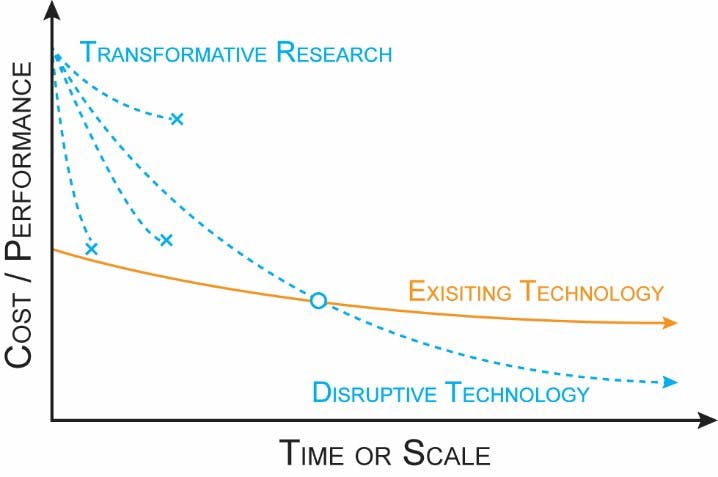 The Department of Energy is conducting transformative research, developing unproven technologies to the point where they can compete with existing technologies. Source: ARPA-E

By some measures, the United States has already taken a back seat to several European countries — including Norway, Denmark and Estonia — which spend more on wind and solar research relative to the size of their economies.

Clean energy firms have decried Trump’s proposed cuts. “The US has been a longtime leader in clean energy R&D, and we are concerned about any cuts that would put that leadership and American competitiveness in jeopardy,” said Dan Whitten, vice president of communications for the Solar Energy Industries Association, a solar industry trade group. Other industry representatives voiced similar worries.

“We’re concerned about the long-term signal this budget sends,” said Dylan Reed, head of congressional affairs for Advanced Energy Economy, a coalition of clean energy firms. “Overall, underinvestment in research and development sends the wrong signal for technologies that will ultimately make our energy system more efficient and affordable.” 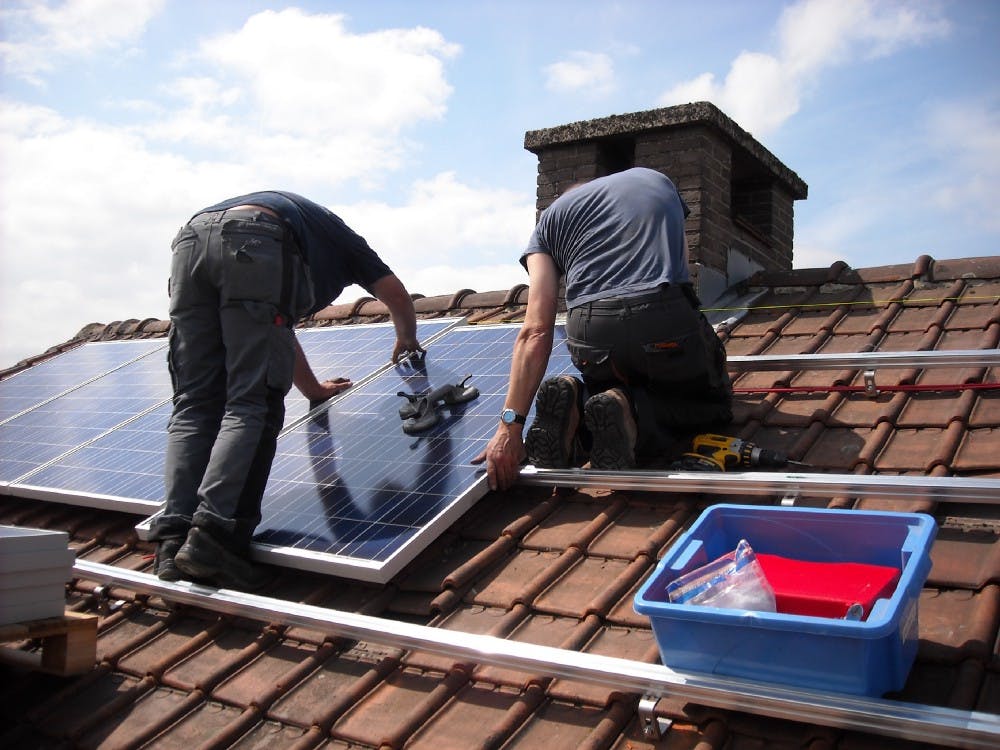 The proposed cuts wouldn’t just hurt wind and solar manufacturers. They would also hinder programs that support the fossil fuel sector. The Trump administration, for example, has proposed cuts to research into technology to sequester carbon emissions from coal- and gas-fired power plants. As governments work to draw down greenhouse gas emissions, carbon capture technology, as it’s known, could help the coal and gas industries stay afloat.

Historically, these industries have benefitted from federal research. Hydraulic fracturing, which has led to a steep decline in the price of natural gas, was the product of publicly funded science. “Federal research was critical over a period of decades to lay the groundwork for that,” Hart said.

Importantly, while the president’s budget is significant as a statement of the administration’s priorities, it is unlikely to pass. Lawmakers, both Democrats and Republicans, largely support funding for clean energy research. “They believe it works,” Hart said. “They believe that it’s performing the appropriate role of government, to bring technologies to the point where markets can actually function.”