Because if we didn't laugh, we'd cry.

American President Donald Trump on Thursday announced that he plans to pull the United States out of the Paris Agreement on climate change, sparking widespread alarm among everyone except a small band of coal and oil giants and the 22 Republicans whom they have allegedly paid to back Trump’s exit from the Paris deal.

Reactions to the news have ranged from furious responses by the global community to deep, inteligent analyses, to a beautiful display of solidarity as cities across the world bathed their buildings in green light to support the Paris Agreement.

The move certainly calls for anger, action, and a renewed commitment to the goals of the Paris Agreement. But for a little bit of levity in an otherwise endless sea of negative press covfefe, we’ve collated the five funniest reactions to the news so far:

1. The pulling out that should have happened 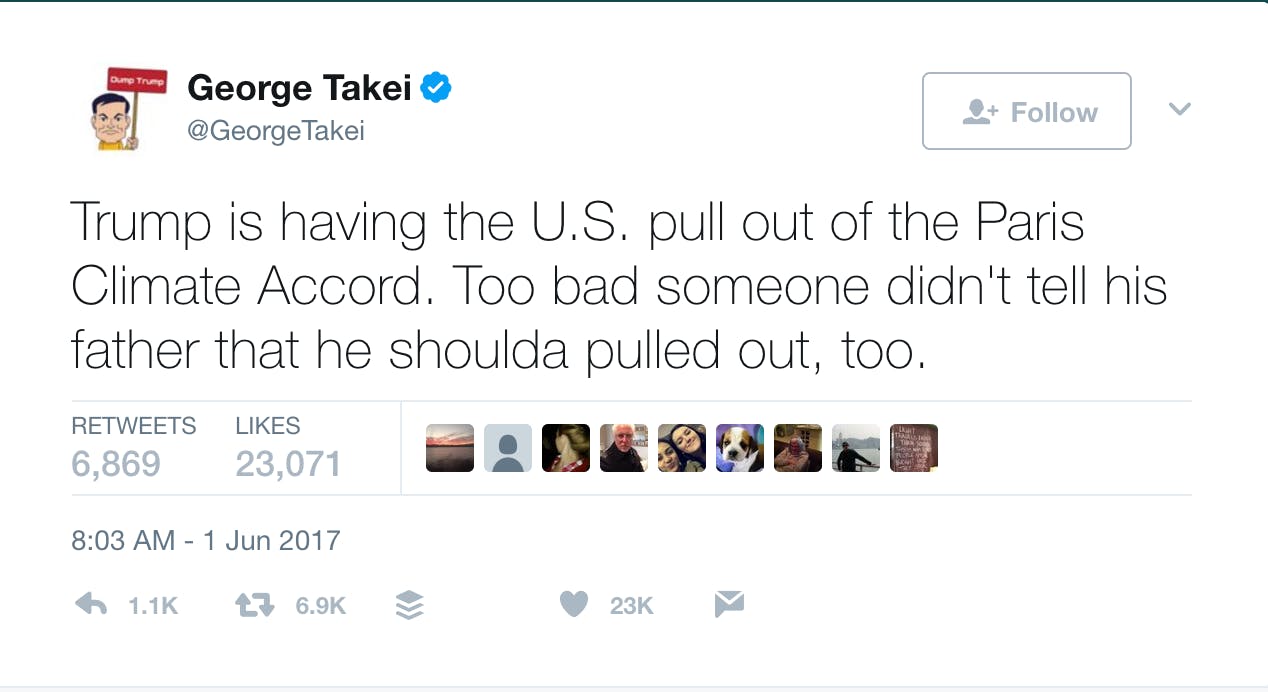 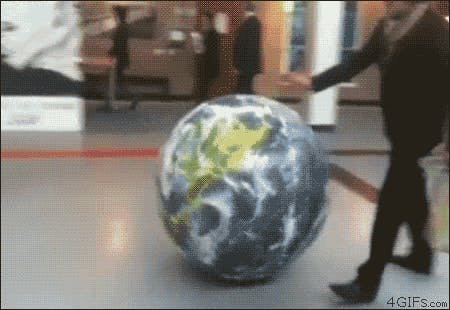 4. This abundance of proof from The Weather Channel 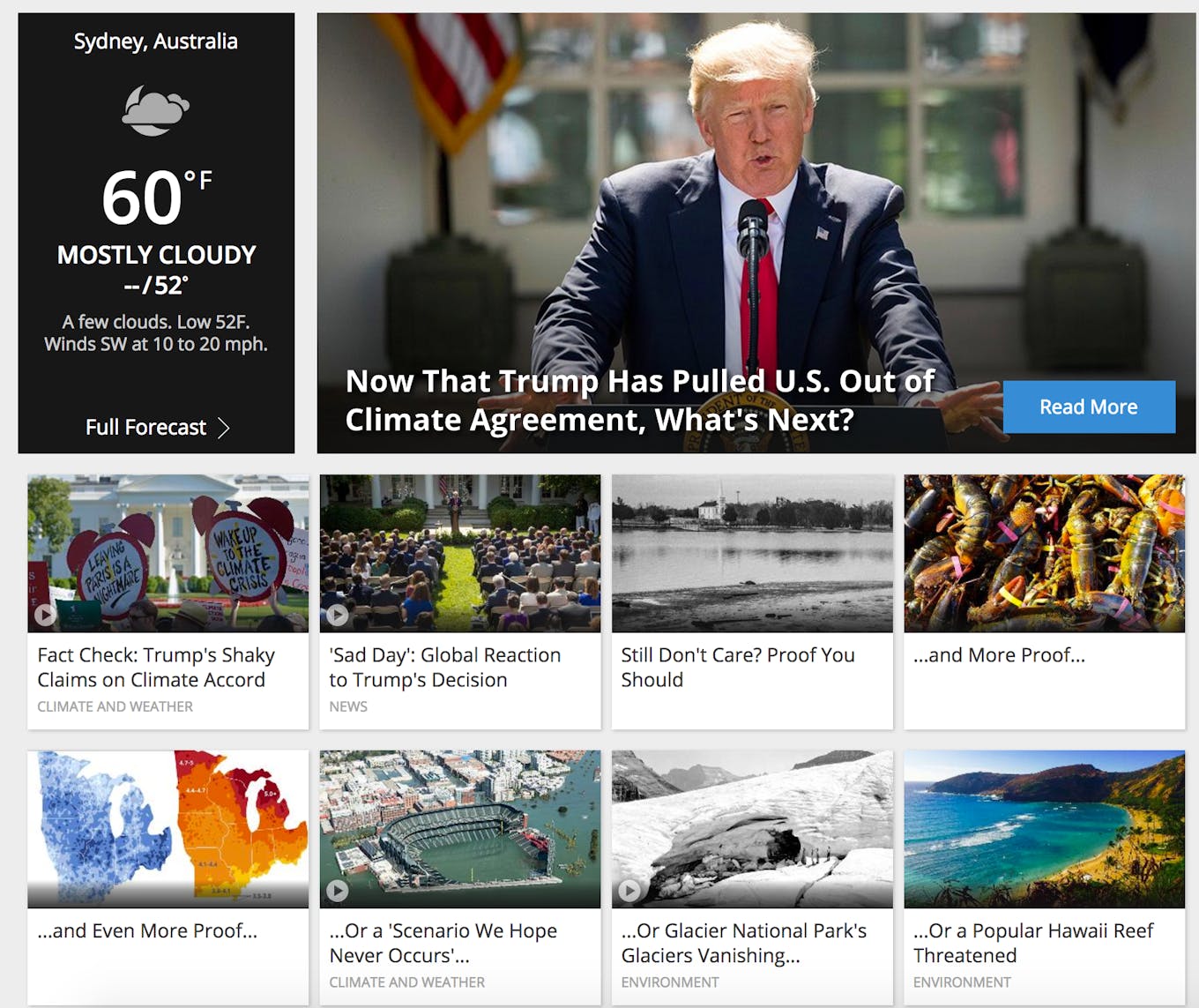 5. This familiar-sounding projection at the US Embassy in Berlin 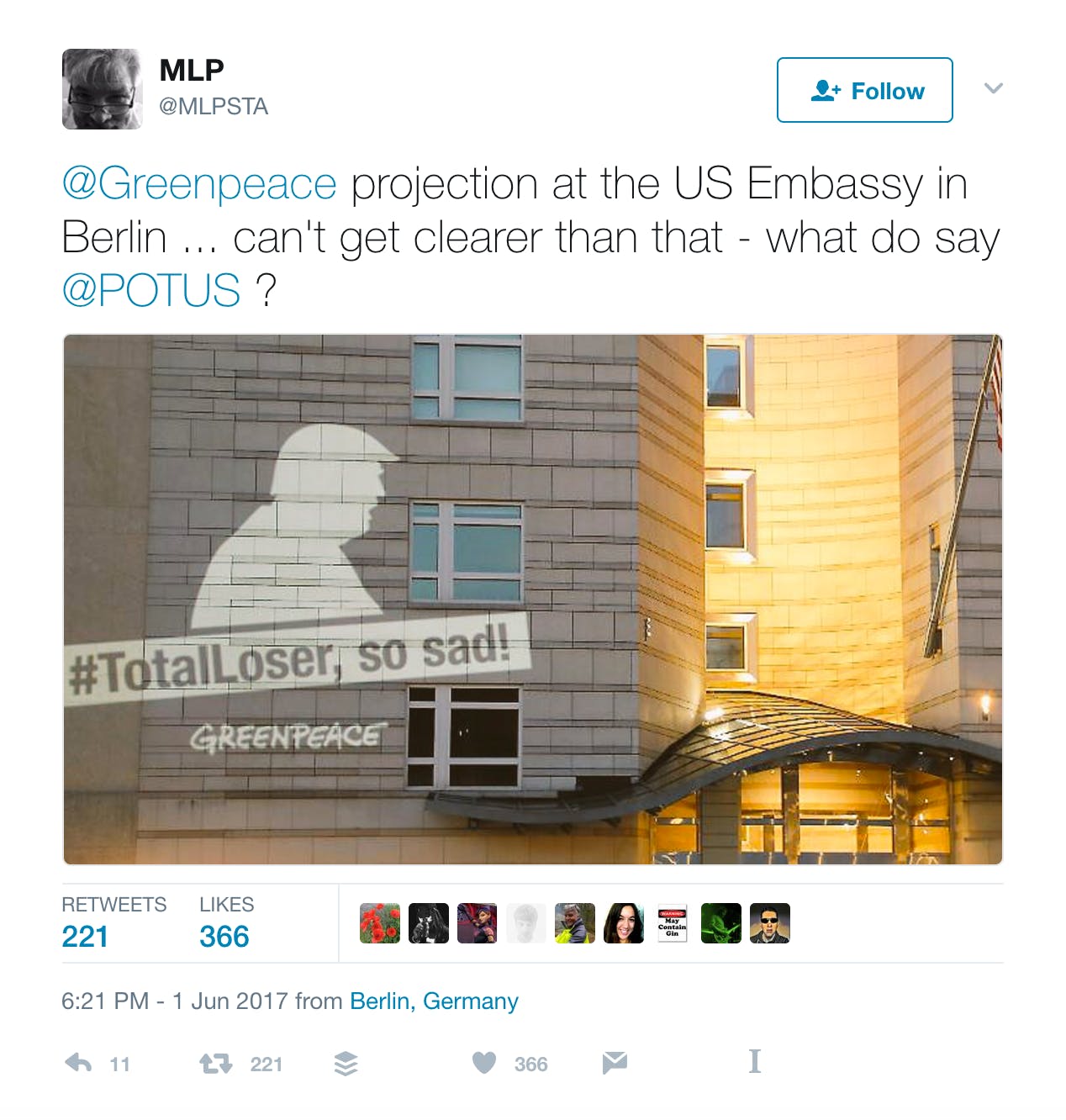