Should the fossil fuels industry be involved in climate talks?

With the UN climate meetings opening up to non-government observers including business groups and civil society, some countries have called for fossil fuel interests to stay out.

This question was at the centre of debate at the Bonn Climate Change Conference on Wednesday.

Representatives from Cuba, Ecuador, Senegal and Uganda pushed for more transparency for businesses joining the negotiations to ensure that they will contribute to—and not scupper—the purpose of the Paris Agreement, which is to curb greenhouse gas emissions and cap global warming.

If we are to ramp up ambition, then we need to ensure that fossil fuel industries are kept out of these talks.

This stance was met with opposition from New Zealand, whose delegate said that participation from various sectors including fossil fuels is an important element of good governance and shutting the door on anyone is not the way to proceed.

The European Union, together with the biggest emitters in the G77 block, which consists of developed countries including United States, China, Canada, and Australia, expressed their support for other groups to be included in the negotiations, without mentioning the need to adopt a conflict of interest policy.

Norine Kennedy, vice president for environment, energy and strategic international engagement for the US Council for International Business (USCIB), acknowledged that conflict of interest was important, and said that business groups were not opposed to more transparency as long as it was not “discriminatory only to business.”

“We want to be part of the discussion. We feel that if the outcome is more transparency and due diligence and ensuring that it is clear who everyone represents and where their funding comes from, there’s no problem with that,” she told Eco-Business.

Jesse Bragg, executive director for US-based corporate watchdog Corporate Accountability, said that developing countries who spoke out about adopting a conflict of interest policy understand that it is necessary if negotiators were going to get the rulebook for implementating the Paris Agreement right.

“I really do think that at some point, the obstruction from these oil-fuelled countries like the US, Australia and Canada will be overpowered by other countries banding together,” he told Eco-Business in an interview.

“The idea that we need to include them in writing the rules that they need to operate by is ludicrous,” he said. 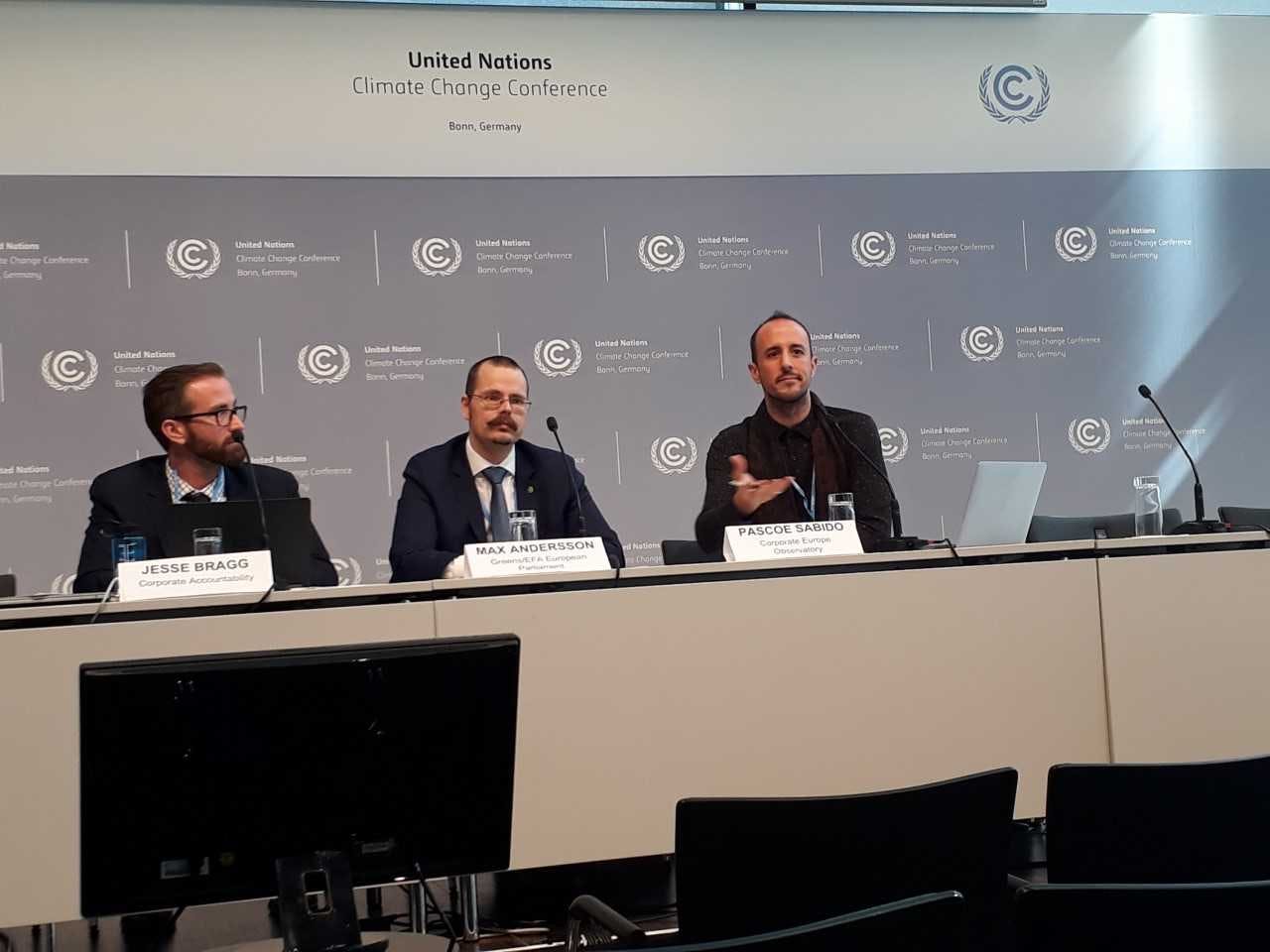 “If we are going  to ramp up ambition, then we need to ensure that the fossil fuel industries are kept out of these talks,” Sabido said.