Green urban spaces are vital for citizen well-being and sustainability, but they are becoming a scarce commodity in Australia's rapidly growing cities. Ahead of the DesignBUILD expo and conference, landscape architect Matthew Mackay shares innovative ideas for bringing nature back into the city.

Comfortable suburban homes, roomy backyards, and sprawling green spaces are the hallmarks of a quintessentially Australian way of life. But in recent years densely packed high-rises are quickly becoming the new normal as the country undergoes rapid population and urban growth.

Australian cities are set to grow by almost 16 million people between 2011 and 2061. This will place unprecedented stress on land for housing, work and recreation, as well as increase demand for energy and water resources.

Design, architecture, and construction professionals therefore play a key role in helping cities cope with these social and environmental challenges, but they are not currently doing enough to adapt to these problems, says renowned Australian landscape architect Matthew Mackay.

Mackay, who is based in Melbourne and is a Senior Associate at leading international design practice Hassell, says that as cities become more populous, access to green spaces is sometimes side-lined in favour of new buildings for residents to live and work in.

This is a problem, because not only is nature crucial for the well-being of city dwellers who need a respite from the urban grind, but it also serves an important environmental function, says Mackay, who has been a landscape architect for almost two decades and has designed streetscapes, waterfronts, parks, and plazas across Australia.

No matter how costly land is in a city, or how densely packed it is, citizens need access to nature, notes Mackay. To deliver this, the industry must let go of the idea that an urban space can only fulfil one function at a time, whether it is a street, building, or park.

Instead, the design community needs to work together on creative approaches to building places which serve multiple uses at once, and devise ideas that bring nature back into even the most cramped urban environments, says Mackay, who is also a sessional lecturer at the University of Melbourne.

He will be speaking at the upcoming DesignBUILD conference at the Melbourne Convention and Exhibition Centre from 4 to 6 May. Now in its 30th year, the conference will bring 6,600 of the country’s architects, landscape designers, and product manufacturers together to develop new solutions for the building industry.

In this exclusive interview, Mackay speaks to Eco-Business about the fundamental role landscape architects play in making future cities more liveable and sustainable, and how the industry can develop innovative strategies to incorporate more plant life in the urban fabric.

What are some of the biggest challenges Australian cities will face in the coming decades? 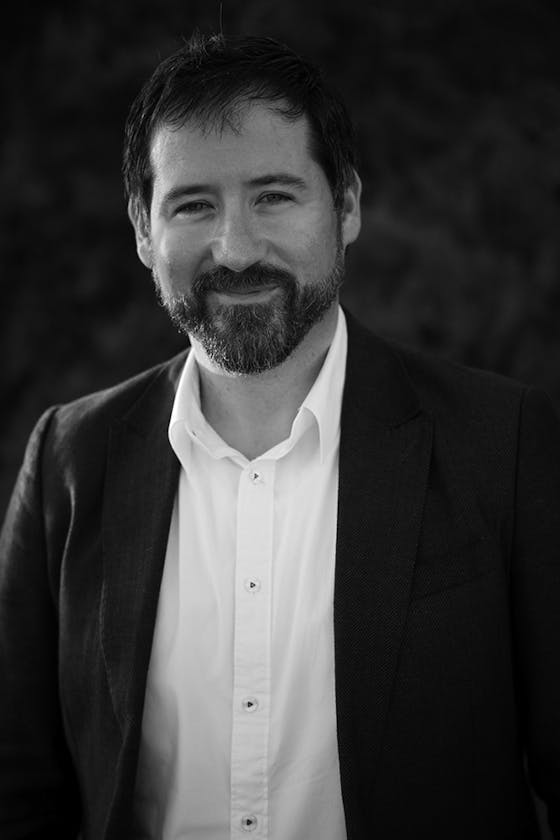 Australia will need to adapt to climate change, reduce its greenhouse gas emissions, and manage its population growth, but I believe the most critical issue will be rapid urbanisation. This is a global phenomenon, but in Australia, where people have traditionally lived in the suburbs and commuted to the city, it signals a huge cultural shift.

For example, the resident population of Melbourne’s metropolitan area has spiked from about 72,000 in 2004 to 126,000 today, and this is expected to almost double to 202,000 by 2030. This will mean increasingly dense communities, and place a lot more demand on land and infrastructure.

While developers have built plenty of new high rise buildings in the city and developed new precincts like the Docklands (a neighbourhood close to the central business district), community infrastructure such as schools, hospitals and restorative open spaces have largely been overlooked by planners.

Because of this, areas such as the north-west corner of the city are set to have almost back-to-back high-rise housing with no access to open spaces except for the street. This is not ideal, because in Melbourne, which is often recognised as the world’s most liveable city, we expect a certain level of access to green space.

So the challenge is, if we can’t plan to provide these amenities while urban development is taking place, how do we come back and retrofit the city to create pockets of nature and open space for residents?

How can landscape architecture help cities remain sustainable and provide residents a high quality of life even as they become more densely packed?

Landscape architects use two key strategies to integrate nature into cities and to help them adapt to climate change and reduce their emissions: living architecture and green infrastructure.

Living architecture refers to the practice of installing green roofs or vertical greenery in a building. These features can treat water, purify the air in and around a building, and keep a building cool naturally, thereby reducing its energy use and carbon emissions.

This is especially important given the increasing urban heat island effect in dense cities, which is when temperatures rise due to concrete buildings and roads absorbing and trapping more heat than natural or open areas.

The urban heat island effect, combined with climate change, can be life-threatening. In January 2014 for example, a heatwave in south-east Australia - including Melbourne – sent temperatures soaring to above 40 deg C, and scientists blamed this heatwave for a spike in deaths due to cardiac arrests, dehydration, and heat exhaustion among the elderly and other vulnerable groups.

So the challenge is, if we can’t plan to provide these amenities while urban development is taking place, how do we come back and retrofit the city to create pockets of nature and open space for residents?

Are there examples of building developers and architects finding creative ways to achieve green spaces in cities?

A great example of this is the Melbourne office of Australian health insurance firm Medibank, located in the Docklands. Hassell worked with developer CBUS property to develop this building, which has won numerous sustainability awards and is one of the healthiest workplaces in the world.

The building boasts green features such as about 2,300 plants inside the building and another 520 in modular planter boxes along the facade, two 25-metre green walls facing the street, and a 2,000 square-metre public park inside the complex.

This greenery was in a way, a response to comments by Medibank’s managing director George Savvides in 2011 that the Docklands had “no trees, no birds, no grass, a lack of community but a plethora of structures“. So Hassell and CBUS Property thought that if we can design a building which responded to Savvides’ critique, it could lure Medibank to choose our scheme as their new home and remain in the Docklands.

The end product, with its extensive use of indigenous Australian plants has attracted native birds and insects back to the area, and the public park - which includes workspaces, an amphitheatre, and a cafe, is a popular spot for Medibank employees and workers in the area to have lunch or work.

What ideas and strategies should the industry take away from these success stories?

Firstly, as urban growth requires spaces to serve multiple purposes, we must disregard the traditional boundaries that have divided the various design professions.

Conventional wisdom dictates that landscape architects work outside the building, building architects take over after that, and once the construction has been completed, an interior designer steps in. But if everyone approaches a project as a seamless team of designers, we can shape things in different ways.

In the Medibank project, for example, Hassell’s urban designers, interior designers, landscape and building architects sat down together from day one to develop ideas. Having all those disciplines sitting down to plan for the building made it possible to incorporate unique features such as the park.

Secondly, if architects want to influence how cities are designed in the future, we have to have strong relationships with specialist researchers who can give us hard data to inform our thinking.

For example, we recently designed green roofs for the University of Melbourne’s Burnley Campus in collaboration with researchers from the university, who wanted to study how green roofs perform in Australian conditions. There is currently a dearth of data on that topic. 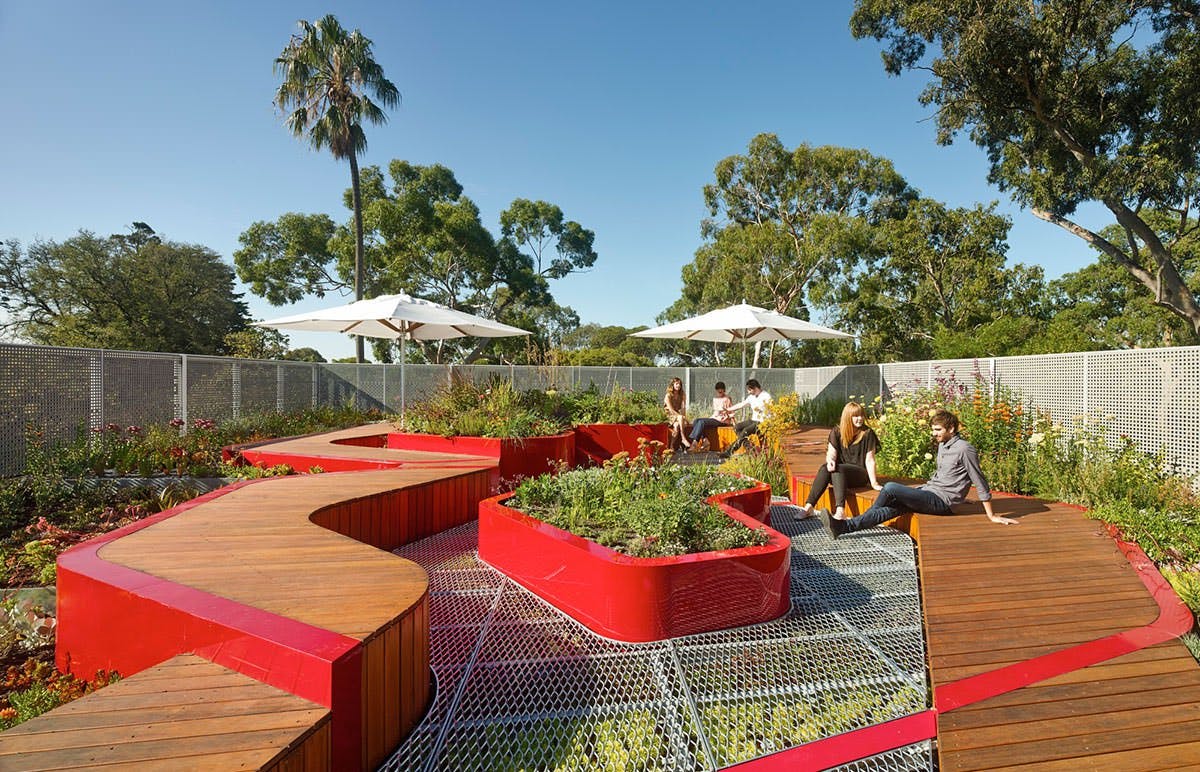 The scientists had put years of research into details like the right plants and soil, among other things, and were able to study factors such as the capacity of the roofs to mitigate storm water runoff, insulate the building, and provide social benefits.

Thanks to the input from academics - and our collaboration with specialised contractor Junglefy - we produced a much richer outcome than we could have without their involvement.

Going forward, industry professionals need to be the strategists for better and more sustainable cities, but we must partner with researchers to make sure a project works in the way we aspire it to.

Matthew Mackay will be speaking at DesignBUILD in Theatre 1, Thursday May 5 at 3pm as part of the Speaker Program. The three-day DesignBUILD event will also feature a trade exhibition with more than 300 brands on display, seminars on themes such as sustainability, compliance, and innovation; and myriad networking sessions. Click here to find out more about DesignBUILD 2016 and register for the event.