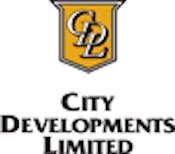 Policies are crucial to tackling climate change and without political momentum, global energy demand will see an increase of over 100 percent by 2050.

This is the prediction made by Paris-based Global Building Performance Network (GBPN), a global organisation that provides policy expertise and technical assistance to advance building energy performance around the world.

Presenting these figures on Monday at the annual International Green Building Conference in Singapore, GBPN executive director Dr Peter Graham noted, however, that political support for green practices can cut global energy demand by 50 percent during the same time period.

But how can governments make and implement the policies required to achieve the level of energy savings that will reduce greenhouse gas emission?

This question took centrestage at the opening day discussion on global green building trends. The event, held at the Sands Expo Convention Centre, is an annual gathering of building industry players to discuss sustainable building trends organized by Singapore’s Building and Construction Authority.

Experts noted that much of the time, the political will to push for green buildings and other environment-centric policies comes from recognition of the business case, whether in the form of obvious cost savings or the ability to draw investments.

“The jurisdictions with the best low energy building policies are the best places in the world to invest [in related technologies],” said Dr Graham.

He observed that South and Southeast Asia are positioned to gain the greatest potential savings from implementing green buildings. But by the same token, these regions also have the most to lose in terms of missing out on energy savings.

“Asia’s building stock’s energy use is simply not sustainable,” Dr Graham warned, singling out tropical countries as those with the most to gain and lose. Air conditioning, he said, is one of the biggest culprits, specifically air conditioning in multi-family residential buildings in hot climates – which puts Singapore among the leading hot spots for energy use.

To address this, he said, policymakers in Asia urgently need to accelerate the development and implementation of energy policies, if only to prevent their costs from spiralling out of control.

Other countries have already had a taste of what happens when energy use becomes unsustainable. In 1973, when the OPEC embargo on oil exports sent oil prices skyrocketing for almost half a year, dozens of industrialised countries were profoundly affected, noted Professor Runa Hellwig, director of the solar and energy efficient buildings cluster at the Solar Energy Research Institute of Singapore.

One of them was Germany, which responded by launching an energy efficiency campaign that persisted even after oil prices had returned to normal. Hellwig described how the crisis spurred the German government to pass energy conservation legislation, beginning with building insulation requirements in the Energy Conservation Act of 1976.

Later, the legislation grew to include limitations on energy demand and more specific requirements in building design. More recently, Germany’s green building policies gave birth to the Efficiency House Plus, a home designed to generate its own renewable energy and even charge the family car.

Good policymaking notwithstanding, green building practices often tend to stumble at the point where policies should be translated into reality, said Dr Graham. “A lot of the best in class building codes are not being adequately implemented,” he observed, pointing out that policies need to be tangibly supported if they are to succeed.

Most of the world’s progressive jurisdictions, he said, tend to be in Europe and they have a number of best practice elements in common, a key one of which is ambition.

Thirdly, noted Graham, governments need to back up their policies with a slew of initiatives including awareness raising, good data, stakeholder involvement, financial incentives and support from the industry.

On what forms of support the industry can offer, Kathleen O’Dell, senior manager with Deloitte Consulting, explained how the use of data analytics can provide a guideline for future investments by showing links such as the effect of weather conditions on energy use and the impact of different remodelling projects on energy consumption.

In the US, this approach has allowed institutions to make smarter decisions around energy efficiency and to track and measure the impact of their capital improvement investments over time. And to concerns that collecting and analysing data can be costly, she pointed out: “The truth is that you don’t have to have perfect data. It’s about how you manage the data, what you use it for and how you bring it together.”

Hellwig noted that the process of introducing a new green building product or service into the market often involves considerable government funding to offset the cost of initial development. She suggested that government set standards at slightly below the effectiveness of the product so as to encourage its adoption.

“The problem then is to educate the consultants and professionals about the new methods and make them aware of the new products,” she added.

Rating systems are another tool by which governments can incentivise the adoption of green buildings.

In Singapore, the Building and Construction Authority’s Green Mark rating has encouraged retrofits of the existing building stock, and in Australia, the Green Star – launched in 2003 by the Green Building Council of Australia (GBCA) – has greatly accelerated the development of green building products, technology and techniques.

“It has encouraged designers to think of spaces as places for people,” said Romilly Madew, chief executive of the GBCA, who shared on various Green Star buildings, including libraries and academic buildings, that have been lauded for their design.

The Green Star, she explained, shows the importance of having agreed-upon metrics and an organised approach to knowledge sharing, It has also allowed the industry to profit from green building leadership.

Ultimately, getting green buildings in place is a matter of behaviour and values, said the GBPN’s Dr Graham. The current approach to green building, he warned, has fallen into the trap of “business as usual”, and governments and industries alike need to avoid limiting their vision based on how long policies take to show returns.

“We need to realise that the changes we are facing [in terms of urbanisation and climate change] have inevitably changed the demands on the industry and the government,” he noted.

Our special event coverage of the International Green Building Conference 2014 is brought to you by City Developments Limited (CDL).