A major contributor to the excessive use of disposable plastic, Singapore's food and beverage industry has taken a significant first step to influence plastic-free consumption by removing plastic straws from their premises by next month.

In a major industry-wide push to reduce the use of single-use plastic in Singapore, over 270 food and beverage (F&B) outlets will phase out plastic straws by 1 July, the World Wide Fund for Nature (WWF) announced on Monday.

Participating companies include the biggest names in restaurant, hospitality and food services such as Sodexo, PastaMania, Nandos, SaladStop, Kraftwich, Accor Group and Grand Hyatt Singapore. All F&B outlets will remove plastic straws completely from their premises or provide them only upon request.

The announcement comes a few months after WWF launched PACT: a Plastic ACTion commitment, where businesses pledge to phase-out all unrecyclable single-use plastic and transition to reusable or recyclable products and packaging by 2020.

In a roundtable event co-organised by Eco-Business late last year, representatives from the F&B, manufacturing, hotel and retail industry discussed ways of tackling single-use plastic within their operations and achieving the targets set by PACT.

Initially, guests pulled a face but the staff did a great job of explaining why we have chosen to go plastic-free.

According to Maggie Lee, who leads market transformation at WWF Singapore, the event revealed that businesses were interested in reducing their plastic footprint and were actively thinking of ways to switch to sustainable alternatives.

“Although the efforts taken are not uniform across the industry, there are a few businesses that are voicing their awareness of the plastic problem and are thinking of ways to tackle it,” she added. “In general, we have received a very positive response from the companies.”

Kim Stengert, chief of strategic communication and external relations at WWF Singapore, said: “Driven by a wave of consumer support, businesses have taken the first action to remove straws. This is a tangible first step and a strong signal that they are starting to take responsibility for the plastics that they use.”

Local hospitality giant The Lo & Behold Group, which runs dining hotspots such as Tanjong Beach Club, The White Rabbit and Straits Clan, now has a default no-straw policy and and will only offer reusable or biodegradable alternatives upon request, according to managing partner Wee Teng Wen.

“I believe that as hospitality venues, we have the power to influence change at the point of user behavior,” he said. “By introducing environmentally friendly practices, we’re exposing such behaviour to all who pass through our doors, be it guests or employees, and hopefully nudge them to integrate conscious living into their personal lives.”

Tadcaster Hospitality, a holding group which owns several bars, restaurants and clubs across Singapore, Australia and the Philippines, has also gone further than ridding their outlets of plastic straws by phasing out other plastic  disposables. The company has started to switch their packaging to recyclable materials and introduce fully compostable coffee cups. 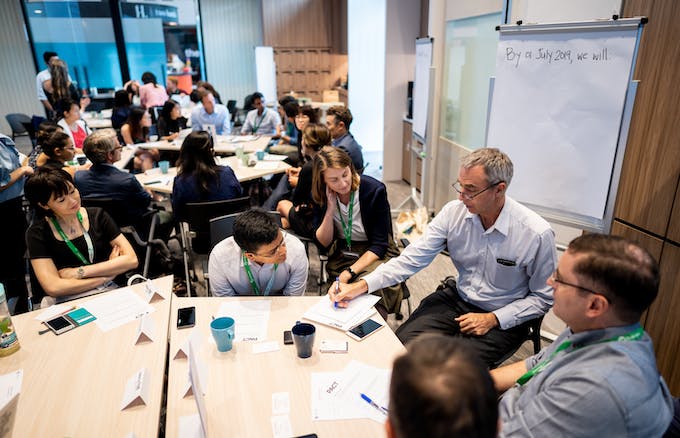 More than 30 food and beverage companies with over 270 outlets will be phasing out plastic straws by July 2019, in a commitment to WWF’s PACT campaign.

“It has been a major challenge asking our guests to not use plastic straws,” said Adrian Houghton, director of Tadcaster Hospitality. “Initially, guests pulled a face but the staff did a great job of explaining why we have chosen to go plastic-free and eventually guests have come to embrace the change.”

A recent survey found that 62 per cent of Singaporeans use plastic straws only because they come with a purchased drink, while another YouGov survey commissioned by WWF revealed that people pointed to the F&B and food retail sectors as the biggest sources of disposable plastic in the country.

Singapore uses an estimated 473 million plastic disposable items every year, according to a 2018 paper by the Singapore Environment Council. Waste management is a serious issue in the land-scarce state, where its only landfill, Pulau Semakau, will reach full capacity by 2035.

Hai Lin Pek, whose organisation Zero Waste Singapore leads grassroots efforts to tackle plastic waste in Singapore and played a significant role in expanding WWF’s outreach to the F&B industry, said: “Local support to reduce unnecessary plastics has grown in tandem with awareness about the environmental impact of plastic disposables.”

“With more people now opting to bring their own reusable containers, bags or straws, we hope to see the movement encourage businesses to reduce other single-use plastic disposables too,” she said.