How a Philippine low-cost airline is cutting its carbon footprint

If Philippine budget carrier Cebu Pacific takes a round-trip flight between Manila and Dubai, its longest route, it generates 22 per cent of the greenhouse gases that an average car emits in a whole year.

This lofty emissions footprint is not only true of Cebu Pacific, but all carriers. The aviation industry produces 859 million tonnes of carbon emissions worldwide, accounting for 2 per cent of all human-induced emissions.

The A321neo planes can carry up to 236 passengers while the carrier’s existing fleet accomodate 180 passengers, allowing the new planes to fly more people on the same route, using less fuel.

“On commercial flights, the A321neo has demonstrated a 35 per cent reduction in fuel burn reduction per passenger for the same flight compared to our A320 aircraft,” Candice Iyog, vice president for marketing and distribution of Cebu Pacific, told Eco-Business.

“We have adopted this technology to improve our operational efficiency, which will also help to reduce our impact on the environment,” she said.

Cebu Pacific has 1 “ecoplane” already in operation on flights to Tokyo and Bali, with five more to come on board later in year.

We need to ease the negative impact of tourism and balance the social and environmental concerns with its economic benefits.

The launch of the ecoplane is the centrepiece of Cebu Pacific’s sustainable tourism programme, called “Juan Effect” (One Effect). “Juan” refers to Juan dela Cruz, a popular national symbol who represent the Filipino everyman, and the inspiration behind Cebu Pacific’s brand slogan, “Why every Juan flies” (Why Everyone Flies).

Another part of “Juan Effect” is the replacement of non-recyclable plastic spoons, forks, stirrers and cups with sustainable alternatives for inflight catering on all its domestic and international flights. Cebu Pacific charters 400 flights daily across 37 domestic and 26 international destinations. 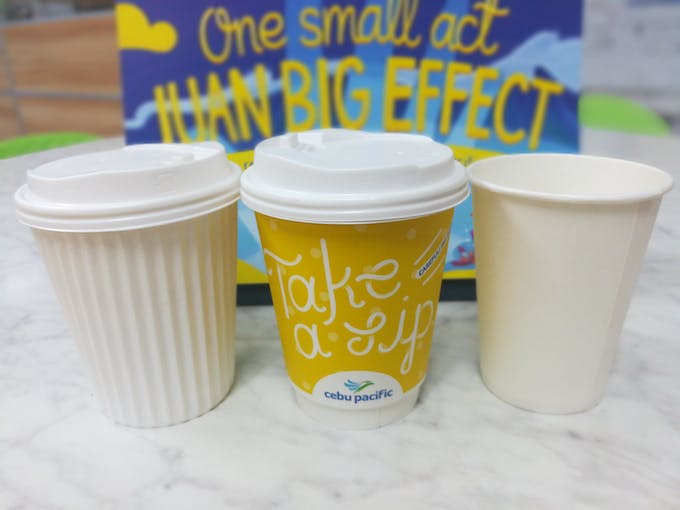 “Shifting to eco-friendly utensils for our inflight catering has increased cost by 46 per cent, but results in 460,000 fewer pieces of single-use plastic being thrown out every month,” said Iyog. “While alternatives cost more, we feel that the investment is worth it.”

The budget carrier is also set to install solar panels at its main operation centre in Manila, which is expected to generate up to 540 kilowatts of electricity, enabling it to shift 20 per cent of its electricity to renewable energy by 2020.

“Tourism is good. It creates jobs and spurs economic development. But we need to ease the negative impact of tourism and balance the social and environmental concerns with its economic benefits,” Iyog said.