Getting smart about energy

Even as renewable energy grows worldwide, one key obstacle is integrating it into the grid. One Australian start-up has the software which can help companies do this and more, saving energy and money in the process.

From powering our homes to manufacturing our goods, energy is needed in most aspects of human life. But growing concerns about climate change and limited energy resources have put pressure on the industry to find new ways to use cleaner energy and in a smarter way.

One company that has hit on this winning combination is Australian firm GreenSync.

Founded in 2010, the Melbourne-headquartered outfit has created a solution that helps utilities, precinct developers and large commercial and industrial clients manage energy demand in a cheaper and more efficient manner.

GreenSync’s offering uses both software and hardware to monitor energy use in a grid or commercial building, to predict when demand will exceed normal levels, and to control the quantity and type of energy used so that the system is not overwhelmed.

This can involve temporarily turning off non-essential machines to reduce stress on the system, or supplementing energy from the grid with stored power from batteries or renewable sources.

In a recent interview with Eco-Business, Phil Blythe, GreenSync’s founder and managing director, declares that in some areas, technology is better positioned than humans in solving sustainability challenges.

“People can be influenced to change their behaviour for a short period of time, but it’s difficult to continue this in the long run. If you can automatically reduce energy use, you get a much more sustainable solution,” he says.

It is this belief that has led Blythe and his team of developers to create computer programmes which monitor and manage energy use without much effort from humans, and in the process, solve some of the sector’s biggest challenges. 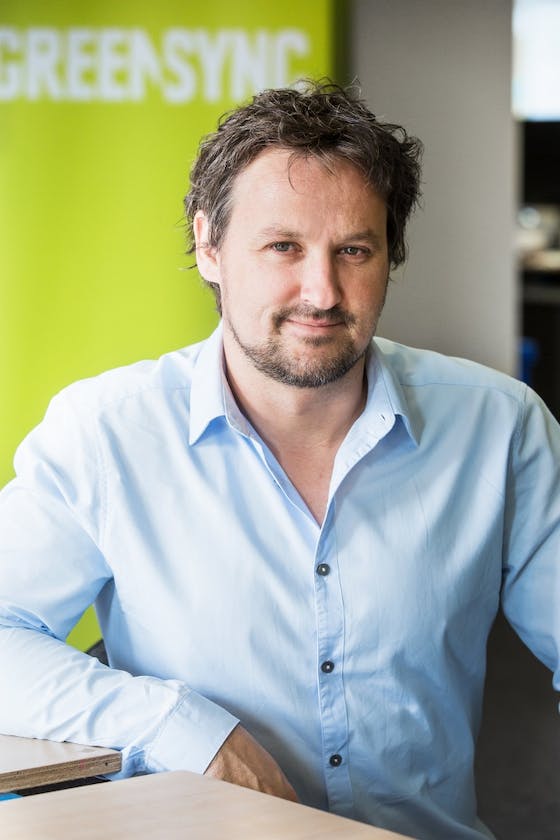 Every year, energy companies spend billions of dollars on building new infrastructure that will meet sudden spikes in demand, such as a sharp rise in the use of air-conditioning on an exceptionally hot day.

Such incidents are rare and short-lived, so it is not efficient to make huge investments into such infrastructure, says Blythe. He likens this to building a 30-lane highway just to accommodate rush hour traffic.

This so-called “peak demand” can be expensive for customers too. In many countries including Australia, utilities charge more for electricity at certain times of the day when overall energy use rises, which can rack up costly bills for consumers.

Both these problems can be solved by using distributed energy - power from renewable sources or battery storage - to reduce demand for electricity from the grid, says Blythe, who spent more than 15 years leading technology development in the smart cities, energy efficiency, and financial services sectors before starting up GreenSync.

Five years ago, Blythe noticed a lack of suitable software that could help grids integrate distributed power, and in a bid to fill this market gap, set up GreenSync in 2010 with A$200,000 of his own seed money.

The early years were tough. After years of research and development, and a pivot towards industrial automation and Cloud computing,the company launched its first major product, PortfolioCM in 2012.

This is a software platform which uses cloud technology to monitor and control energy use across the grid, and predicts peaks in demand by analysing weather data and usage patterns.

It can respond to these peaks by turning off non-essential devices and drawing extra energy from stored batteries or generation assets on customers’ sites – such as solar panels or wind turbines - therefore preventing demand from exceeding the grid’s supply and causing a blackout.

People can be influenced to change their behaviour for a short period of time, but it’s difficult to continue this in the long run. If you can automatically reduce energy use, you get a much more sustainable solution.

GreenSync’s big break came when, in the same year, the state utility in Queensland, Australia, adopted PortfolioCM for a pilot program.

The pilot was the first of its kind, says Blythe, and GreenSync’s advantage was that “it addressed an actual problem the utility was facing”.

“It was a unique solution for forward-thinking utilities,” he says.

While the Queensland utility did not expand the trial due to a political shift away from climate action, it helped GreenSync build a good track record, which enabled them win over other clients, shares Blythe.

“We have helped utilities across Australia save between A$20 and $50 million, mostly by deferring infrastructure construction,” he says.

After the successful launch of PortfolioCM, GreenSync took slightly more than A$1 million of investment from an angel investment group in 2013. It has since attracted two smaller, undisclosed sums of funding from the same group, and is currently completing another round of financing.

The company has since developed several new products, and has installed its solutions at more than 300 sites across Australia.

Today, GreenSync has 25 employees, and several awards under its belt. Just last month, the company clinched the top spot in the Energy category of the Australian Technology Competition, one of Australia’s leading accelerator programmes for emerging technology companies. 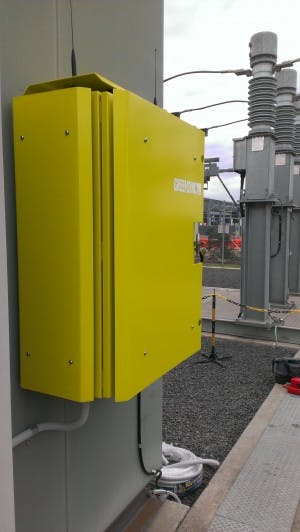 PRUs are installed at client facilities and monitor their energy use. They are connected to devices like generators and pumps, and control how much power each machine uses, and whether it comes from the grid or renewable sources.

The units also connect the system to GreenSync’s cloud-based platform which allows customers to track energy use, equipment speeds, and other metrics online or on a mobile app.

By using this solution, businesses can save tens of thousands of dollars by avoiding drawing energy from the grid when peak pricing is active, instead using onsite distributed energy assets. They can even get paid to not use energy, says Blythe.

For example, in 2013, a large manufacturing facility in New South Wales installed PeakResponse, which allowed it to participate in a demand response programme by Ausgrid, the local energy utility. Under this scheme, utility operators pay participants to reduce their energy use, so that the energy security can be maintained for all users on the network.

The company earned A$35,000 just by turning off its power for three hours on a hot summer afternoon. This model presents a new revenue stream for firms, says Blythe. It also allows companies to support their local communities during peak weather events.

PeakResponse can also substitute power with stored renewable energy when prices are about to shoot up. For example, a commercial warehouse which has 200 kilowatts of solar power can save A$70,000 over three years by switching to battery storage - powered by solar - at peak times.

Earlier this year, GreenSync built on the PeakResponse concept to unveil MicroEM, a tool which lets large commercial customers operate their own microgrids or high voltage networks.

The company’s diverse range of software offerings can be used individually or combined with one another, depending on the customer’s needs.

Costs range from A$5,000 for basic energy optimisation services to upwards of A$100,000 a year for a more complicated installation.

From virtual to reality

While much of the magic behind GreenSync technology happens in the virtual confines of the cloud, the PRUs installed at client facilities are subject to the harsh realities of Australia’s climate.

Chris Bird, engineering manager, GreenSync, explains that the company’s technology has been designed to operate in electrical substations, remote, and off-grid locations.

Autodesk, which sponsors the Australian Technology Competition, crossed paths with GreenSync when the latter became a finalist in the contest last year.

The firm selected GreenSync for its Entrepreneur Impact Programme, which gave the start-up free access Autodesk’s 3D design and modelling software to create its PRUs. 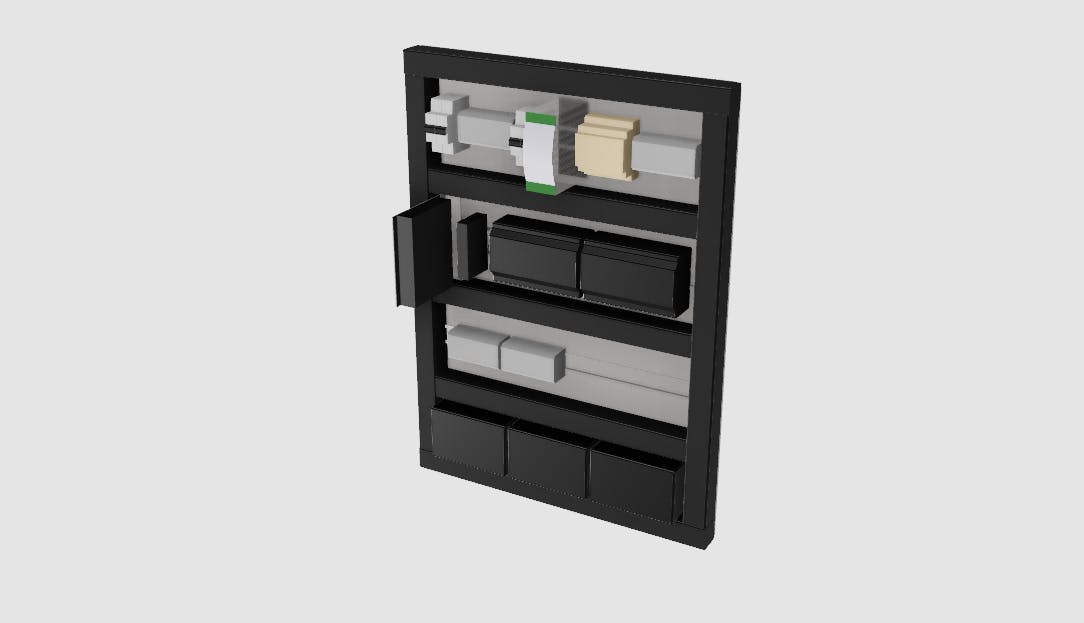 The Entrepreneur Impact Program is an initiative by Autodesk to support early-stage start-ups and entrepreneurs in the social, cleantech, and environmental sectors.

As part of the program, eligible companies receive world-class software up to the value of USD$150,000 to design, visualise, and simulate their ideas and accelerate their time to market through 3D Digital Prototyping.

These tools helped GreenSync - which previously did not use any design software - perfect the Peak Response Unit and ensure that it would survive harsh outdoor conditions.

Another software package called AutoCAD Electrical allowed the company to design the wiring and circuits that enabled its hardware to control generators, battery storage units, and pumps in the system.

“Through the Entrepreneur Impact Program, GreenSync was able to access best in class design software at an early stage of the company’s life,” says Bird. “This allowed us to focus more resources into thinking about our technology platform.”

The company first ventured beyond Australia in May this year, when it opened its Asian headquarters in Singapore.

The city-state will be GreenSync’s second operations hub, from which the company plans to offer its full range of cloud-based energy services to businesses and utilities across the region.

“There are no two countries in Asia which have the same energy problems,” notes Blythe. This is why the company is developing new tools that will allow GreenSync to customise its solutions to meet the needs of individual companies and utilities throughout Asia. This will be launched next year, says Blythe.

“GreenSync’s major competition in the market is actually ‘business as usual’, or an inertia to do things the same way, rather than to explore new solutions,” says Blythe. “Not another rival firm, as you might think.”

“We are ideally placed to work with utilities, energy services companies and precinct developers interested in being leaders in the new energy world of distributed generation, storage and advanced energy management.”

GreenSync is part of the Autodesk Entrepreneur Impact Program. The program supports early-stage start-ups and entrepreneurs in the social, cleantech, and environmental sectors.  As part of the program, eligible companies receive world-class software to design, visualise, and simulate their ideas and accelerate their time to market through 3D Digital Prototyping. To apply for or learn more, visit www.autodesk.com/entrepreneurimpact and follow @AutodeskImpact.