Home-grown demand response firm Diamond Energy can be counted among the Singapore cleantech sector’s bigger success stories. But nowhere in the company’s description are the words “environmentally friendly” to be found.

Instead, Diamond Energy attracts its customers – building owners, manufacturers, and other large power consumers – with the catchphrase “Go Green, Save Money, Make Money”.

“Our focus is not about advocating improving energy efficiency or achieving energy savings,” explains Laurence Kwan, Diamond Energy’s business development manager. “It is about helping electricity customers realize a new stream of revenue from interruptible load participation in the National Electricity Market of Singapore.”

Diamond Energy is the first wholesaler licensed by the regulator Energy Market Authority to trade in demand response. This is also known in industry terms as “interruptible load”, which is essentially getting an electricity consumer to reduce a portion of their consumption temporarily by a pre-determined quantity if called upon to do so, in exchange for payments.

During unforeseen events in the power grid such as a generator failure, electricity consumers in Diamond Energy’s portfolio may be asked to reduce their power usage and thereby take some load off the grid.

Customers are paid based on their availability to reduce their consumption, irrespective of whether they are actually called upon to reduce their load or not. The company provides the technology - hardware and software - that control the amount of electricity being consumed by its clients at any time.

“Our business model is very transparent,” says Kwan. “We respond to the real-time requirements in the power grid in Singapore.  Our customers can browse the website of the Energy Market Company (EMC), which operates the market, to see the prices at any time.”

In turn, EMC pays Diamond Energy per megwatt for interruptible load it makes available to be reduced. This revenue is shared between Diamond Energy and their customers participating in the programme. 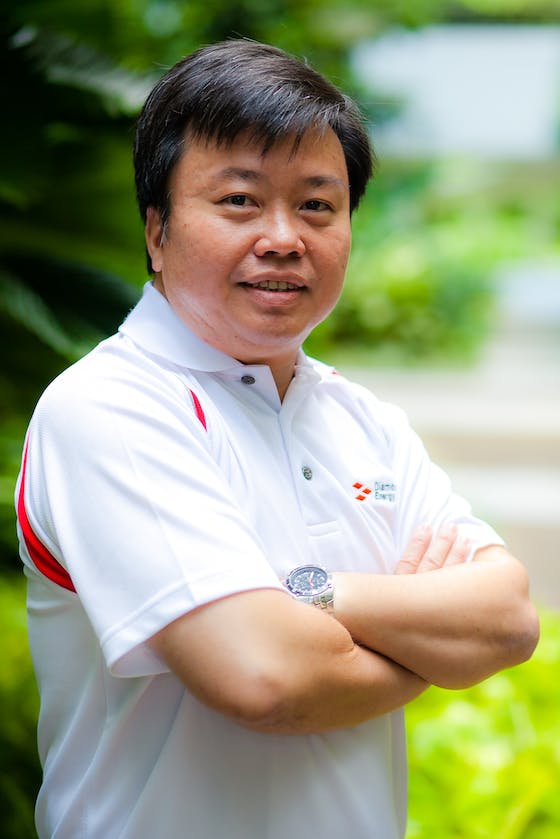 The first reason is that Singapore’s electricity market focuses heavily on generation rather than ancillary services such as the “spinning reserves” market where interruptible load trades. The spinning reserves market is less than one-tenth the size of the S$11 billion generation market in Singapore.

The second reason is that in Singapore, manufacturing plants and buildings are designed and built to be power efficient from the start. Interruptible load readiness is also not part of the infrastructural design concept currently.

Diamond Energy’s approach is to visit potential customers’ facilities to perform an on-site evaluation free of charge. The evaluation involves identifying suitable non-essential or discretionary electricity loads that are candidates for curtailment under the programme.

Following identification, the company works with the customer to develop a participation model for implementing interruptible load that will not compromise the customer’s core business operations.

Once the implementation has been completed, Diamond Energy’s revenue-sharing arrangement will start paying out monthly cash payments to the customer.

Participation in the programme does come with a great deal of back-end complexity and stringent regulatory requirements, which is another reason why the business model is challenging.

To handle this, Diamond Energy developed its own in-house proprietary technology platform. “We are the only company that pays real money to our customers” says Kwan.  “We don’t have to make guarantees, we know that they will benefit from what we are doing.” The tailored reward system, he adds, is the best way to incentivize customers to change the way they consume electricity”.

Despite its niche business model, Diamond Energy has made a significant contribution to the power industry in Singapore.

In 2006, just one year after receiving its license from the Energy Market Authority, and more recently in 2011, the company was called into action to help stabilize the power grid following disruptions to pipeline natural gas supplies which caused localized blackouts.

In both instances, Diamond Energy initiated load reductions from interruptible loads, allowing the capacity to be rerouted to the affected parts of the grid. That has set the stage for Diamond Energy’s subsequent growth.

Today, the company is the largest player in Singapore and has a wide portfolio of customers to support the power grid at a national level.

“We have been called into action to support the power grid 79 times since 2006, and we have done so successfully each time,” says Kwan.  “Without the interruptible load programme, the other option available to the power system operator is to call older inefficient generation plants into service resulting in higher greenhouse gas emissions.

With interruptible load, the reliance on the older and less efficient generators can be reduced over time. This will bring about a cleaner, greener, and more sustainable environment,” he added.

The company’s success has also paved the way for its international expansion at a time when SMEs are being encouraged to venture abroad.

Diamond Energy was recently selected by the Electricity Regulatory Authority of Vietnam to support them to design, implement, and manage Demand Response Pilot Programs in Vietnam. “We have a small team, but we are exporting our unique skills and technology to other markets in Asia where they are needed and this is providing exciting opportunities for our local workforce,” says Kwan.

“We want to change the way electricity is consumed in Asia, including raising awareness of environmental considerations surrounding how energy systems can be optimized with demand response,” he adds.

Behind these ambitions for the future, however, he is firm that one thing will remain unchanged: Diamond Energy’s approach to its customers.

Diamond Energy may be a technology company, but it is driven by people, says Kwan. “We always provide our customers with the human touch to the smart grid, and combined with new revenue making potential from interruptible load, it makes for a win-win partnership.”