Capturing the 'spiritual essence' of places

Singapore firm SCDA Architects is globally acclaimed for its luxurious, clean designs. Ahead of the International Green Building Conference 2015, its founder Chan Soo Khian speaks to Eco-Business on the importance of climate and context-sensitive architecture.

But regardless of where an SCDA project is built, it is always underpinned by one common principle: careful consideration of the environment and local culture.

Born in Penang, Malaysia, the 53-year old tells Eco-Business in a recent interview that “for me, the starting point of any project is the environment and context”.

Local flora and fauna, available materials, and craftsmanship are all important considerations for the design of any project, he says.

Not only does this philosophy help his firm create designs that project tranquillity and capture the “spiritual essence of ‘place’”, it can also deliver cost and resource savings for building owners.

For example, when the firm was commissioned to build luxury villas along the banks of the river Ganges in the Indian town of Rishikesh, its architects quickly realised that “there was no need to reinvent a site plan”.

“Over decades of trial-and-error, the people living there had figured out where to locate the buildings for optimal heat gain, scenic views, and to be clear of flood plains, among other factors,” he explains.

By taking cues from this indigenous design culture, “we were able to avoid overbuilding or compensating for planning deficiencies through costly and unnecessary additions,” he says.

A sensitive, responsive approach to building 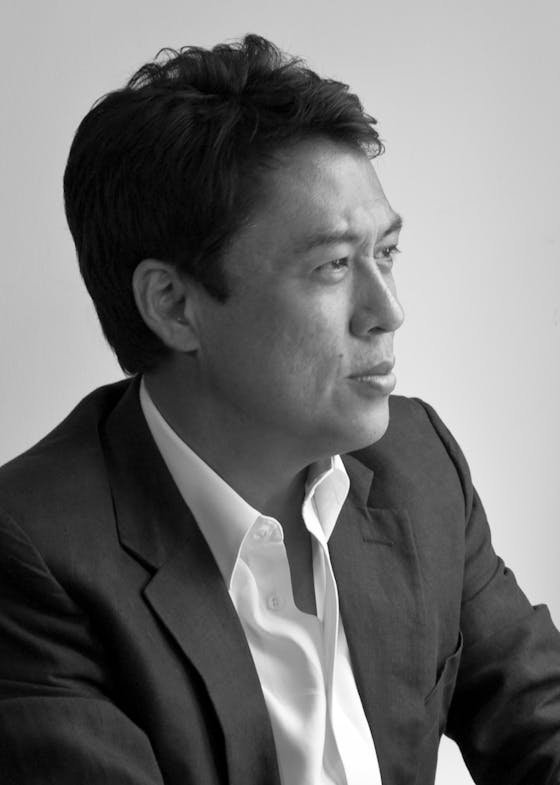 Chan, who has a Master’s degree in Architecture from Yale University, will be speaking about the importance of such a climatically sensitive and responsive approach to architecture at the upcoming International Green Building Conference, which will be held at the Marina Bay Sands from 2 to 4 September.

He says that this approach - which carefully considers a building’s local surroundings - is a defining feature of SCDA Architect’s global portfolio of projects.

The firm’s work is inspired by “integrating landscape, water features, and blurring the distinction between interior and exterior”, he adds.

Since he began practicing architecture in the 1990s, Chan shares that he has seen a global shift towards sustainable architecture, especially among commercial buildings such as hotels and offices that are operated by international brands.

These brands are increasingly embracing sustainable practices such as using green materials like bamboo or recycled polycarbonates in their buildings. This move is “both a matter of expressing the company brand and philosophy, and as a cost-effective measure,” he says.

The number of companies which understand the benefits that sustainable building practices bring to their reputation and bottom line is certainly growing. For example, market analysis firm Navigant Research expects the worldwide market for green construction materials to grow from $116 billion in 2013 to greater than $254 billion in 2020.

The prospects for this sector are especially promising in Asia Pacific, which houses 40 per cent of the world’s building stock, with many more buildings in the pipeline as the region urbanises.

A combination of rising energy prices and restrictions on carbon emissions is driving business and government leaders to embrace the savings potential of green buildings, and the market size for energy-efficient building technologies and services - such as ventilation, lighting, and energy management - in Asia Pacific will double from $45.5 billion in 2013 to $91.6 billion by 2022, according to Navigant Research.

Sustainability and luxury under one roof

Chan’s Singapore-based practice, which employs more than 100 architects and designers and is well known for its international collection of luxury residential and hospitality projects, is no stranger to the sustainable building trend.

It’s portfolio includes five-star resorts such as the Park Hyatt in Hadahaa, Maldives and the Alila Villas Soori, a resort in Bali, Indonesia owned and designed by Chan; condominium complexes in Singapore such as The Marq and The Ladyhill; and most recently, a luxury apartment complex called the Soori High Line in New York City, which features 16 apartments with private, heated swimming pools.

But even while creating lavish interiors, architects do not have to compromise on qualities such as resource efficiency and sustainability, according to Chan.

True luxury is knowing you are enjoying comfort while being in equilibrium with nature.

“True luxury is knowing you are enjoying comfort while being in equilibrium with nature,” he says.

Thanks to such efforts, Chan’s Alila Villas Soori resort has earned a Silver-Certified status from EarthCheck, as has the Park Hyatt Hadahaa in the Maldives. EarthCheck is an international scientific benchmarking, certification and advisory group for sustainable business practices in the travel and tourism sector.

Another SCDA project, the Alila Villas Hadahaa, in 2009 became the first Maldivian resort to win the ‘Building, Planning, and Design’ certification from United States-based Green Globe, another certification body for sustainable tourism businesses and their suppliers.

Back in Singapore, Chan has also led projects such as the public housing estate, Sky Terrace@Dawson, whose distinctive facade and vertical greenery set it apart from most other uniform, rectangular blocks developed by the city-state’s Housing Development Board. He also oversaw the retrofit of a historical chapel in central Singapore to become the National Design Centre, a hub for designers and businesses in the city-state.

The latter project helped SCDA Architects clinch the World Architecture News.com (WAN) Adaptive Reuse Award 2014, with the jury commenting that the project “forms a unique contribution to the urban fabric in the conservation district of Bras Basah, regenerating an existing structure to form a diverse flexible space for interaction and learning”.

The SkyTerrace@Dawson complex, while a departure from SCDA’s portfolio of luxury residences, reflects the same approach to incorporating nature and sustainability into the building design as the firm’s other projects, says Chan.

For the 758-unit development, which is located close to Singapore’s commercial district and features five residential towers ranging from 40 to 43 storeys high, “a key consideration was creating green spaces and a sense of community for the residents to enjoy,” says Chan.

Achieving this aim involved the creation of landscaped terraces, rooftop rainwater harvesting, and the incorporation of landscape elements known as bio-swales to keep everything green and lush, he notes.

The buildings also feature a north-south orientation to minimise heat gain from the sun, a 68.7 kilowatt-peak solar energy system, and numerous sky gardens.

Such sustainability features “become naturally integrated” into the process of designing a building that gels with its surroundings, shares Chan. “Sustainability principles are an important tool in order to accomplish a design goal,” he says.

This interview is brought to you by the International Green Building Conference (IGBC) 2015, a three-day event that will convene more than 1,000 architects, engineers, building professionals, urban planners and other thought leaders from over 30 countries in Singapore. The Building and Construction Authority (BCA) is the organiser of IGBC 2015. To hear more from Chan Soo Khian and other experts, register for the event here.